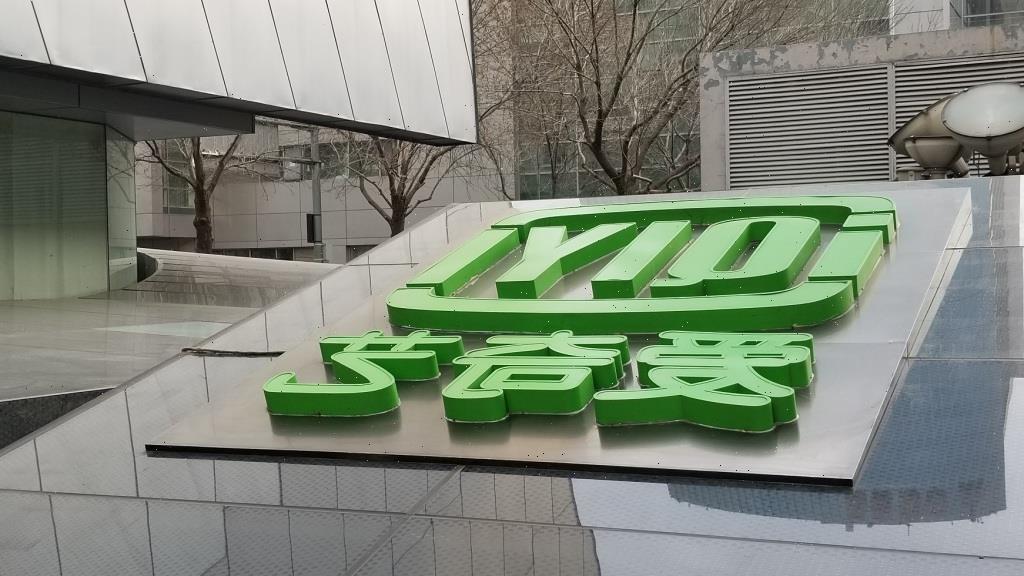 Chinese streaming video platform iQiyi has announced plans to raise $285 million from a private placing of shares, part of which will be taken up by parent company Baidu.

The move comes in the same week that the NASDAQ-listed company said it was suspending its weekend live broadcasts of English Premier League football (soccer) due to the sport’s public displays of solidarity with Ukraine.

iQiyi is understood to have informed the Premier League that it would be removing the coverage following the league’s announcement that a “moment of reflection and solidarity” would be held before matches at the weekend. Several teams also displayed armbands in the blue and yellow colors of the Ukrainian flag. In other instances, pro-Ukraine messaging was visible on in-stadium advertising boards.

The Chinese government position on Ukraine is an awkward one. While China’s long-standing foreign policy emphasizes state sovereignty and non-interference in other countries’ domestic affairs, China recently allied itself even more closely with Russia whose cross-border military activity has jolted global economics and created new unity of purpose among many of China’s political and economic rivals.

China has downplayed the conflict in Ukraine and resisted calling it a ‘war.’ Foreign Ministry spokesmen have blamed the U.S., Western European countries and the NATO military alliance for threatening Russia’s security and thus causing the war. China has also called economic sanctions against Russia “immoral.”

Soccer is highly popular in China and iQiyi stepped in to become the primary EPL licensee in China, signing a four-year contract in 2021, after the collapse of a deal with PPTV. Rights are also sub-contracted by iQIYI to China Mobile’s Migu platform.

iQiyi’s fund-raising also followed just days after the announcement of fourth quarter and full year 2021 financial results. These showed RMB6.2 billion ($968 million) of annual losses and declining numbers of paying subscribers. But the company portrayed these in a positive light, showing that average revenue per user had increased, pointing to a stronger fourth quarter and explaining that recent cost cutting measures were already having a positive effect.

The company recognized RMB178 million ($28 million) of severance costs in the fourth quarter, but it has provided little public detail of where it cut jobs.

“We are committed to our operating strategy that centers around improving our business operating efficiency and generating shareholder values,” said Gong Yu, iQiyi’s founder, director and CEO.

Following the results announcement, financial analysts at firms including UBS, JP Morgan and Nomura Securities increased their price targets for the firm’s shares and the stock rose initially. But, along with other U.S.-traded Chinese stocks the shares of iQiyi tumbled sharply again on Tuesday as investors became increasingly concerned about the effects of the war on the global economy. At $3.96 per ADR share, the company has a market capitalization of $3.10 billion.

Variety calculates that the new shares, which are not registered with U.S. securities regulators and cannot be publicly traded, represent 8.4% of iQiyi’s current issued share base or 7.74% of the enlarged share total. Baidu is subscribing for roughly a third of the new shares, while financial investors including Oasis Management, take the rest.

In an unrelated move, iQiyi has begun screening in mainland China of “Something in the Rain,” a 2018 South Korean drama series starring Son Ye-jin and Jung Hae-in, from March 3, 2022.

Korean content had been under a de facto ban by Chinese authorities since 2016 due to the poor political climate between China and Korea.

Following a recent improvement in conditions, iQiyi this week claimed that it was bringing back Korean shows in the country. However, state-owned Mango TV had already got there first and began airing 2016 series “Saimdang” from January.

IQiyi reports that JTBC-produced “Something in the Rain” quickly became one of its top five shows. But it may be a controversial victory given that relations between the two countries took a knock during the recent Beijing-held Winter Olympics, when there was a furious international row over biased umpiring in the speed skating competition. South Korean social media also blew up with claims that the Zhang Yimou-directed Olympic opening ceremony had appropriated the Korean national dress known as a ‘Hanbok.’

Chinese social media has carried negative comments about the return of Korean content. “[Korean dramas] can stay banned … Why are you starting this?” one user commented on iQiyi’s Weibo social media feed and earned more than 49,000 “likes.”

Korean drama series have been huge hits around Asia for much of the past decade, with regional and international streamers competing fiercely to secure rights. In the past two years, iQiyi entered the fray by co-producing Korean series such as “Jirisan” through its Singapore-based international service, even though there was little prospect of the original shows playing in mainland China. It has been reported that iQiyi is planning a Chinese remake of “Something in the Rain” that will play in mainland China from mid-year.