Viewers have hit out at a mother who imposes a strict studying regime on her 11-year-old son to prepare for Child Genius.

Maths wizz Gar Jun, 11, from Birmingham, took part in the quarter-finals of the Channel 4 quiz show tonight and wowed judges with his performance in the gruelling science round.

But despite his 12-point score putting him at the top of the leaderboard, his star turn fell far short of mum Faye’s expectations and fans have criticised her tough approach.

The restaurant owner extols the virtues of the ‘strict’ Chinese education system and insists he spends every free minute studying for his exams – giving him just three minutes to relax in between sessions. 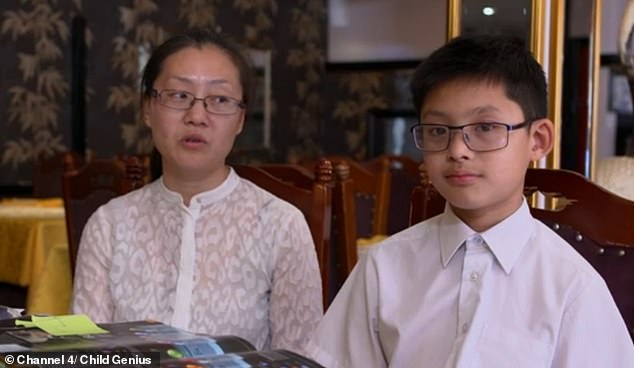 Child Genius contestant Gar Jun, from Birmingham, with mother Faye who believes in the traditionally ‘strict’ Chinese education system and makes her son study round the clock 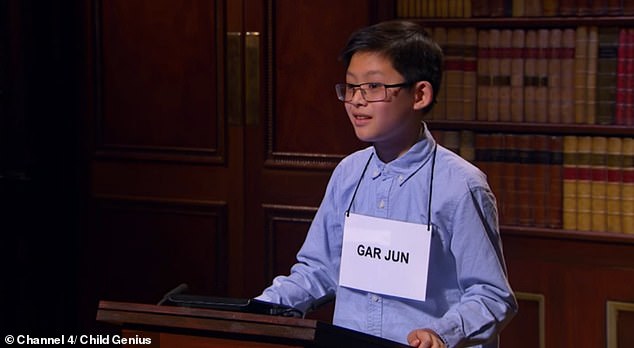 Gar Jun put on an impressive performance tonight. But despite his 12-point score putting him at the top of the leaderboard, his star turn fell far short of mum Faye’s expectations

Watching at home, one viewer tweeted: ‘Gar Jun’s mum’s expectations are far too high. The lad did well and is currently at the top, just be happy for him for that!’

Another wrote: ‘Children should be allowed to make mistakes. Part of growing up.’

While a third penned: ‘Omg instead of praising him, she tells him silly mistake! F*** off these parents geeeeez.’

Fans were equally shocked when, during previous episode, Gar Jun’s father warned the youngster that his ‘only’ option was to come first.

The annual Channel 4 quiz show returned on Thursday night where the remaining 11 children from across the UK competed for a place in tomorrow’s semi-final.

Not impressed: Viewers have hit out at Gar Jun’s mother who imposes a strict studying regime on her 11-year-old son to prepare for Child Genius during tonight’s quarter-finals 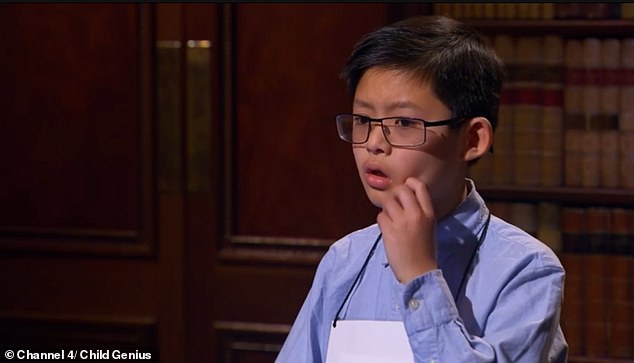 Quizmaster Richard Osman put Gar Jun, pictured, through his paces in the science round and the 11-year-old finished with 12 points – enough to see him through to the next round 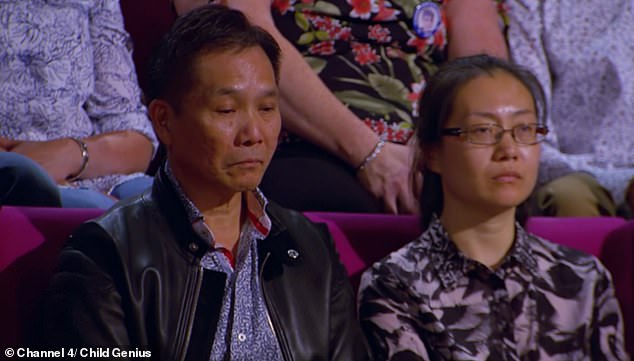 Gar Jun’s parents watching the science round. Despite his 12-point score putting him at the top of the leaderboard, his star turn fell far short of mum Faye’s expectations 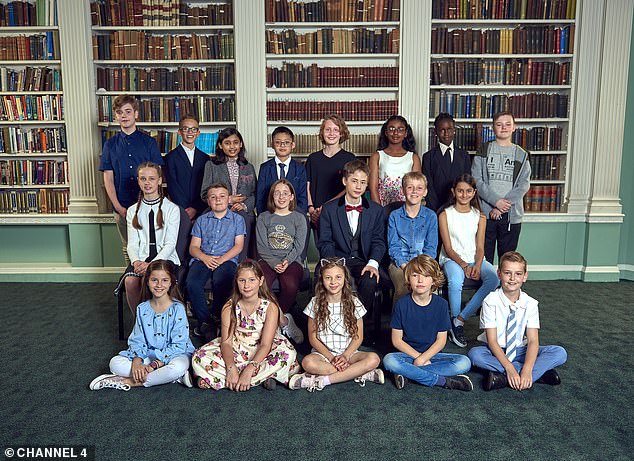 The 19 entrants in this year’s Child Genius (Gar Jun back row, fourth left). On Thursday there were just 11 remaining, and youngsters were tasked with taking part in another memory round

But there was some tough competition as quiz master Richard Osman put the youngsters through their paces.

In the first of two rounds, competitors had to demonstrate an extraordinary range of knowledge about some of the world’s most complex scientific principles.

And in the afternoon they took on yet another a fiendishly difficult memory round, learning the scientific and common names of marine animals.

Despite a promising start, Birmingham boy Michael scared just six points in the first round, his lowest so far, when he buckled under pressure.

His mum Jo, who has also provoked outrage among viewers, admitted she was ‘disappointed’ but had ‘every confidence the youngster would make it to the semi-finals.