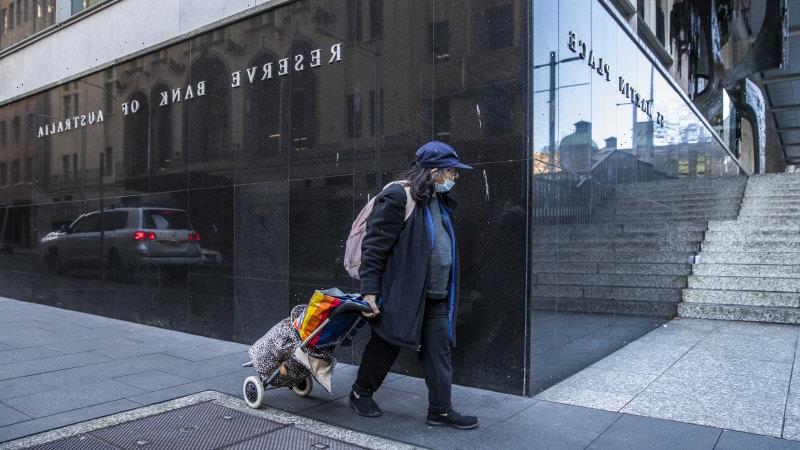 The Reserve Bank could be forced into lifting interest rates soon after next year’s federal election after a surprise spike in inflation due to surging home building costs and the nation’s highest petrol prices on record.

The Australian Bureau of Statistics on Tuesday report consumer prices increased 0.8 per cent in the September quarter to be up 3 per cent over the year. 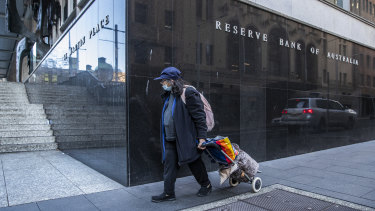 The Reserve Bank of Australia could hike rates sooner than expected.Credit: Louie Douvis

The RBA has said it expects to keep official interest rates, currently at 0.1 per cent, on hold until at least 2024 when it believes inflation will be “sustainably” within its 2-3 per cent target band.

But financial markets, which pushed the Australian dollar and bond rates up after the inflation figures, believe the RBA will have increased interest rates at least twice by the end of next year.

AMP Capital chief economist Shane Oliver said the chances of rate hikes are getting closer, arguing a 0.1 percentage point increase in November next year could be followed by a quarter percentage point hike the following month.

He said the RBA wouldn’t rush to a rate hike as it wants to see inflation within its target range for a period of time and this would require more than pandemic-driven price bumps.

“However, with the economy now recovering again we believe that the conditions for the start of rate hikes will now be in place by late 2022,” Dr Oliver said.

“While this will mean an increase in consumer and housing interest rates, the overall level of the cash rate will still be incredibly low and will be far from ‘tight’ monetary conditions,” he said.

Through the September quarter, transport costs nationwide jumped by 3.2 per cent, driven by a 7.1 per cent in fuel prices, which hit their highest level on record.

Food and non-alcoholic drinks costs increased 0.3 per cent over the quarter with restaurant and takeaway meals both up strongly due to state voucher schemes dropping off.

The ABS said the vouchers reduced the out-of-pocket costs, and fewer being used in the September quarter meant prices increased. Fruit costs fell 8.3 per cent, with good growing conditions for berries, citrus and avocados.

New housing costs, which had been held down by government assistance programs such as HomeBuilder, jumped by 3.3 per cent, the largest quarter increase since the introduction of the GST in 2000.

As the assistance programs end, housing costs will continue to climb and push up inflation.

The RBA has said a key issue affecting inflation and interest rate settings will be wages growth. Inflation is now well above wages growth, diminishing the spending power of Australians.

Giving evidence to a Senate estimates hearing, Treasury secretary Steven Kennedy said a lift in wages would be “no bad thing”, suggesting businesses may have to fatten pay packets to attract staff.

EY chief economist Jo Masters said the RBA said setting monetary policy during a period of uncertainty was not easy and changes could take years to have a full effect.

“While the first rate hike seems likely to occur before 2024, Australia’s economic dynamics suggest there is no rush to raise the cash rate,” she said. “Indeed being a laggard in the global tightening cycle can be helpful for a small, open economy that is recovering from a significant economic shock in the September quarter.”