The Catholic Archbishop of Sydney, Anthony Fisher, has denounced "discrimination against people of faith" that he believes has sadly left Christmas as one of the few times when religious expression is tolerated.

In his Christmas message, Archbishop Fisher said there had been promises of new measures to protect religious freedom a year ago. 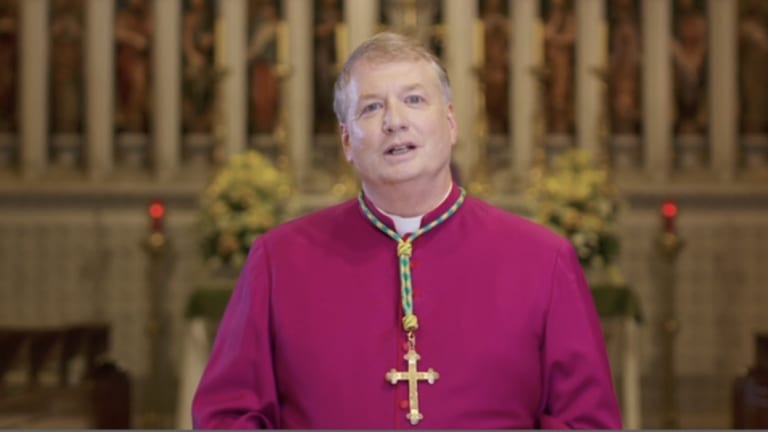 “Discrimination against people of faith has become more acceptable in some quarters”: the Catholic Archbishop of Sydney, Anthony Fisher, delivers his Christmas message.Credit:YouTube

"A year later and governments have done nothing about this," he said. "Indeed, we've gone backwards and discrimination against people of faith has become more acceptable in some quarters."

Archbishop Fisher said there were those in Australia who wanted "the same baby we celebrate every December" to be put away with the Christmas decorations for the year.

"A hard-edged secularism would exclude faith, and the faithful, from public life," he said. "Root out our Judeo-Christian heritage from law and culture and confine faith to an ever-narrowing field of private life.

"We've witnessed moves to make the celebration of the sacrament of confession illegal, to defund church schools, to charge an archbishop with discrimination for teaching about marriage and to deny faith-based institutions the right to choose what kind of community they will be."

Pope Francis urged priests who have sexually abused children to turn themselves in to face ‘‘human justice and prepare for divine justice’’ in his own Christmas speech. However, Archbishop Fisher made no reference to this issue and instead emphasised the church’s role in healing humanity.

"The recently canonised Pope, St Paul the Sixth, told world leaders that what the church asks of them is only liberty, liberty to believe and preach her faith, the freedom to love her God and serve Him, the freedom to live and to bring to men her message of life," he said. 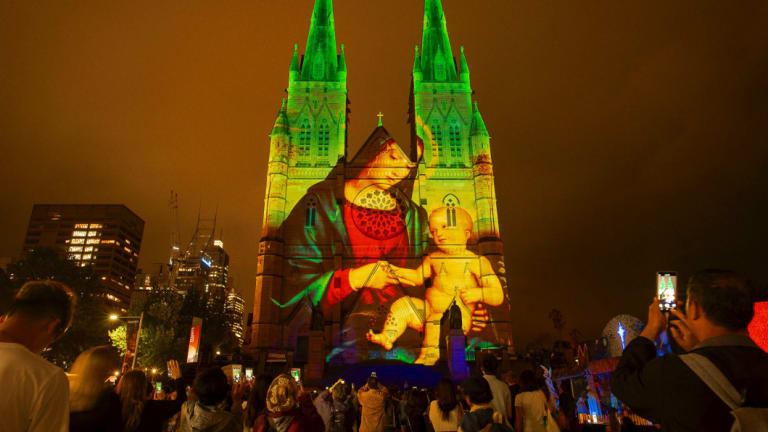 "In exchange, the church comes to heal humanity, [St Paul the Sixth] said, to transfigure it and fill it with hope, truth and beauty …

"The Christmas message of hope and healing is religious freedom writ large, not for exclusion or power, but for love and service."

The Anglican archbishop of Sydney, Glenn Davies, paid tribute to the country's surf lifesavers and bushfire fighters in his Christmas message.

As well as being a season of golden days and warm evenings, Dr Davies said fire and water can "turn against us in a moment and we need saving" over summer.

"How welcome are the faces of the surf lifesavers or the bushfire fighters who spend their summers risking their own lives to save us when we are in trouble," he said.

"At Christmas, we celebrate the arrival of a saviour for all time … When God, who created us, says we need a saviour and sends one,  we should listen."

The chief executive of Wesley Mission, Rev Keith Garner, noted that Christmas would be a time of loneliness and despair for many Australians.

But Lifeline volunteers would be taking calls and others would be supplying a hot meal and gifts at the mission's aged-care and homeless centres while assuring those separated from family or friends that "they matter and are loved unconditionally".

"We do not have to be the captive of our fears or beholden to an anxious future," Dr Garner said.

"This Christmas let us receive this truth and this love into our hearts, exchange selfishness for forgiveness and reach out to others with genuine warmth and compassion."