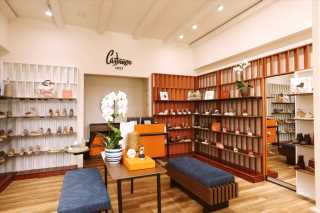 Like many international brands, Castañer’s retail division has entered the U.S. market through Miami.

The nearly century-old Spanish brand has opened a franchised boutique in Aventura Mall and plans to expand its franchise agreement with the same partners to other U.S. regions, especially those in warm climates such as southern California and Texas. Castañer owns its retail stores in Spain and France, but prefers franchises in select markets, including all six locations throughout Latin America.

“Franchises with young, fresh professionals are a better formula. We have the impression that this is just the beginning,” said third-generation owner Rafael Castañer, referring to U.S. franchisers Marinés Planchart and Jean Pierre Taboada.

The couple reside in the Dominican Republic, where they have owned and operated a franchise at Ágora Mall in Santo Domingo for three years, in addition to franchises in Barranquilla, Colombia and Miami. The deal encompasses a 50-50 venture for the U.S. website’s e-commerce business, according to Taboada. Until the full site launches later this year, a makeshift website attends to the Miami store’s online transactions.

“Castañer’s European website’s e-commerce is very strong. [The company reported it accounts for 57 percent of sales in Europe compared to its brick-and-mortar stores there.] But our main focus now is on the boutique and getting customers into the store to try on products,” said Taboada. 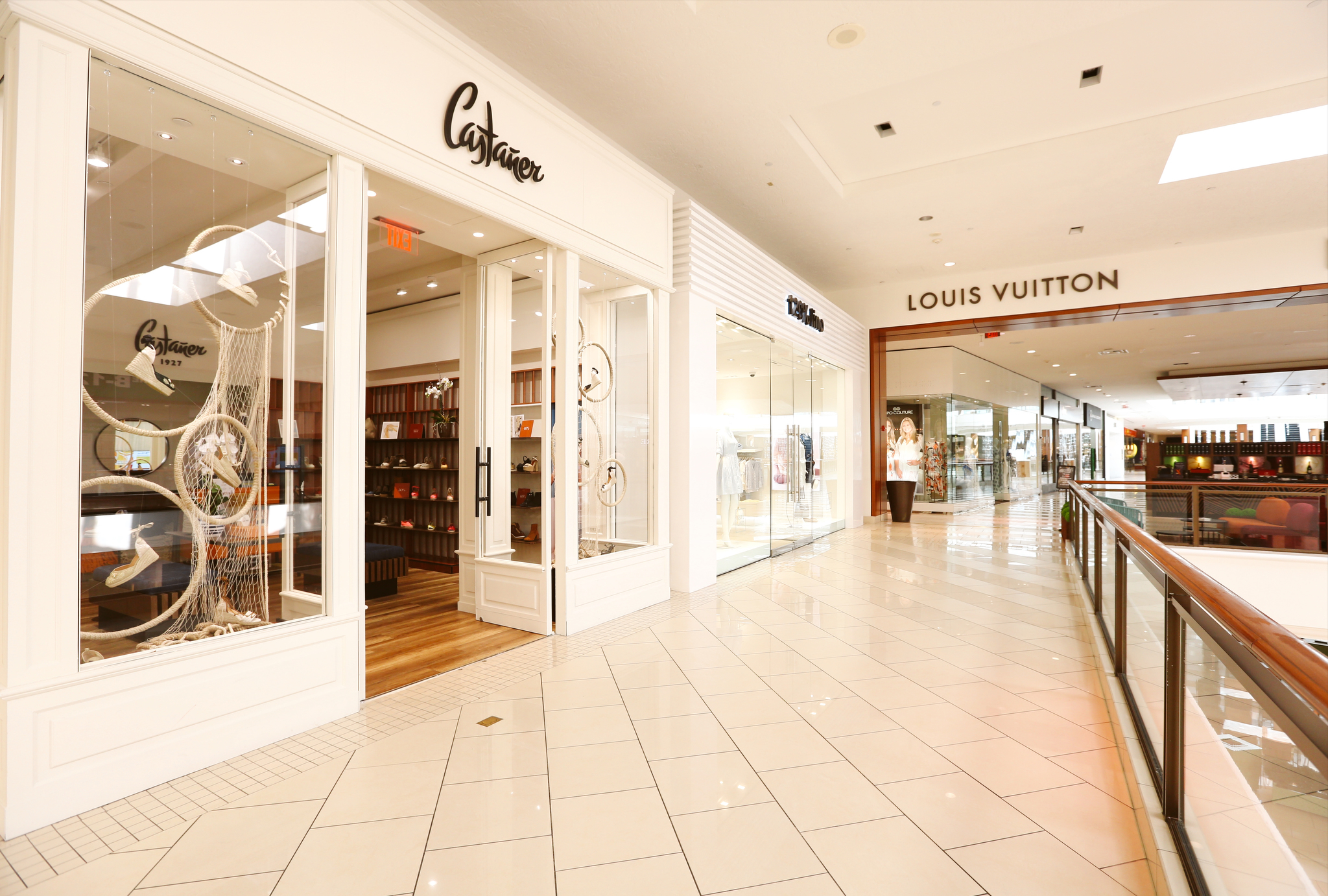 Planchart and Taboada chose Aventura Mall for its cachet with brand-obsessed Latin Americans. Flanked by Loft and 120% Lino, their 500-square-foot boutique conveys Castañer’s design prototype such as pops of citrus orange and airy, clean interiors on a smaller scale. Taboada said foot traffic is slower due to the pandemic, which also meant missing out on brand-recognition boosters like a store opening party. But he said word of mouth and social media are driving interest.

“The brand has amazingly high customer loyalty. We see how people buy a pair of shoes every few months versus once a year, because it’s a timeless, affordable piece for your closet,” he said, citing double-digit increases in annual sales at his Dominican Republic store. “Even in the pandemic, our D.R. business grew 25 percent from last year.”

Eighty percent of Miami’s inventory caters to women’s collections. The Chiara espadrille with a towering wedge heel has been the runaway hit. The assortment also represents looks from spring 2021’s collection inspired by 1960s counterculture and the brand new Paul Smith capsule collection for men and women. Building on numerous previous collaborations with brands ranging from Manolo Blahnik to Missoni, the partnership blends Paul Smith’s aesthetics and Castañer’s signature styles and made in Spain craftsmanship. Paul Smith’s signature stripes and swirls in quirky color combinations appear in several treatments for the men’s Pablo espadrille and in some variation on every part of women’s espadrilles. The women’s classic Carina espadrille features swirls on digitally printed cotton canvas and jute wedge heels that resemble rainbows, while swirl-printed grosgrain ribbons for elaborate ties and woven materials adorn the Coralia wedge espadrille and Jean flat espadrille. The men’s Paul, a hybrid suede loafer and jute espadrille, comes in six hues with striped grosgrain ribbon details. An oversized Paul Smith logo is stamped on the rubber soles of every pair — Paul on the left and Smith on the right. 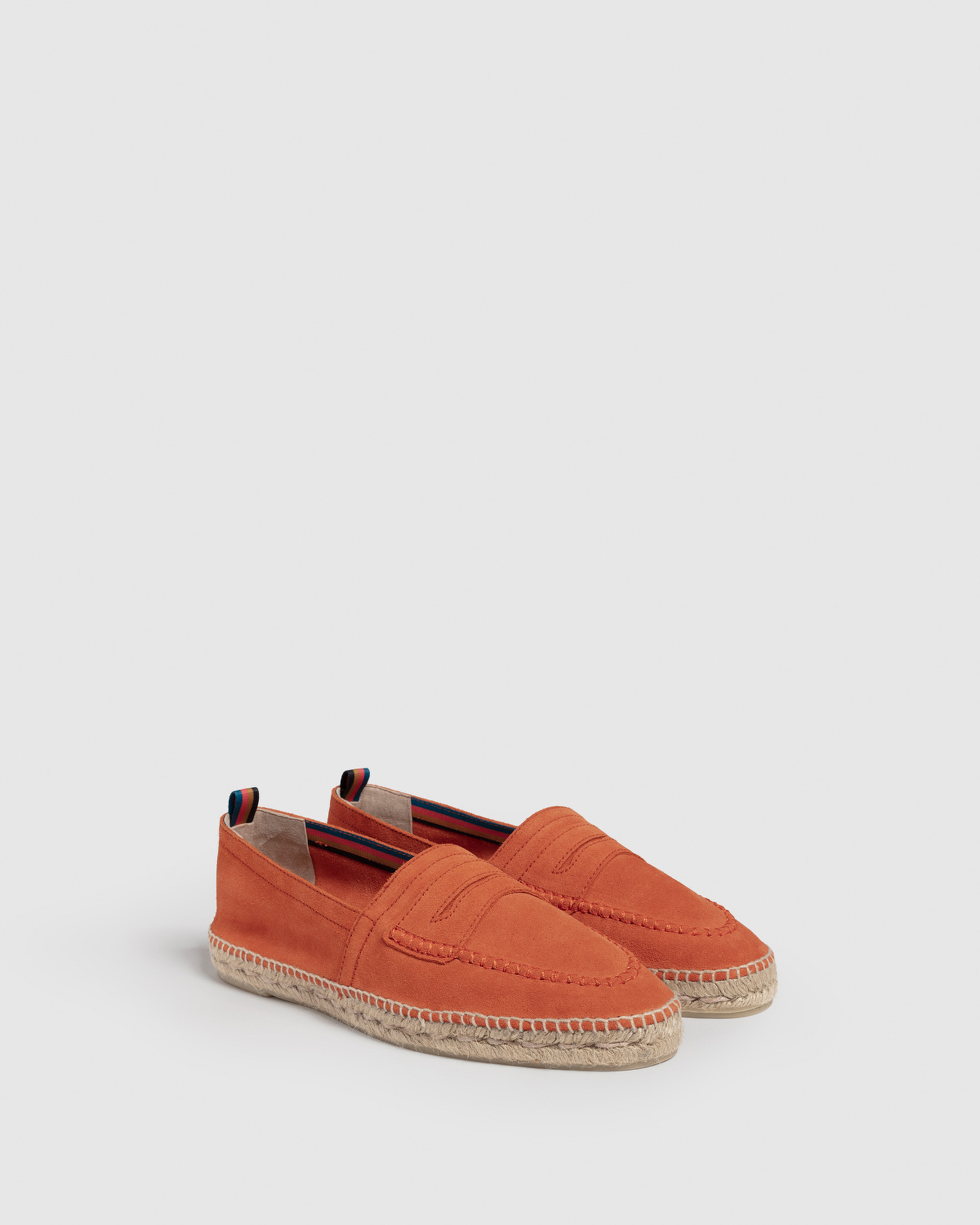 The capsule will make its debut at Castañer’s stores and e-commerce, franchises and select wholesale accounts like Bergdorf Goodman on Tuesday. Castañer oversees 35 wholesale accounts in the U.S., among nearly 800 worldwide, and is working with Planchart and Taboada to identify new markets for franchises.

“Besides California, I love the Hamptons,” said Castañer, who compared the summer resort region to the Mediterranean. “It’s very us. Lots of chic people with good taste.”

Taboada is scouting both high traffic shopping centers like Houston’s Galleria and districts with shopping streets like San Diego’s Coronado Island. He’s also considering Mexico, Puerto Rico and Canada, and is open to branching out in South Florida.