Making a splash! Cardi B released the official music video for her new track, “Money,” on Friday, December 21, and it just may be her most bold of 2018.

The three-minute, 25-second mini-movie is a visual feast for the eyes, featuring the “I Like It” rapper in plenty of eye-grabbing getups … as well as in the buff. At one point, the Grammy nominee, 26, bares her butt for the camera as she sits at a piano stark naked.

The video is also generating buzz for a scene that shows Cardi breast-feeding while wearing couture garb, making for an image not unlike Rachel McAdams’ recent photo shoot for Girls, Girls, Girls, in which the Notebook actress posed in Versace while pumping breast milk in a hands-free bra. The baby likely is not Cardi’s 5-month-old daughter, Kulture, whom the notoriously private mom has only showed off once on Instagram. 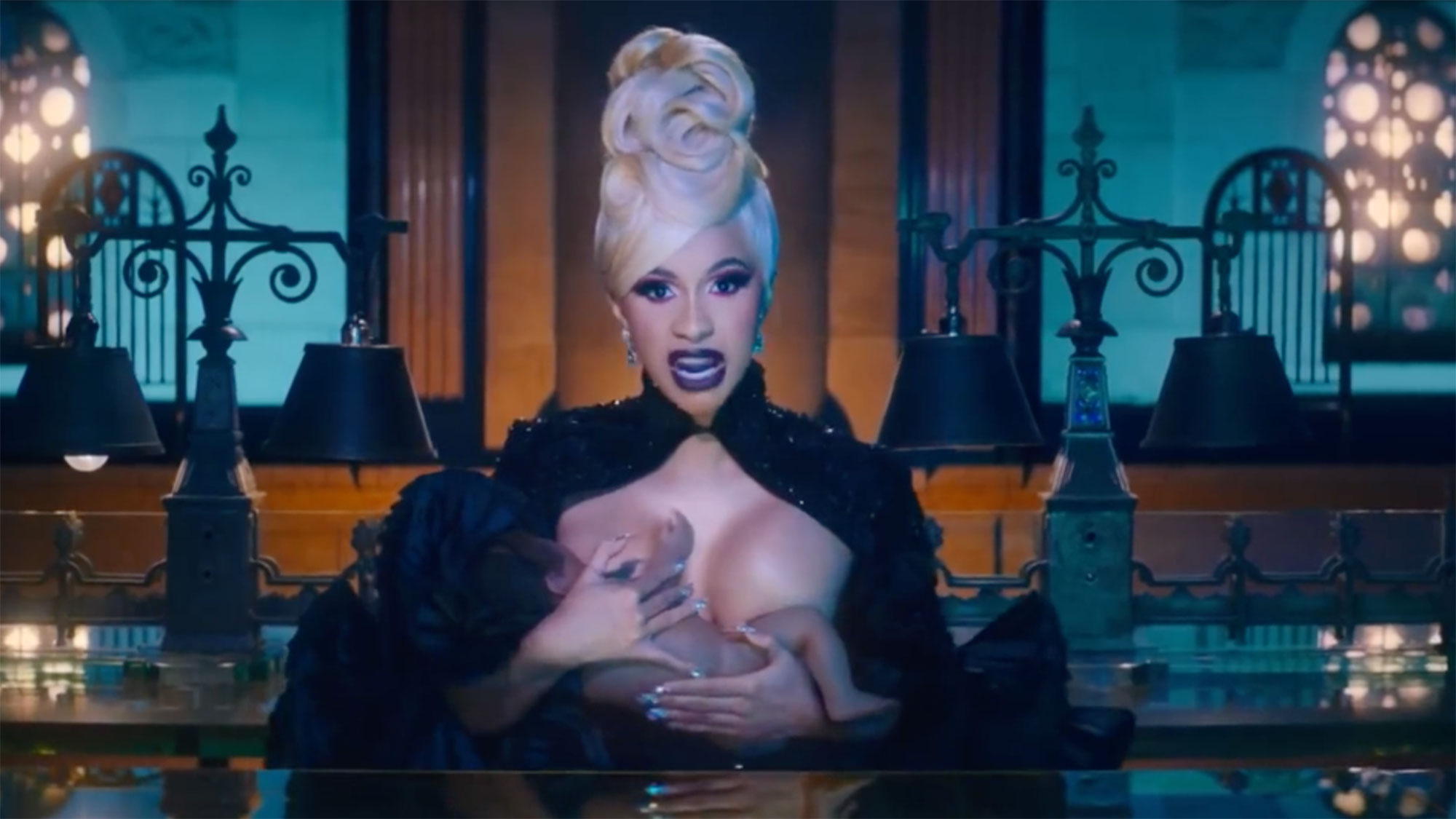 Later in the clip, Cardi pays homage to her roots as a former stripper as she shows off her skills on the pole while simultaneously posing as a client who showers her alter ego with money.

The musician has been focused on her career since announcing her split from Offset earlier this month amid allegations of his unfaithfulness.

“Cardi is strong and going to take care of her daughter and work. She’s going to live the life she built,” a source recent told Us Weekly.

The Love & Hip Hop: New York alum told Extra in an interview on Thursday, December 20, that she is very much looking forward to what’s in store for 2019. “I just feel like it’s gonna be a reset,” she said. “2018 was the good, bad and the ugly year. Like, a lot of good, but a lot of bad, a lot of ugly, all mixed together.”

Cardi B and the Migos rapper, 27, secretly wed in September 2017. They welcomed their daughter nearly 10 months later in July.