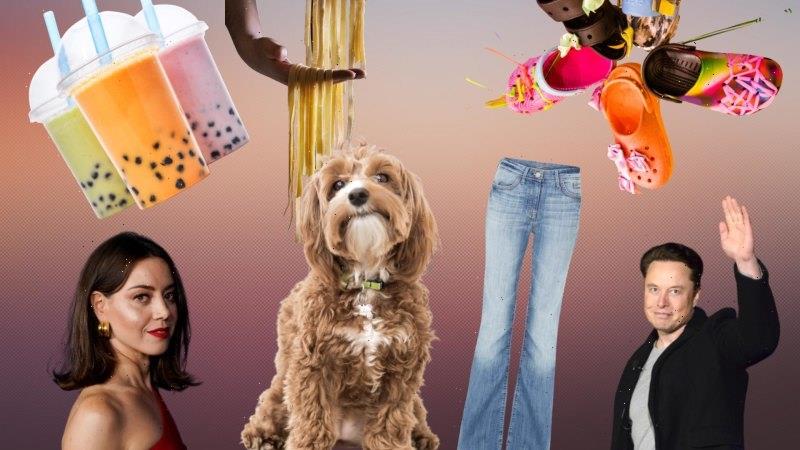 New year, new me … or at least that’s what we usually say.

Except 2023 is different. Instead of social media feeds being clogged up by New Year’s resolutions and gym selfies (because that’s so 2021), we are seeing a different trend flooding the feed, and that’s “ins and outs” lists.

So, what are they, who’s doing them, and what do they say about us? 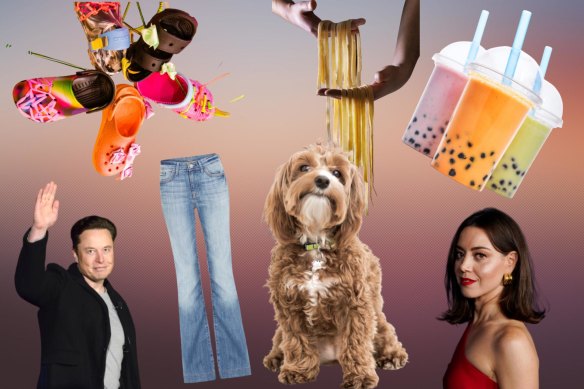 Forget New Year’s resolutions, ‘ins and outs’ is the latest trend for 2023.Credit:AP/SMH/Supplied

Is this just another trend for bored people on holidays?
Yep, that’s right, but this one is kind of fun. Instead of telling the world that you’re going to drink less and exercise more in 2023, you are letting people know what you’re keeping, or bringing back, in the new year, and what you’re chucking in the bin.

Where do all these trends come from?
In an age when TikTok and Instagram are at your fingertips, something small can easily explode into a viral sensation, but there is yet to be a clear-cut formula that guarantees something will go viral and become a trend. Some trends will go on for days, months or years, while others will disappear into the void, never to return (surely the ’00s trend of pants under dresses won’t come back). 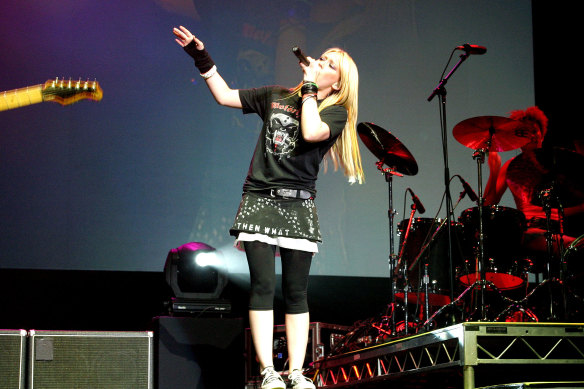 I love Hilary Duff just as much as the next person, but pants under skirts and dresses should never return.Credit:Domino Postiglione

For the most part, trends are an indication of a changing social and cultural environment, and often we see things that were once unfashionable become the next big thing (think mullets and chokers). But it’s also about a desire to fit in and be accepted, and often that can relate to appearances and interests.

OK, but how did the ‘ins and outs’ trend start?
Magazines, websites and blogs have been posting their predictions on what is likely to go in the New Year (the Washington Post’s list dates back to 1978!), and what people will bring back (much like the clog in 2022). Some predictions are tangible, such as what fashion trends we will see in the coming months. For example, cargo pants will lose their cool, but kilts will be the next big thing.

Others have picked a specific topic and run with it. Like podcaster and actor Harry Hill, who made his 2023 ins more like whacky pop-culture predictions (Leonardo DiCaprio will date an older woman, you heard it here first).

But now your everyday citizen has jumped on the bandwagon, and while some predictions are serious and backed up by *coughs* reason, others go with more of the vibe of the thing.

Is it just one big joke?
A lot of the posts are a bit of a joke, but reading through what other people are keeping or shedding in the New Year can actually be a really great way to reflect on what you do and don’t want in 2023.

For example, it’s good fun to say that dating toxic people is out, but it’s also an opportunity to think about what qualities you want in a partner and what you’d rather avoid.

And it’s also been an indicator of things that have become more important post-pandemic, like mental health, wellbeing and self-care.

So, when will this trend be over? And will it return in 2024?
Who knows how long ins and outs will stick around for, but just like New Year’s resolutions people will start forgetting about them or bending the rules a little. In January, you sit on your high and mighty throne saying that Twitter will be in the bin, but next thing you know you’re paying $8 a month for Twitter Blue.

I think I’ve got it. So, what are your ins and outs?
As I said earlier, sometimes it’s just the vibe of the thing, and that’s the formula I used for my ins and outs in 2023. I am desperate to say goodbye to Elon Musk, anything to do with almonds (the most useless nut), and in my opinion, Crocs never should have made a comeback.

But what am I looking forward to in 2023? Give me more Aubrey Plaza, potato wedges need to be back on every pub menu, and let’s all get to bed at a reasonable hour.