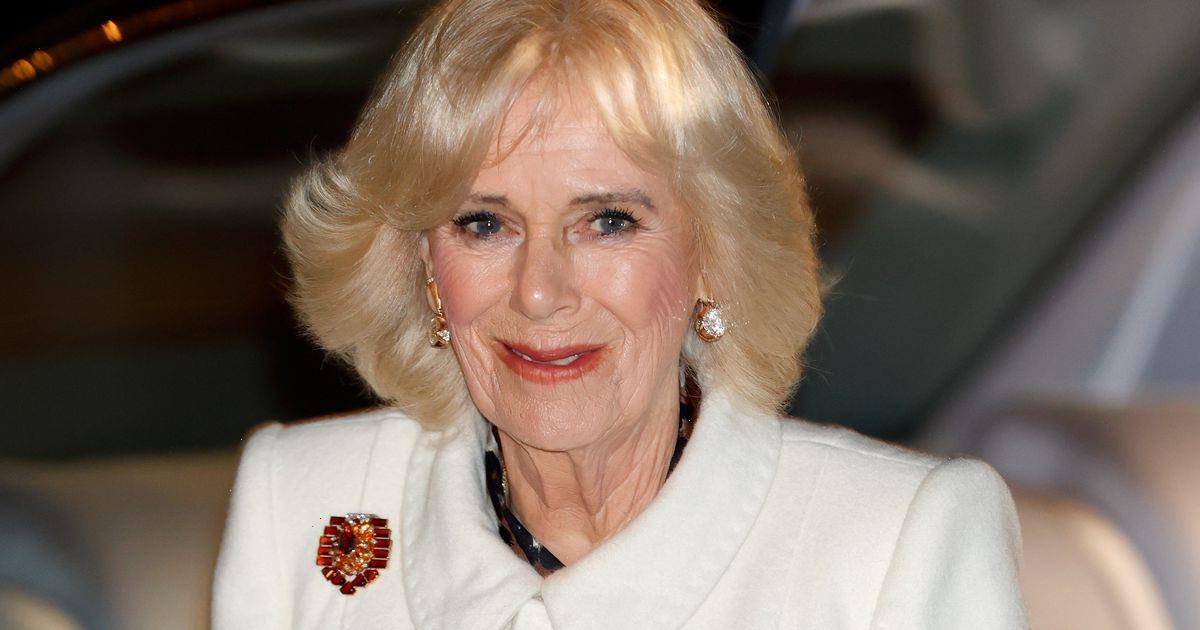 Camilla paid tribute to the Queen Mother with her jewellery choice on Thursday, as she attended the Together At Christmas Carol Service at Westminster Abbey.

The Queen Consort, 74, was all smiles as she arrived at the service, organised by the Princess of Wales, 40, along with her husband King Charles III, 74, on 15 December.

She sported a long cream coat with a floral dress underneath, which she paired with black boots, a leather clutch bag and matching gloves.

To finish off her look, Camilla wore small diamond earrings and an eye-catching brooch which once belonged to the Queen Mother.

The incredible piece is made up of diamonds and dark brown topazes – a dazzling gemstone which are believed to bring about the wearer's talent and ability.

The Queen Mother, who passed away in 2002, began wearing the brooch back in the 1930s, and Camilla started sporting it back in 2005 after she became the Duchess of Cornwall.

The piece, which the Queen Consort tends to save for autumn months, also features a curving diamond-set clip fastener.

Fine jewellery experts at UK retailer Steven Stone have taken a closer look at the brooch, and have revealed that they estimate it to be worth a staggering £5,000.

Diamond expert, Zack Stone, commented: “Typical of a design that you’d expect to see in the mid 30s, the brooch clearly holds a special place in Camilla’s heart as she’s chosen to wear it as the Duchess of York and the Queen Consort.

"It's not the only piece of jewellery that Camilla possesses that has a connection to the Queen Mother either – as well as multiple brooches that belonged to her, Camilla's engagement ring features a five-carat emerald-cut diamond, surrounded by three diamond baguettes that were given to the Queen Mother in 1929.

"Topaz is relatively abundant and can be found all over the world – as a result of this, it's not particularly expensive. With this in mind, I’d estimate the piece to be worth £5,000."

The Christmas carol service is the second Kate has held, having started the tradition in 2021. This year's event was dedicated to the late Queen Elizabeth II, who passed away in September aged 96.

The Prince and Princess of Wales arrived alongside their two eldest children, Prince George, nine, and Princess Charlotte, seven, with the foursome all sporting colour coordinated outfits.

Other Royals including Mike and Zara Tindall, Princess Eugenie and Princess Beatrice were in attendance, and Kate's parents and sister Pippa were also there to support her.