Cadbury has confirmed to The Sun that it's ditched the "least popular flavour" and replaced it with the "nation's favourite chocolate" – Dairy Milk. 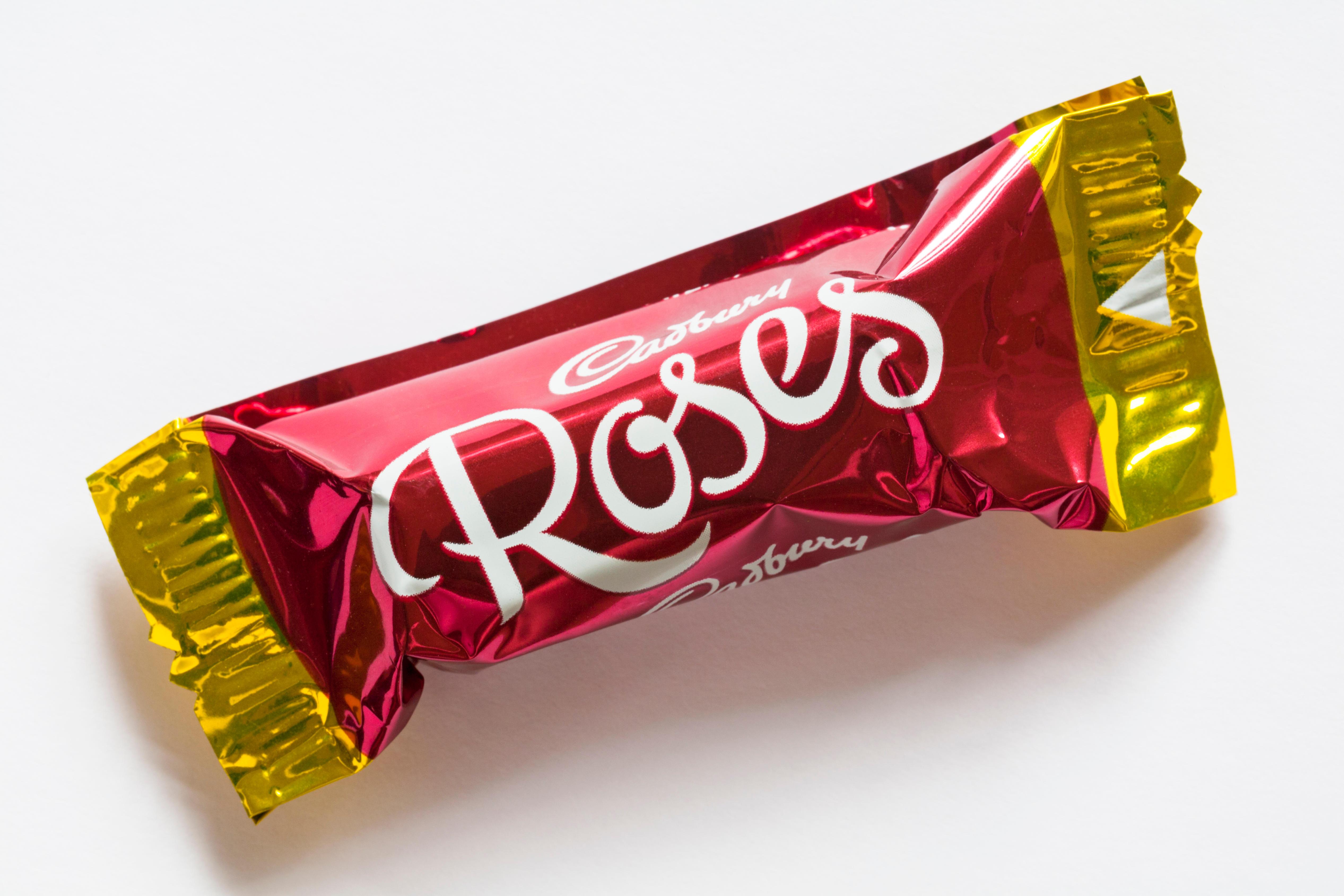 The chocolate retailer told us: "We know that people’s tastes change from time to time – and after listening to consumer research, we found that the Cadbury Dairy Milk chunk in Roses was missed, so we replaced the least popular flavour, Brazillian Darkness, with the nation’s favourite chocolate."

A YouGov poll of 1,842 people carried out last winter found that just one in 10 (10 per cent) Brits' favourite Roses chocolate was Brazilian Darkness.

This put the choc, which was ditched in April after being in Roses since 2002, in joint last place alongside Caramel Bite. Hazel in Caramel topped the list. 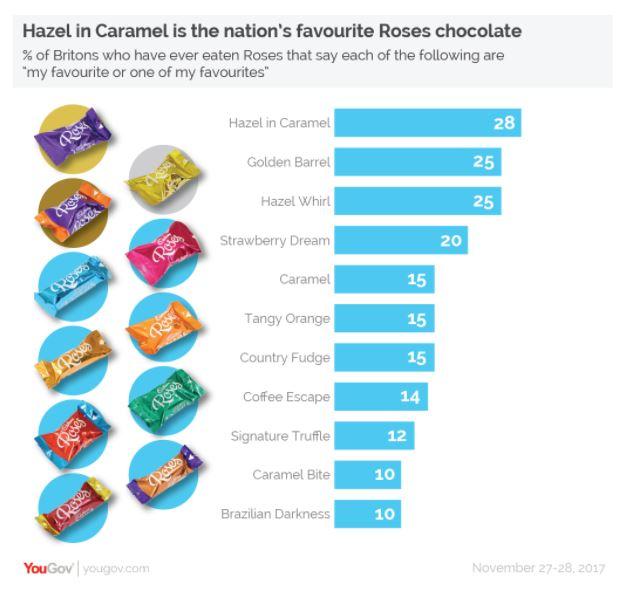 Cadbury told us it has no immediate plans to bring back Brazilian Darkness but did say that doesn’t mean it can’t return in future.

But the move hasn't gone down well, with chocolate fans gutted that their favourite dark chocolate treat has been unceremoniously dumped on the chocolate scrapheap.

One Twitter user called Mia wrote: "Just found out that Brazilian Darkness in the Roses tin have been discontinued. @CadburyUK you’ve actually ruined my Christmas.

"I had a break down in Tesco and I’m in the process of writing a grief-stricken email to your HQ." 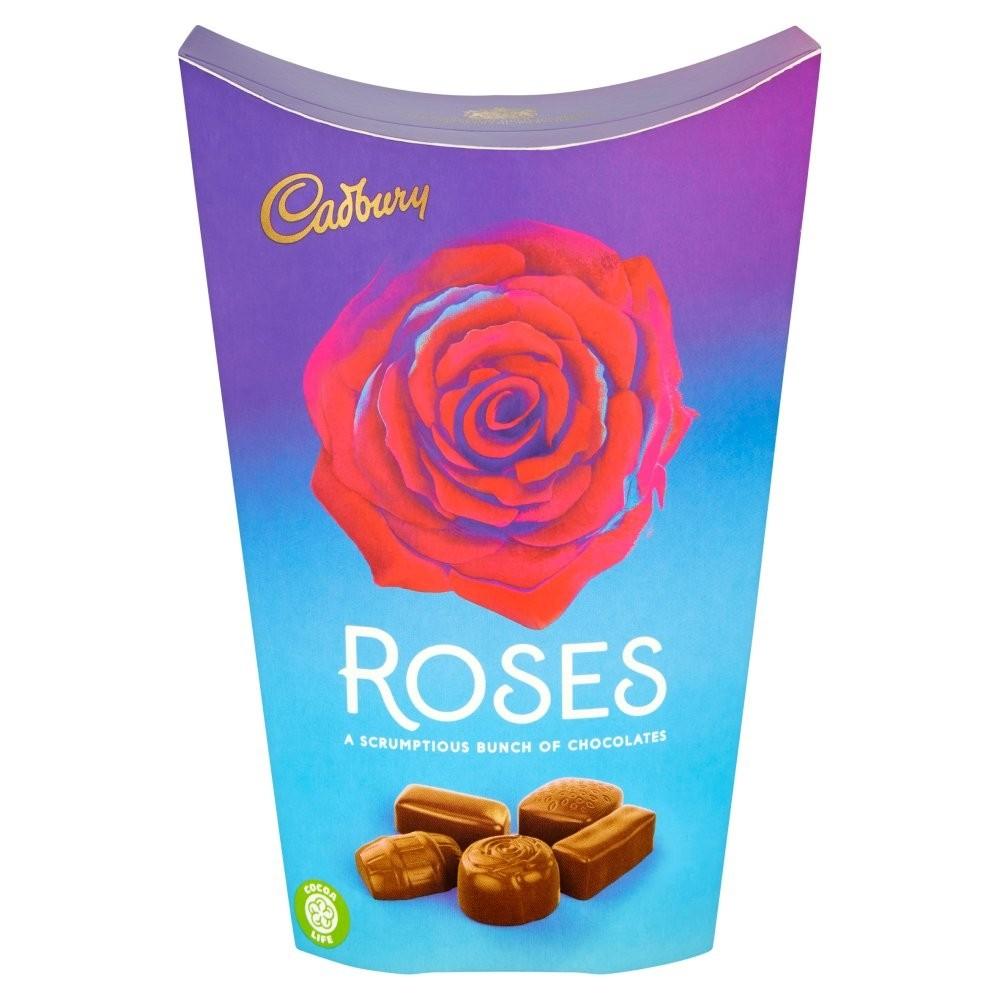 Another wrote: "Hang on here a second @CadburyUK what has happened to Brazilian Darkness? By far the best, bring it back or you’ve ruined Christmas #roses"

Someone else said: "@CadburyUK please send me any left over Brazilian Darkness roses please, they were my fave, gutted they are no more".

Meanwhile, others have questioned how Cadbury can ditch Brazilian Darkness when other more questionable chocolate flavours continue to exist.

"What on earth possessed Cadbury to ditch the Brazilian Darkness and keep Coffee Escape? Who on earth signed this off ffs?," one person Tweeted.

Another wrote: "How are we living in a world where Roses have discontinued Brazilian Darkness yet Bounty Celebrations endure? #cancelchristmas" 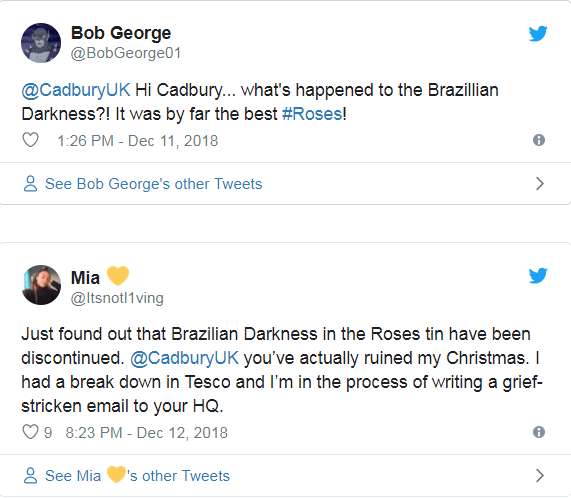 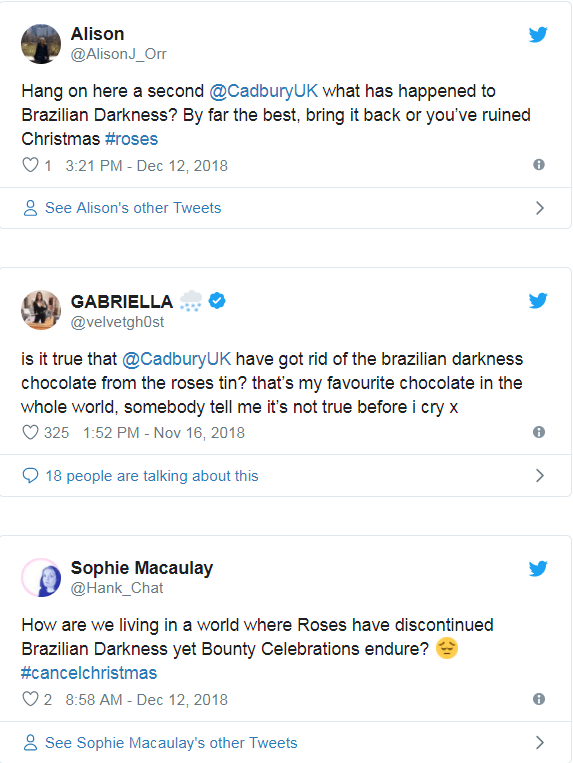 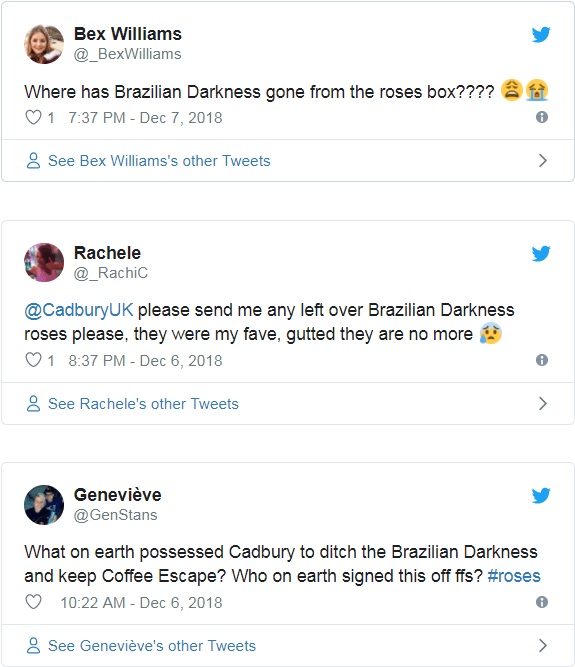 These are the 10 extinct chocolate bars that Brits miss the most.

Chocolate fan launched a petition earlier this year to bring back Cadbury’s Flake Snow to shops.

But there is a way you can get your favourite discontinued Cadbury Dream bar.