We love love! Brothers Osborne’s TJ Osborne celebrated his CMA Awards win by planting a sweet kiss on his boyfriend, ten months after publicly coming out.

TJ Osborne, of Brothers Osborne, celebrated his Vocal Duo Of the Year win with a little PDA! After TJ and his brother, John Osborne, were announced as the CMA winners in the category, both men appeared to give a sweet kiss to their significant others. This marked the first time TJ has been seen with a partner since coming out in February 2021. After the quick moment captured by cameras, the brothers took the stage to accept the major award, and spoke to the crowd about bringing unity to county music. 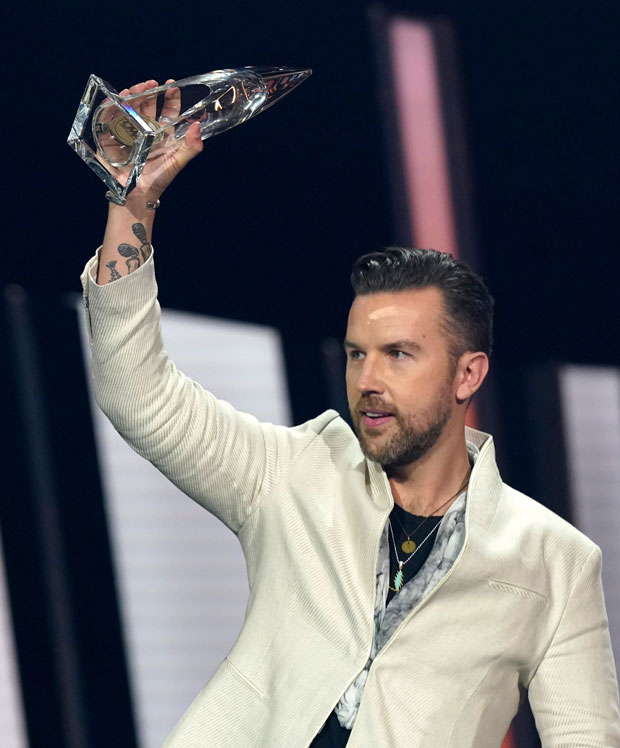 “Every time that we have won this award, it never ceased to be incredibly shocking. Thanks to everyone who voted for us, it’s been a crazy roller coaster of a year for us, especially for me, emotionally, and to have you all support me really does feel awesome,” TJ said as he took the mic and was greeted with major applause from the audience. The moment was met with so much support from fans on Twitter, with one writing, “tj osborne kissing his mans… at a country awards show… on live tv… as brothers osborne wins the award for best duo… just months after coming out… i love this!” Another added, “Brothers Osborne!!! Did not expect this. So happy for them. And so happy for lgbt representation.”

The “Stay A Little Longer” singer publicly came out via Time Magazine in February 2021. In the article, TJ admitted he has known he was gay since he was young and is “very comfortable” with his sexuality, but was concerned with a large part of the country music demographic, which can be a conservative, right-wing crowd. “I want to get to the height of my career being completely who I am,” he said at the time. “I mean, I am who I am, but I’ve kept a part of me muted, and it’s been stifling.”

In the article, TJ even referred to possibly bringing a future partner to an awards show with him. “For me to show up at an awards show with a man would be jaw-dropping to people. It wouldn’t be like, ‘Oh, cool!” he explained of his choice to come out in an interview. 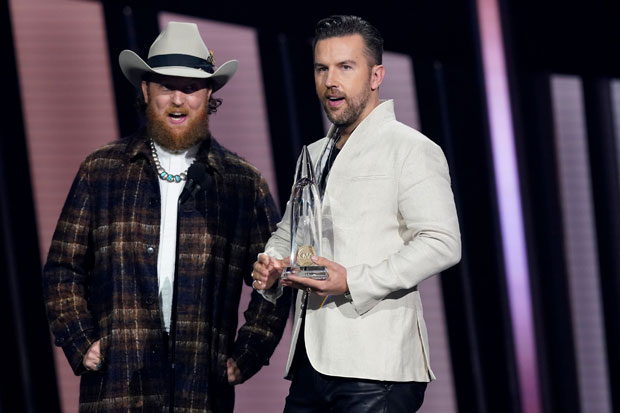 Brothers’ Osborne will perform their hit “Younger Me” at tonight’s awards, which brings “inclusivity” to the CMAs stage. “The fact that we get to play a song that is so meaningful, particularly to myself, at a country music award show, it’s one of those things that just kind of transcends the awards itself, money itself, fame,” TJ Osborne told the Associated Press ahead of Wednesday’s program.