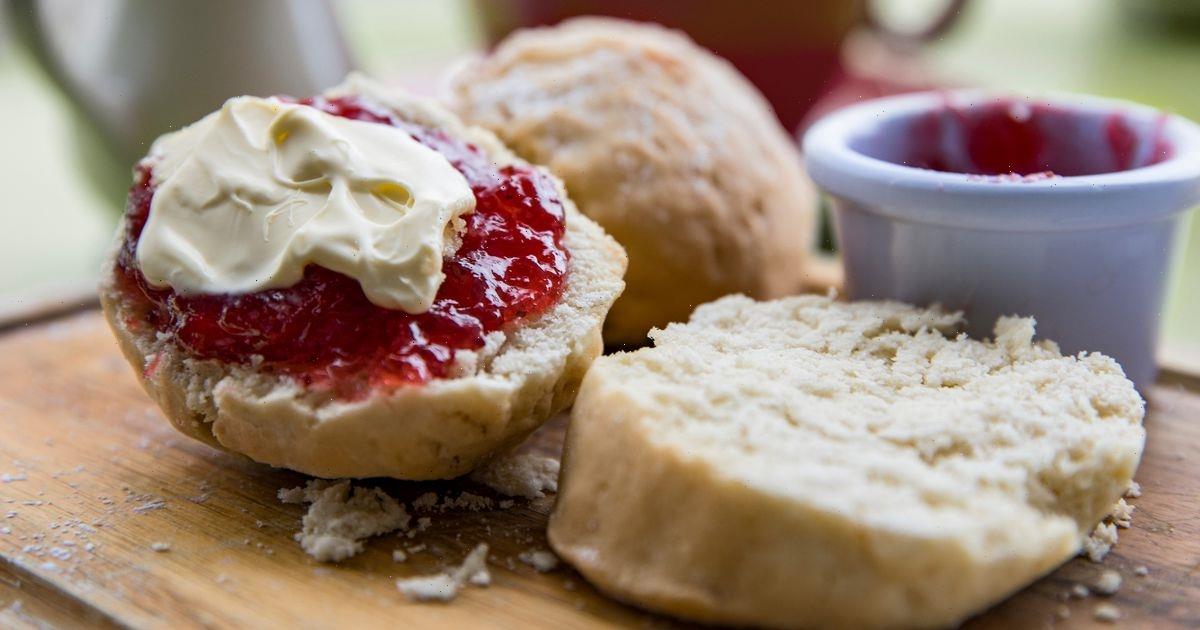 Everyone love a good scone with their Afternoon Tea.

However, alongside the debate or whether you should put cream or jam on it first, many also argue about the correct pronunciation of the word scone.

Well, company Sass & Belle wanted to find the 'correct' way to say it by asking 1,000 UK consumers how they do it.

And according to 60% of those asked, we should be saying scone like cone.

So finally you can settle the argument at the next family gathering.

But what about the jam and cream debate?

Well that was also answered by the research too, with nearly two thirds (65%) backing jam first.

The data comes amid Afternoon Tea Week which runs from August 9th-15th.

As well as ask Brits about the pronunciation of scone in honour of the occasion, Sass & Belle also got consumers to rank a range of popular afternoon tea treats, revealing the nation’s perfect spread.

Aside from the scone – a classic component in any afternoon tea – Brits also say they're huge fans of chicken and mayonnaise sandwiches, sausage rolls and brownies, according to the research.

However, they weren't so keen on Beef and horseradish sarnies, Pork pies, and carrot cake.

When it comes to drinks, it’s no surprise that English breakfast tea is the drink of choice for 42% of Brits, it is in the name after all; however, one in ten (11%) would prefer a coffee or even something a ‘bit stronger’ to wash down their afternoon tea treats.

When it comes to our favourite tier, it seems we’re a nation of dessert lovers, with 42% rating the cakes and sweet selection the best, followed by the savoury selection and scone tier, with only one in five (21%) claiming ‘the middle tier’ as the one that makes their mouth water the most.

We never knew that Afternoon Tea was so controversial!