“Britney Spears invited me here,” Alexander, 40, claimed during an Instagram Live video on Thursday after arriving at the pop star’s Los Angeles residence. “She’s my first wife. My only wife.”

The “Toxic” singer’s former flame, whom she was married to for 55 hours in 2004, added: “I’m her first husband. I’m here to crash the wedding cause nobody [is] here but Sam. So where the f–k’s the family?”

Celebrities Who Tied the Knot in 2022

Alexander, who can be heard speaking to a security guard in the video obtained by TMZ, doesn’t take no for an answer.  He then runs toward the house before his phone cuts out.

After managing to get into the home, Alexander again starts filming despite being asked to leave the premises. “Don’t put your hands on me,” he says in one clip, before asking, “Hey, where’s Britney?” He eventually made his way back outside where he was reportedly restrained. 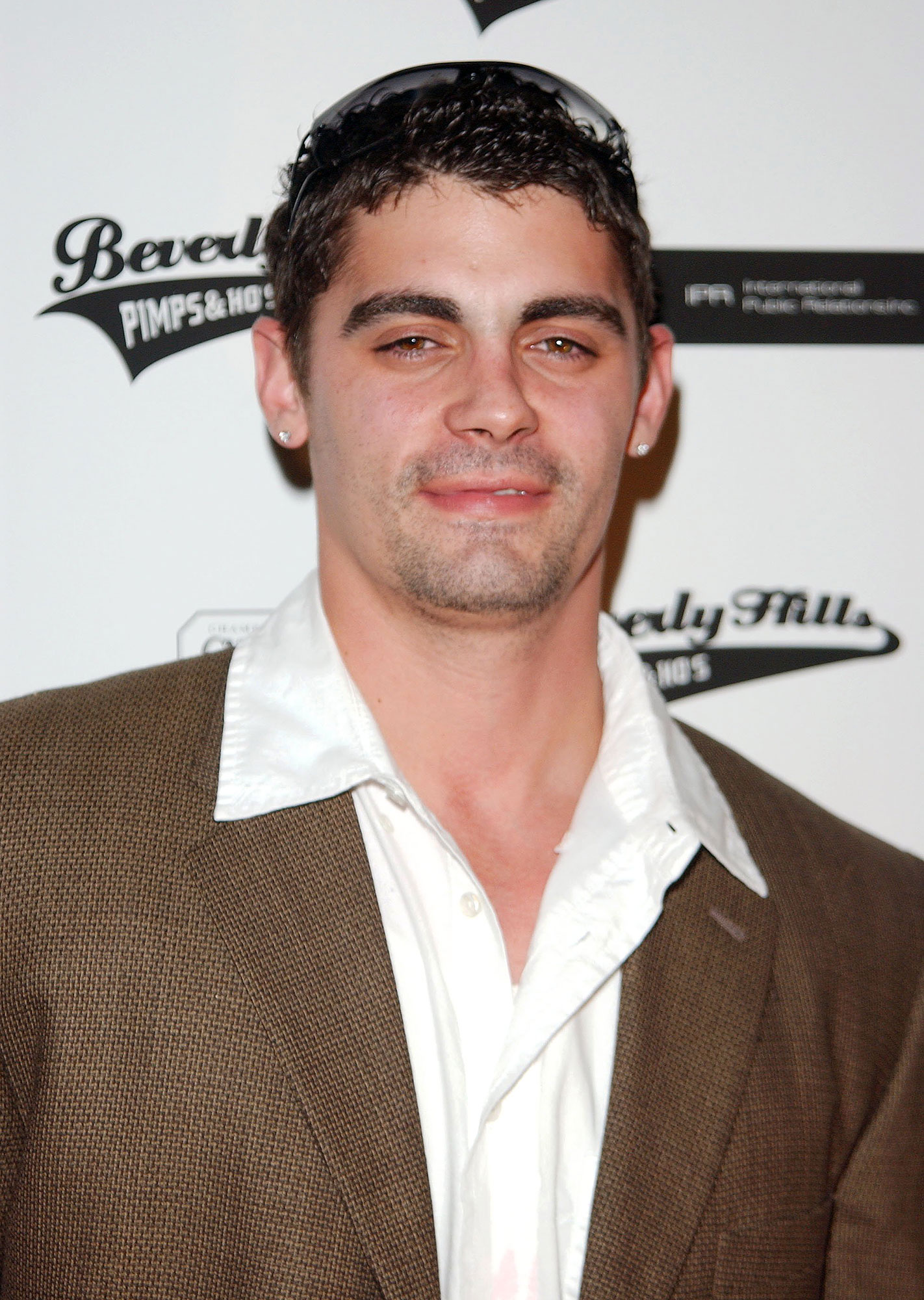 During a separate video, Alexander lashes out at security saying, “Don’t f—k with me,” and insists that Spears, 40, and Asghari’s nuptials is a “bulls—t wedding.” He manages to get a glimpse inside what appears to be a reception tent at the Crossroads actress’ home, which shows pink decorations and an altar covered with pink roses.

Us Weekly confirmed that the Ventura Country Sheriff’s Department is on scene after receiving a trespassing call this afternoon. The incident is currently being investigated.

“I confirm a subject by the name of Jason Alexander was arrested for an outstanding warrant,” the Ventura County Sheriff’s Office tells Us. “I don’t have a time yet. He hasn’t been booked in yet so no mugshot.”

Alexander was previously arrested in December 2021 for allegedly violating a restraining order, Us confirmed at the time. He was taken into custody in Franklin, Tennessee, and charged with a violation of order of protection as well as aggravated stalking. Alexander was released from police custody in January.

When it comes to Spears, Alexander exclusively told Us in August 2020 that the two have kept in touch and he still had feelings for her.

“Oh, yeah, definitely,” he said when asked if he wanted the Grammy winner back. “If they would give us an honest chance, you know? And she really wanted that. I’d give it a shot. I’ve got love for her, definitely.”

Spears, for her part, moved past her childhood relationship with Alexander after the duo annulled their marriage in 2004. She wed Kevin Federline later that year, but the pair called it quits in 2007. The “Gimme More” singer shares sons Preston, 16, and Jayden, 15, with Federline, 44.

The “Circus” songstress began dating Asghari, 28, in 2016. The duo got engaged in September 2021 two months before Spears’ 13-year conservatorship came to an end.

Us confirmed on Thursday that Spears and Asghari would tie the knot later that day. Her sons, however, will not be in attendance, according to Federline’s attorney Mark Vincent Kaplan. “Although the boys will not be in attendance, Kevin and the boys are happy for Britney and wish her and Sam all the best going forward,” he told TMZ in a statement.