Loose Women’s Brenda Edwards says that it’s her ‘right’ to meddle in her children’s relationship if she sees a ‘red flag’ – but viewers argued that it’s none of her business.

The singer, 50,  from Luton, insisted on today’s show that in any relationship, a third party can see ‘more from the outside’ and says she will ‘announce’ it, if she thinks either of her adult children are dating someone unsuitable.

The mother-of-two, who has kids Jamal and Tanisha, says that after her own experience in an abusive relationship – she will constantly ‘check up’ on her children to make sure they’re okay.

However viewers disagreed, with several saying that parents should only be there when their children ask them to be, and show support if ‘it all goes wrong’. 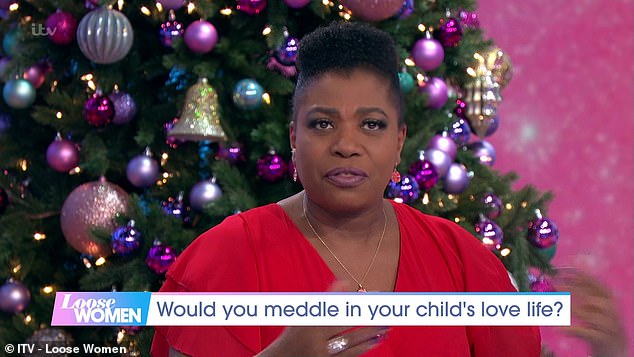 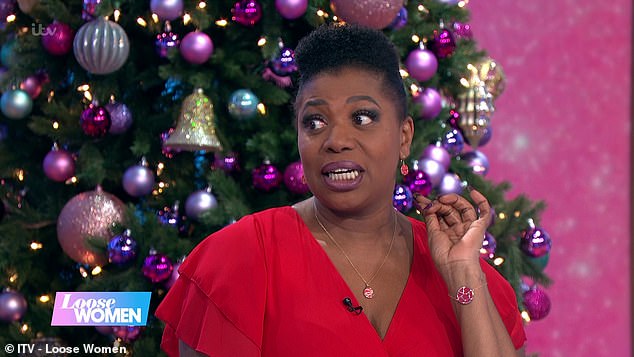 The singer, 50, has two adult children and thinks a third party can see ‘more from the outside’ in every relationship

Brenda said: ‘From my own personal experience,  when I was going through a bad relationship physically, my family told me about it.

‘They said “don’t”, but it’s the way you tell your children. They told me and I went straight for it.

‘But if I see a red flag. I will announce that red flag and I will keep announcing that red flag until either of my children listen, and I think I have the right to do that.

‘Because you can always look at a relationship from the outside and see more than what the person can see inside it.’ 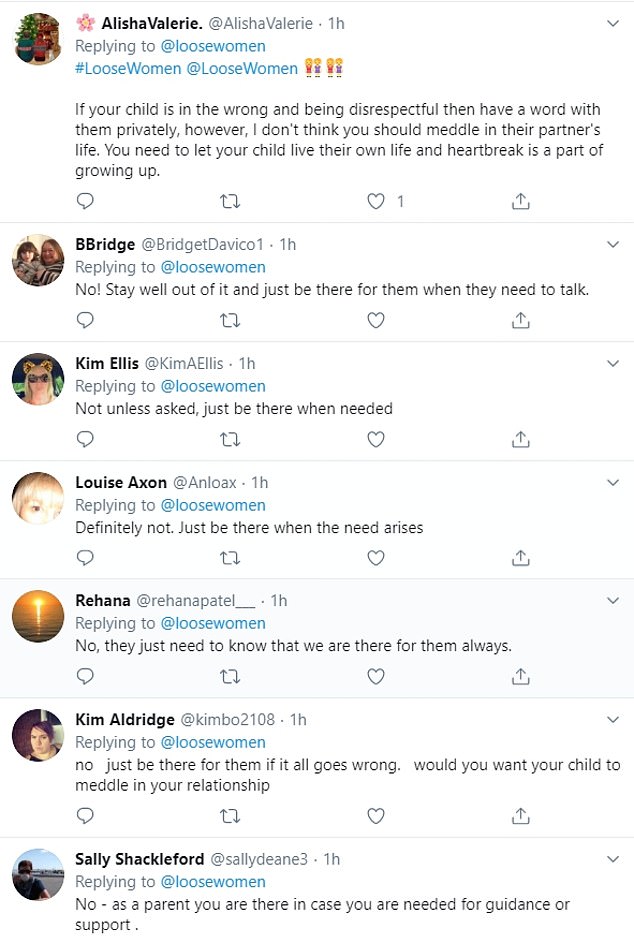 Viewers disagreed with Brenda, with several saying that parents should only be there when their children ask them to be and show support if ‘it all goes wrong’

When quizzed by Penny Lancaster on whether she would allow someone she didn’t like into her home, she said: ‘I want them to come to my house, bring them.’

The host went on to explain that she expects a level of politeness when guests come into her home, and says she would ask ‘certain questions’ to judge the character of her child’s partner.

When grilled by fellow host Jane Moore about her approach, she went on: ‘I’m a very nice person to everybody that I meet.

‘If there’s something you’ve done where my daughter or son and their face is fixed, then you’re not coming back again.’ 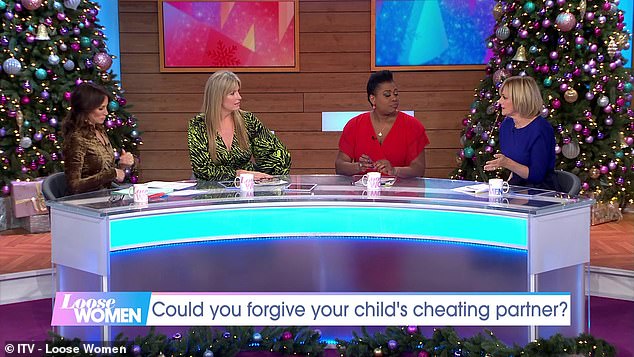 When grilled by fellow host Jane Moore (pictured right) about her approach, she explained that she would always be ‘nice’ to the partner 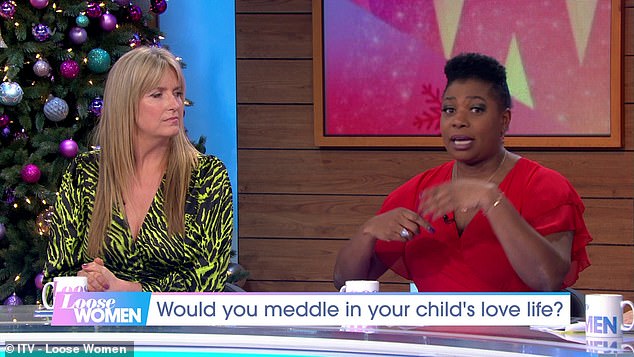 When quizzed by Penny Lancaster (pictured left) on whether she would let someone she didn’t like come into her home, she joked that she would ‘want them’ to

When asked what she would do if her child continued the relationship, she said: ‘I’ll just keep a very close eye. It’s nice to be checked in on.’

Jane went on: ‘Doesn’t it depend on how old they are?’

She quickly replied:’Under 18 there’s no boyfriend.’

Viewers quickly took to Twitter to share their views, with one insisting: ‘No – as a parent you are there in case you are needed for guidance or support.’

‘No, just be there for them if it all goes wrong. Would you want your child to meddle in your relationship?’, said another.

A third commented: ‘Definitely not. Just be there when the need arises.’

However some viewers shared Brenda’s view on the issue, with one revealing: ‘I told my son to end a relationship with a toxic girl.’

Another wrote: ‘I think that depends on the issue – if it’s an abusive relationship, I would very much hope that parents would intervene.’