Infuriating game challenges players to decide if the dot is in the EXACT centre of different shapes – so, how many can YOU get right?

A new brainteaser that challenges you to identify the exact position of a dot within a shape is leaving puzzle fans infuriated.

The difficult challenge, titled It’s Centred That, features a tiny black dot that’s either dead in the centre of the image or a few pixels off.

To make the challenge harder, creators have placed it inside multiple shapes – including triangles, circles, hexagons and squares – to throw off the viewer.

The puzzle was created by Supremo, a Salford design agency, to test if having the ability to guess the centre of an object comes naturally, or through training.

The current average score for the game, which has been played more than 20,000 times already, is 7.14 out of 10, with people taking to Twitter to express their frustration over the tricky puzzle.

Scroll down to take the challenge 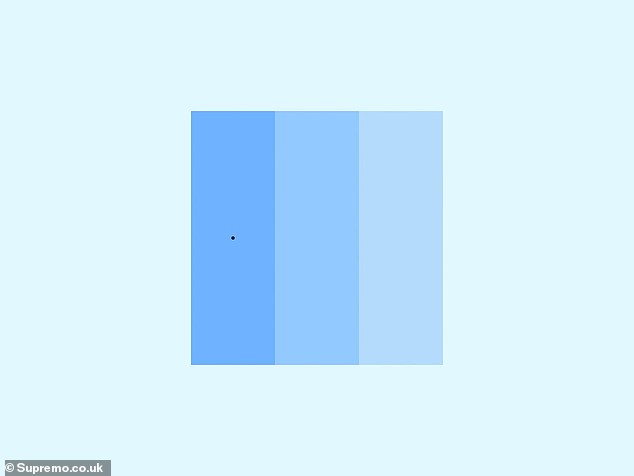 1. Supremo, a design agency, have released this game which sees the viewer guess if the black dot is in the centre of the shape 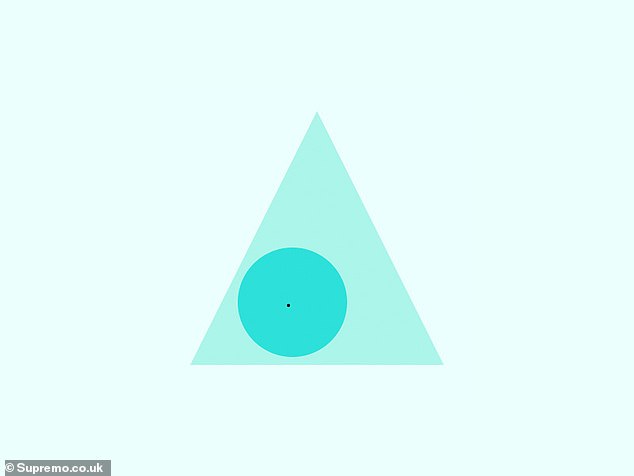 2. The difficult brainteaser has ten levels and gets increasingly difficult as you go along 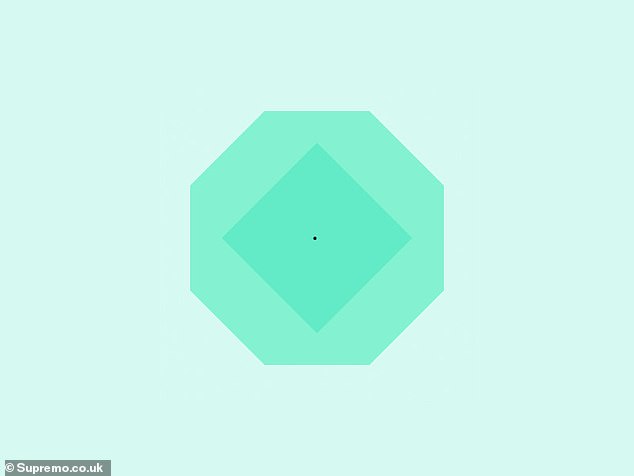 3. Some of the dots are mere pixels off centre, which easily throws off the viewer. Do you think this one is dead centre of a little off?

Describing the game on its website, Supremo’s team wrote: ‘At our small design agency we are often debating if elements in our design work are centered just using the eye alone.

‘Which ultimately leads to the question of whether having a designer’s eye comes with practice or if it’s a natural gift. We wanted to make a to put this to the test.’

The game has ten levels which get increasingly difficult as you go along.

Plenty of Twitter users have already been trying out the game since its launch earlier this week. 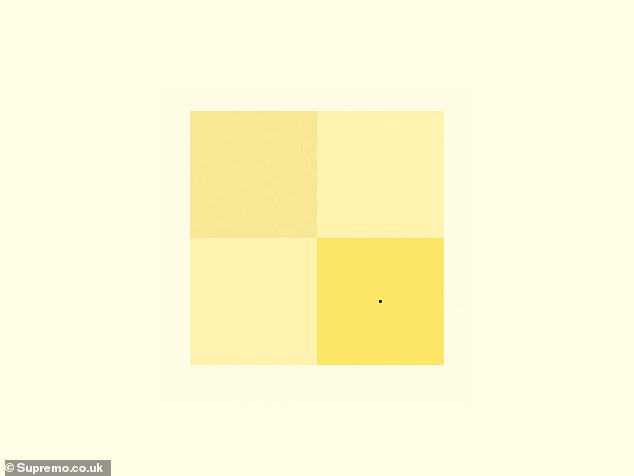 4. The design agency created the game to test if having the ability to guess the centre comes naturally or through training 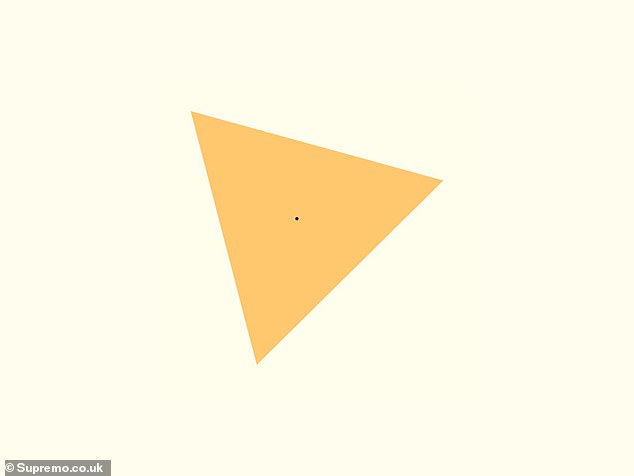 5. Twitter users have been trying their hand at the game which launched earlier this week 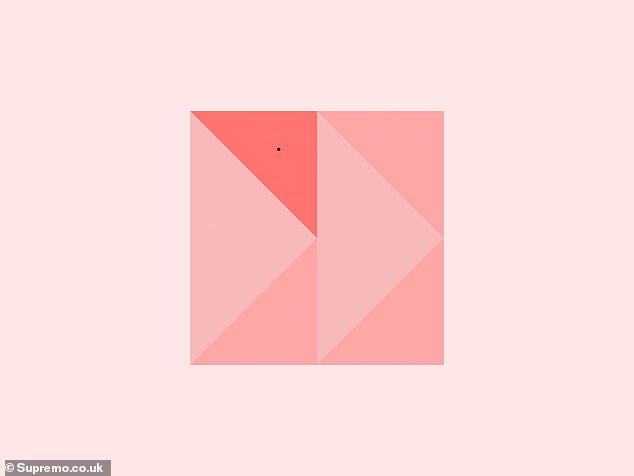 6. The higher levels have left many scratching their heads, with one user saying he couldn’t get past the tenth challenge 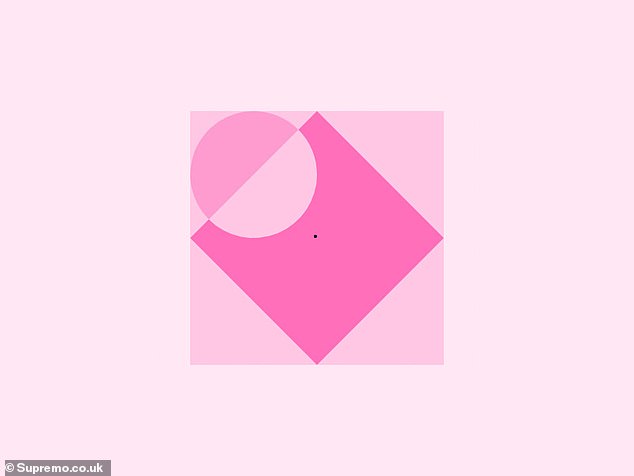 7. Xand Venturas added: ‘This game is addicting. The triangles keep f***ing me up’

Xand Venturas added: ‘This game is addicting. The triangles keep f***ing me up.’

Sharing a picture of himself being beaten by the tenth level, Andreas Lostromos tweeted: ‘Cant get it to 10! [crying with laughter emoji].’

Giving her advice for others, another user wrote: ‘This was more difficult than I thought! All I can say is, trust your instincts. Every time I second-guessed myself, I was wrong!’ 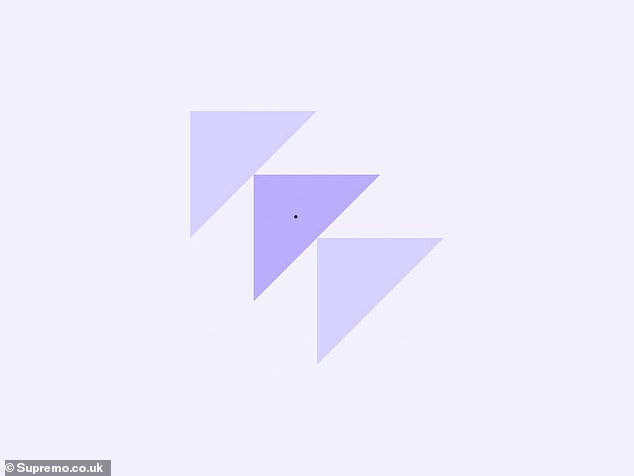 8. The varying colours and shapes have thrown plenty of viewers off 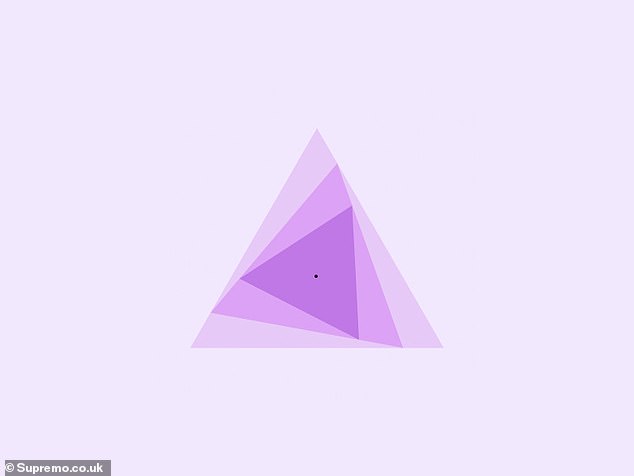 9. One user said: ‘This was more difficult than I thought! All I can say is, trust your instincts. Every time I second-guessed myself, I was wrong!’ 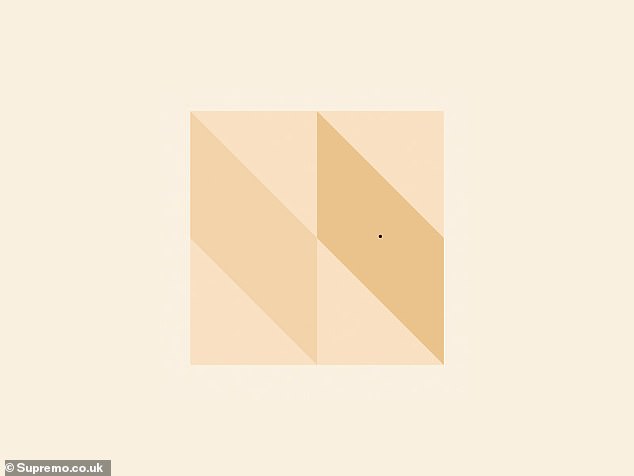 Answers: Which dots were in the centre