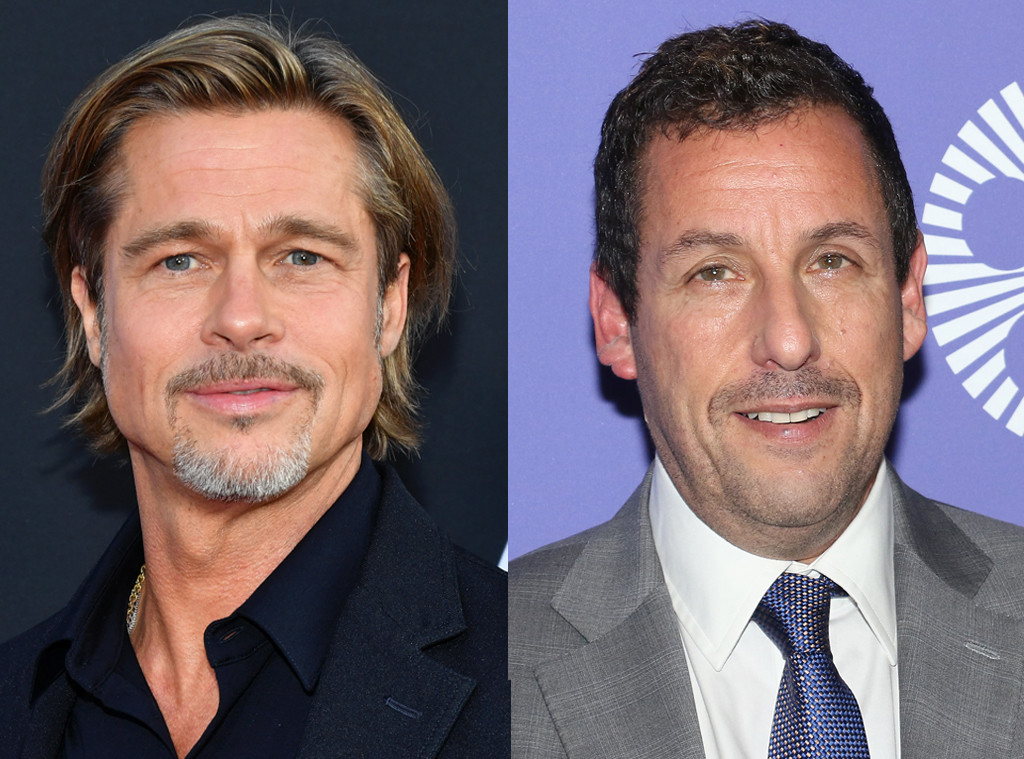 Adam Sandler and Brad Pitt sat down with Variety for their “Variety Studio: Actors on Actors” series. Although the pairs paths have rarely converged, they both hit career success around the same time and know the shared experience of fame, triumph and ultimately the joy of creating art. The two actors had a great chat about what it means to make the shift to streaming services, what they have planned next and why they can never go without being recognized.

These two are arguably two of the most recognizable faces in entertainment, but turns out they don’t even need to show their faces to be seen by fans. “I put on a dinosaur mask, and I got recognized in New York City,” Brad shared of his experience with fame. “I don’t know what it is, especially when people grow up with you. But you were deep in character.” Adam can definitely relate to this phenomenon.

“I had a character going. I still got recognized, yes. Maybe a little more of a delay,” he shared of his hilarious moment with a fan. “But like what you were saying: I was skiing one time, had the helmet on, the dickey was up, the goggles, and I was like: ‘This is going to be a fun day. No one’s going to…’ Literally, it was 7 in the morning. ‘Hey, Adam Sandler!’ I go, ‘How did you know?’ He goes, ‘That big nose of yours.'”

The two both also recently made the foray into streaming content. Adam with films like The Week Of and Murder Mystery and Brad with War Machine. Each discussed how surprised they were by the experience. “The upside of films through streaming is a lot of them get more eyes on it; more people actually see them,” Brad shared. “The downside: There’s so much material that they can become disposable.” 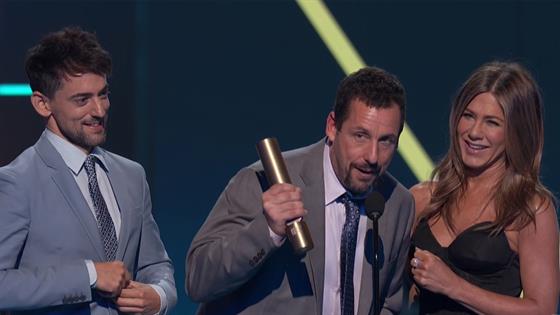 Adam plans on continuing to work with Netflix for a longtime. Considering his flick Murder Mystery just won a People’s Choice Award, it seems like they’re a good match. “I’m just tight with Netflix,” he shared with Brad. “They love providing opportunities for many different types of comedies.”

Here’s to hoping a Brad and Adam comedy is coming soon!