SHOPPERS on the hunt for a bargain BBQ might want to head down to B&Q where one customer has spotted a gas grill reduced from £69 to just £10.

The DIY retailer first dropped the price of the "Mygar 2 Burner Gas Black Barbecue" down to £47, before lowering the price for a second time to £25. 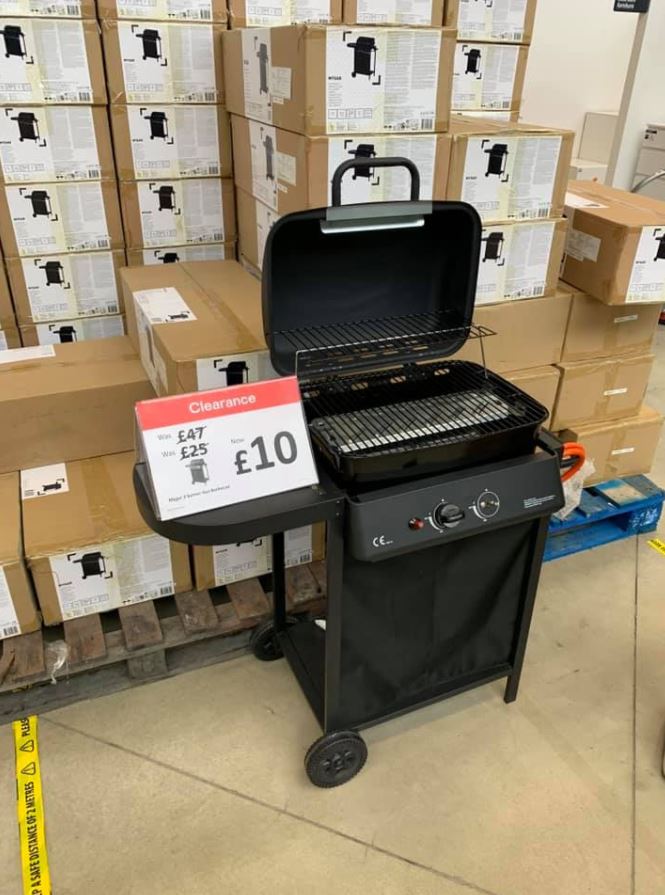 But now a shopper on the Extreme Couponing and Bargains UK Facebook group has found the BBQ reduced even further to £10 in her local store in New Malden, London.

That's a saving of £59, or 85 per cent, and shoppers have been keen to get their hands on one.

One person wrote: "Wow!", while another person added: "Need to have a look in B&Q."

B&Q says some stores may have dropped the price to £10 as the BBQ is now in clearance but it warns the discount isn't nationwide – so it's best to call ahead to check prices before making a special trip.

Use B&Q's stock check tool to find out if there's availability near you and use its store locator tool to find the contact number for your nearest.

The grill is currently still listed as £25 on B&Q's website where you can click and collect for free in store, or you can get it delivered to your door for around £5 – fees vary depending on date.

But before you rush out bear in mind the garden grill does have mixed reviews online.

The BBQ itself promises enough space to serve six people with its two gas burners and the grill measures in at 50cm by 36cm.

It also comes with a side board so you can keep everything you need nearby. Just bear in mind you'll need to buy the butane or propane gas to fire it up separately.

In comparison, the cheapest two burner BBQ we could find at Argos was a pricier £75, while Homebase's cheapest gas grill is a four burner reduced from £200 to £100, and Robert Dyas' cheapest model is £179.99.

Check out our round-up of the cheapest disposable, charcoal, and gas BBQs.

Plus, these are the lockdown rules for having your mates round for a barbie.

Earlier this summer, Aldi launched a portable BBQ although it's since sold out.