A creative boyfriend has revealed how he was able to transform his staircase into a useful storage space after his girlfriend complained about the lack of space in their ‘tiny hallway’.

Dominic Helliwell, 34, from Sheffield, decided to create a hidden space underneath his flight of stairs after the constant clutter at the bottom was beginning to take its toll on his partner Jade Yule, 30.

By removing the second and third steps and adding hinges, they now lift up to reveal a hidden storage area.

Speaking about what first led him to undertake the project, the joiner at Woodbuilt Joinery, who shares three children with his partner, told FEMAIL: ‘My girlfriend Jade was complaining about the clutter at the bottom of the stairs, the kids shoes and school bags. 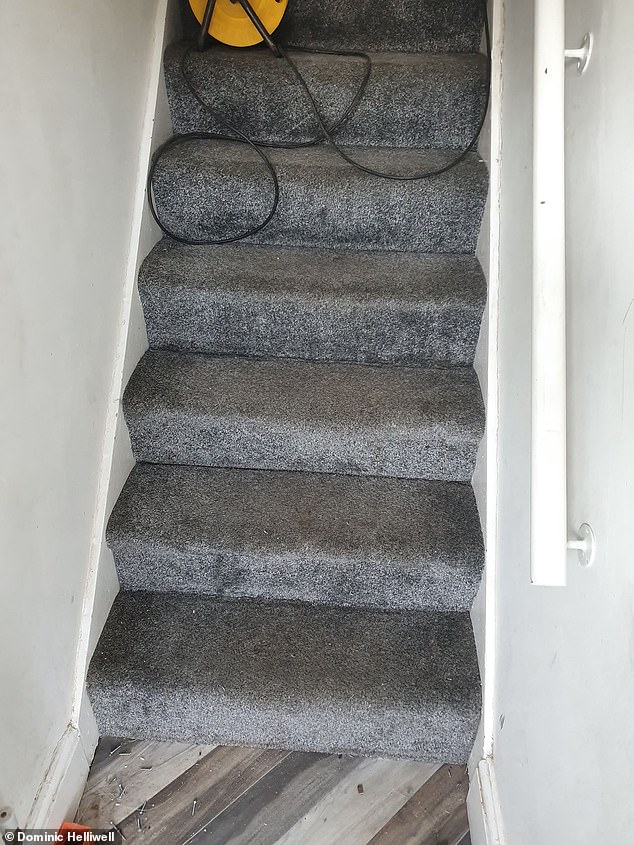 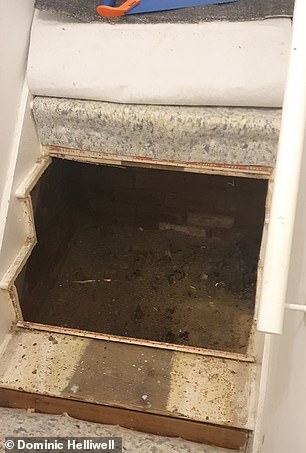 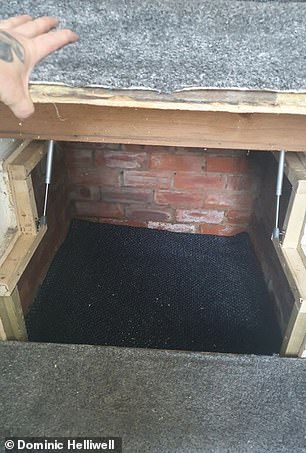 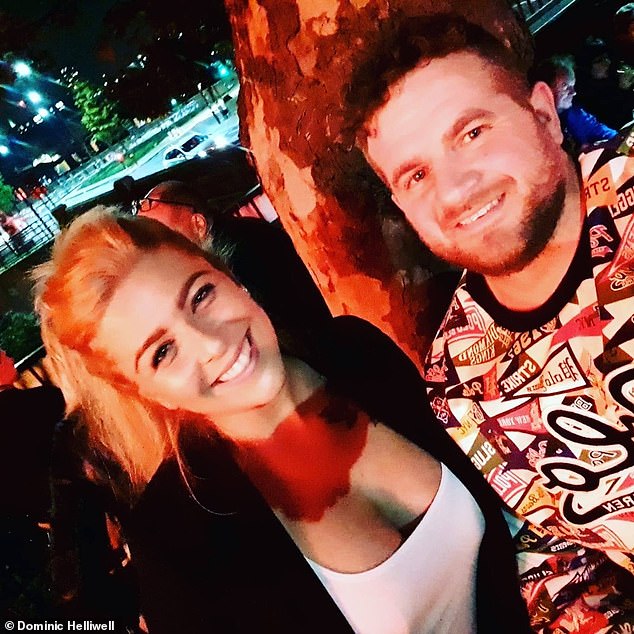 Dominic Helliwell (right), 34, from Sheffield, decided to create the space after his partner Jade Yule (left), 30, complained about the lack of space in their home

‘The kids just coming in and kicking their shoes off and throwing their bags everywhere was driving her mad.’

The joiner went on to explain how he had seen other social media users use cost-effective ways to create space and decided to do the same.

He continued: ‘I’d seen people putting drawers and cupboards under stairs and similar things, and wanted to do something as cost-effective to create as much space as possible.’

Following his recent hack, Dominic said his girlfriend, who works as a childminder in Sheffield, had already lined up another project for him. 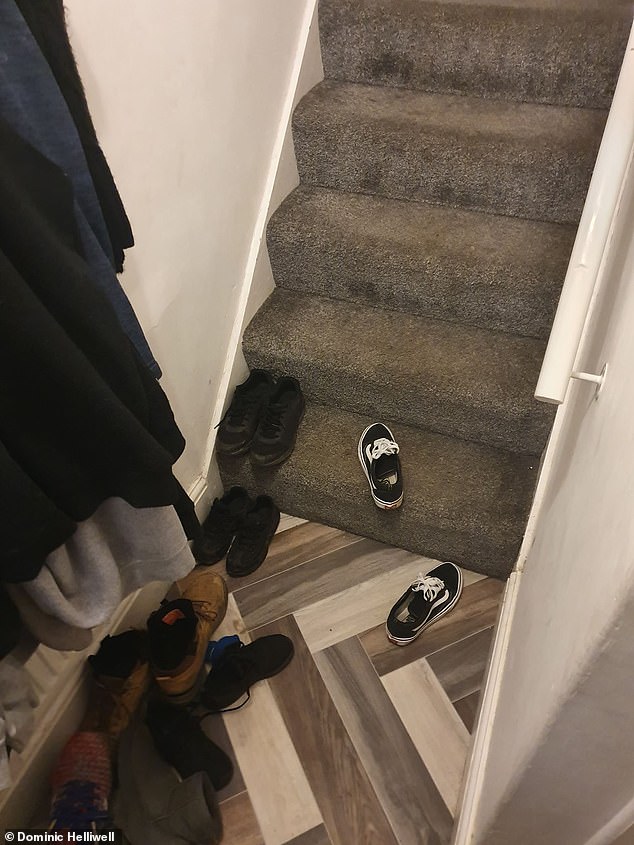 He added: ‘She loved it, and is already planning my next project for me built in bedroom wardrobes.’

After being presented with her new storage space, Dominic’s girlfriend Jade took to Facebook to share a picture of her new and improved staircase along with the caption: ‘I’m always moaning about having no storage in my tiny hallway, and my boyfriend made me this.’

Social media users immediately rushed to the online platform to share their admiration for the clever hack. 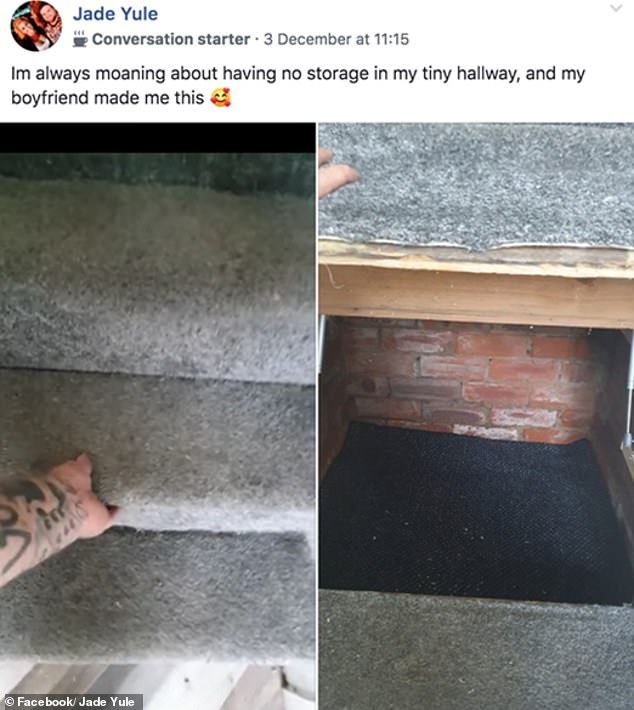 Following the useful hack, Dominic’s girlfriend Jade took to Facebook to share a picture of her new and improved staircase

One user wrote: ‘OMG! How is this done, I so need this. Our hallway is tiny and that would work fab for shoes. What a clever boyfriend.’

Meanwhile one user said the space would prove useful during a game of Hide and Seek and suggested: ‘If it was big enough, you could play Hide and Seek and no one would have a clue where you were!! Take some food in with you though!!’

Another user wrote: ‘Great idea…I’m gonna (sic) see if I can get it done. Would be great for shoes and school bags.’ 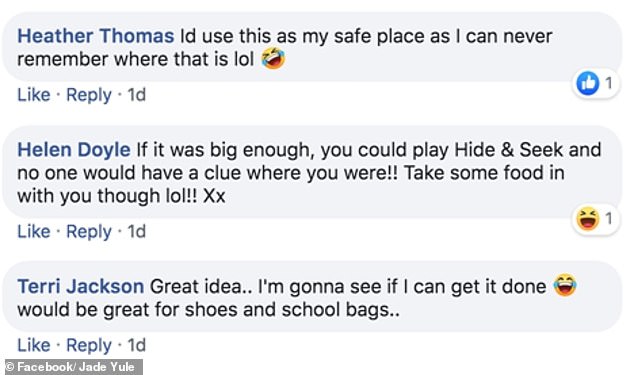 Social media users rushed to Facebook to share their praise at the useful hack, with one claiming they would be trying it out themselves