Few of us have the chance to live out our childhood dreams, which means Matthew Hunt should have been one of the lucky ones.

Since he was a schoolboy, Matt wanted to be a policeman. For many kids, that is just a phase. For Matt, it was a mission. 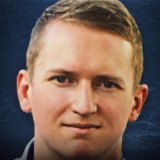 Matthew Hunt was destined to be a police officer.

In primary school, he was known as the one who would protect others from a bully. Sometimes a sense of justice is ingrained into the DNA – no one knows why, it is just there. Every good cop has it. Every bad one doesn’t.

And so when as an 18-year-old straight from school he was knocked back and told he lacked the life experience for the job, he went out to get some.

Over the next eight years, he built a CV perfect for law enforcement. There was a degree in criminology from Auckland University of Technology, work in the local district court organising court dates and jury duty before moving into the prison system.

Next was Paremoremo Prison (housing New Zealand’s most dangerous inmates), where he was appointed case manager at the age of 22. His job was to help prisoners address the cause of their offending – and direct them into courses to reduce the chances of them returning to crime.

Few prospective police would receive this sort of insight into criminals before they were even accepted into the force.

Like so many Australians and New Zealanders, it was time to head to Britain for a taste of Europe, working in bars (a great place to understand human nature), at the Nursing and Midwifery Council and Contiki Tours.

Just about everywhere he worked, they said he was welcome back at any time.

When his mate tore an Achilles tendon in Europe, Matt met him at the train station in London and piggybacked him to his flat, where he gave him his bed. 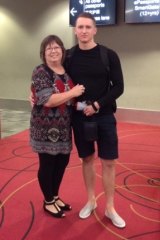 Matt Hunt and his mother Diane at Auckland Airport in 2015. Diane Hunt is campaigning for a change in New Zealand’s laws after his shooting.

In 2017, he was finally accepted into the NZ Police Force and, after training, was stationed at the boutique seaside suburb of Orewa on the Hibiscus Coast. It is an area known for its long Pacific beach, large retirement community, bike tracks and relaxed dining. A good place to learn.

In the cynical world of policing, Matt earned a reputation as a quiet achiever. Fit, strong and calm, he was able to deal with erratic offenders without force, once persuading a man to give up his knife and surrender.

His supervisor, Sergeant Dean Taylor, was impressed, reporting: “Matt was a junior member of the team who stood out … calm, methodical and eager to learn. He made good decisions and was a good communicator.

“He was eager to hone his skills so when the time was right, he could commence his detective training.”

Taylor did not make those comments in an internal police report but in front of 1500 people, including NZ Prime Minister Jacinda Ardern, at Eden Park, the country’s largest sports stadium.

He was speaking at Matt Hunt’s funeral after he was gunned down during what began as a routine traffic stop on a mild winter’s morning in Auckland's north-western suburb of Massey.

The death raises the question of the protection of NZ police, who do not routinely carry firearms even though they are being confronted by armed offenders at an alarming rate.

In a ridiculous quirk, NZ police are better armed than their Australian counterparts and yet they are banned from having immediate access to the weapons they are authorised to use.

NZ police wear stab-proof vests with pockets for bullet-resistant plates when required. The trouble is crooks sometimes won’t wait for police to get themselves set for a gun battle.

Matt’s police car was equipped with the required weapons, which were completely useless in what was a split-second ambush.

It defies logic to give police access to firearms but deny them the chance to defend themselves when it matters. It is about as logical as turning off your hearing aids to save the batteries.

NZ is not some peaceful backwater. It is a nation with crime, social and racial issues the same as anywhere else and proportionately has nearly three times as many guns as Australia. 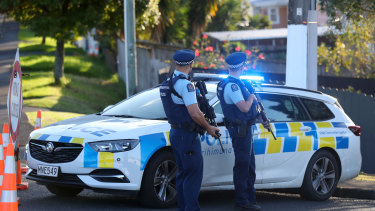 Matt, who had no chance to unlock the gun safe and was not wearing a ballistic vest, jumped from the car, with his semi-automatic rifle out of reach in the boot. It may as well have been left at the station’s armoury.

He was shot multiple times and died in hospital. A 24-year-old man was arrested and charged with murder.

Matt's mother, Diane, says: “Matthew was an honourable person; he never judged anyone and was immensely proud of being a NZ police officer. He wore the uniform with great pride and was liked by everyone he met. 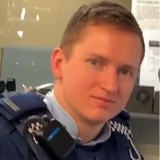 Matthew Hunt, who died aged just 28 with so much more to give.

“My son was a decent human being, a modest person, with a great intellect and a huge willingness to learn and grow.

“He had integrity, was meticulous, set high standards, was kind, compassionate and empathetic.”

Diane says NZ's laws don’t reflect the dangers of law enforcement and wants the government to introduce laws like those in Victoria that include a mandatory life sentence for killing police: “You have done it there, why can’t we do it here?”

So far, she has more than 33,000 signatures on a petition to change the law.

“Guns are prolific here. There have been four incidents in a week where police have been confronted with guns [including shots fired at police during a pursuit and a dirt biker threatening a policewoman with a gun].

“I want to make sure Matthew is remembered. He deserved so much more than 28 years of life. I am so proud of him.”