Cristina Zenato was seen by millions of television viewers stroking a Caribbean reef shark relaxing in her lap as scores of ominous dorsal fins flashed by her face. While the oceans’ apex predators have become some of the most vilified creatures on Earth and more than 100 million sharks are slaughtered annually for food, Zenato believes showing their softer side will help change perceptions. Within hours of the BBC releasing a clip of Zenato “dancing with sharks” online, armchair environmentalists were swooning over the tender way it shows the sea creatures in a new light.

Zenato was filmed in the Bahamas for this week’s live follow up to Sir David Attenborough’s landmark Blue Planet 2 series.

A short two-minute clip shows the Italian-born diver sinking into the crystal clear waters covered in a chainmail suit, showing not a scintilla of fear for the eight-foot sharks when they begin circling around her, getting ever closer and happily receiving patted backs and stroked fins.

“My babies,” Zenato described them as they show only signs of curiosity rather than any form of aggression, although she explained how they all have individual characteristics, some dominant, some shy.

The most remarkable moment comes when one shark rests its head in her lap, menacing eye in a state of complete rapture. Zenato told the camera: “Every time she settles in my lap and I feel her weight over my legs, it is the most amazing feeling and nothing to this day beats that.” 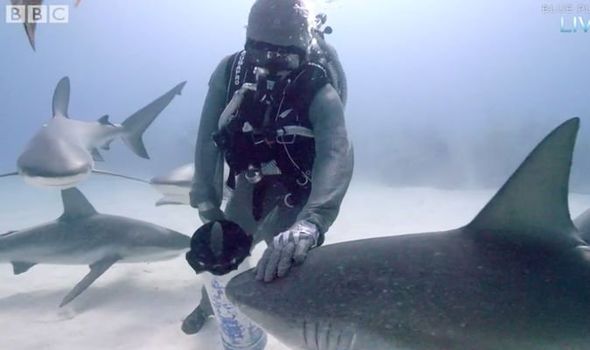 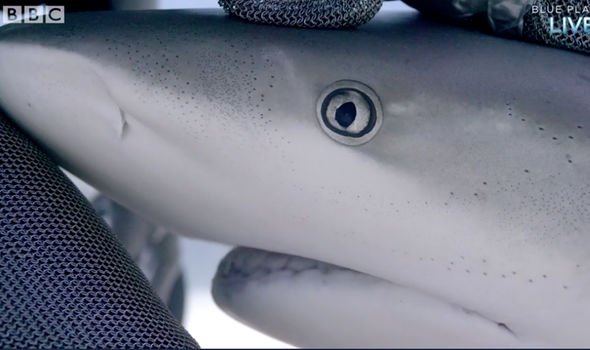 The two-minute clip released by the BBC comes in a week of live links to the planet’s most remarkable areas to see marine life. Chris Packham has been watching whales in Baja California, Liz Bonnin studying Australia’s Great Barrier Reef and Steve Backshall swimming with sharks in the Bahamas.

It is in the small archipelago off Florida’s Atlantic coast where Zenato has been championing shark conservation, using her close relationship with the creatures to remove fish hooks from their mouths and educating the public about the dangers they face. She has also travelled the world speaking in their defence. 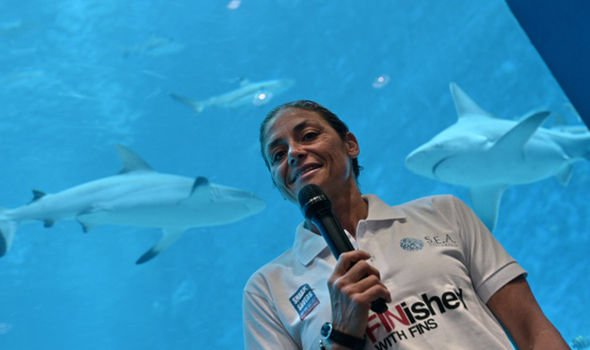 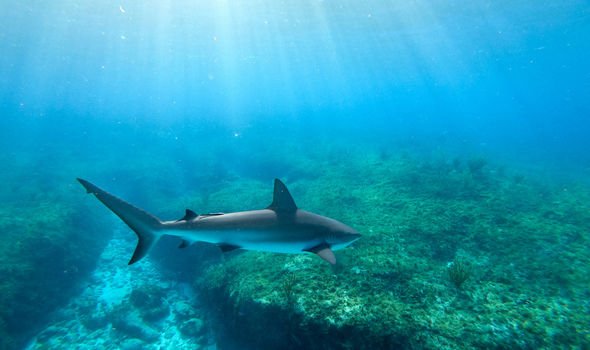 Sharks need it. This week has seen the custodians of the Red List of Threatened Species classify two sharks – the longfin and shorfin makos – as officially endangered because of the way they are being exploited for food yet are not protected by fishing quotas.

Zenato’s website explains how she is playing her part in protecting the planet’s most remarkable fish. It states: “Cristina has been instrumental in pushing forward an image of sharks that shows their real nature. She wears protection in respect of her knowledge and understanding of the animals.

“While handling them she shows people that sharks are not eating machines or swimming nervous systems looking for food.

“Her special relationship with the local sharks, and the value it gives to shark diving tourism, inspired Cristina to start a petition and a campaign later supported by The Bahamas National Trust and the PEW organization that sees the Bahamas declared as shark sanctuary.”