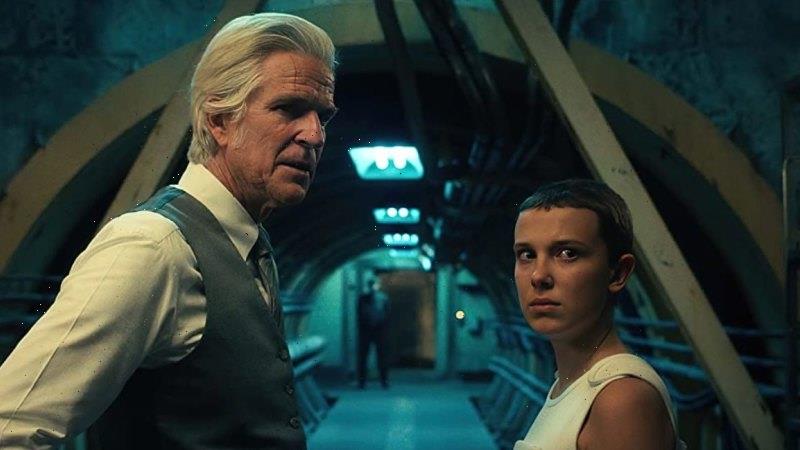 Fans of the supernatural/murder mysteries/small-town America/Kate Bush, rejoice! Stranger Things is back, with two new episodes capping off the fourth season of the hit Netflix series being released on Friday afternoon.

The fourth season, most of which was released in May, broke Netflix’s record for the most-viewed English language show ever. Expect to be dragged into conversations about it at the water cooler on Monday. In the meantime, here’s everything you need to know to get up to speed.

Wait, Stranger Things season four isn’t over yet?
I am delighted to inform you that the fourth season is not quite over – but it’s getting there. It was split up into two volumes that were released at separate times. The first seven episodes – sorry, “chapters” – were released in late May. And the latest release, scheduled to hit Netflix at 5pm AEST on Friday July 1, is called “Volume 2” of the series.

The final two episodes, in which we expect the supernatural shenanigans to hit the proverbial fan, were held back by the streaming service for an unclear and strange (sorry) reason.

Great! That’s my Friday night entertainment sorted.
If you can watch both episodes in a single night, we’ll be impressed: they are long. Like, feature film-and-then-some long. The first of the two episodes comes in at an hour and 25 minutes, and the second one – hold your breath – will take two and half hours to watch.

It’s an extraordinary length for a piece of television, and makes you wonder why they didn’t just divide it into smaller episodes. Who has time for two and a half hours per episode?

You’re daring me.
I’m not, though Netflix might be. Part of the premise of shows like this is that they are totally bingeable, so if your brain can focus on a single storyline for that long go for it. 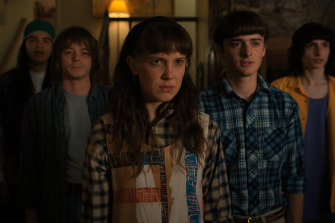 Get me into the right headspace. What do I need to know?
Season four kicked off nine months after the helpless little town of Hawkins, Indiana, had its mall transformed into a supernatural battleground, with the show’s third season ending with its defeat of the Mind Flayer, the supposedly all-powerful ruler of the Upside Down. The Upside Down is the evil alternate reality that first collided with Hawkins in season one, as a result of secretive government experiments.

Anyway, just when you thought things were back to normal there’s a new evil monster on the block and its name is Vecna. It’s bad and wants to kill everyone, including high school teens and some of our favourite characters. The loophole? You can get out of its power by playing your favourite song.

That’s why everyone became obsessed with Kate Bush, right?
Yeah! Max, one of the Hawkins crew, becomes a target of Vecna’s. Her friends use her favourite song, Running Up That Hill by Kate Bush, to bring her back to reality. This season is set in 1986, so there’s another year of music to feature. My vote? Take My Breath Away.

So where are we at with Vecna?
Psychokinetic protagonist Eleven, who left Hawkins for sunny California, learns about the threat Vecna poses to her friends, and is convinced to try to regain some of her since-lost powers to save the town.

Meanwhile, back in Hawkins, the rest of the gang tries to find out where Vecna came from and what his weaknesses might be. In the process we meet Victor Creel, who way back in 1954 murdered his family (police blamed Henry Creel, the father).

Victor, it turns out, has history with Eleven because both of them have psychic powers and were treated as lab rats by the government. In the final moments of the last episode of chapter one of season four we shockingly discover that Eleven tried to kill Victor but in doing so… inadvertently turned him into Vecna.

Hooly dooly. What can we expect next?
Here’s the thing. Unlike Barbie, the other horror film going around, there haven’t been any leaks or photos from the show. The cast have said zilch. But that hasn’t stopped everyone guessing. Whatever happens, it’s clear: there’s got to be a showdown between Eleven and Vecna. Who might win? There is almost four hours of watch time to find out.