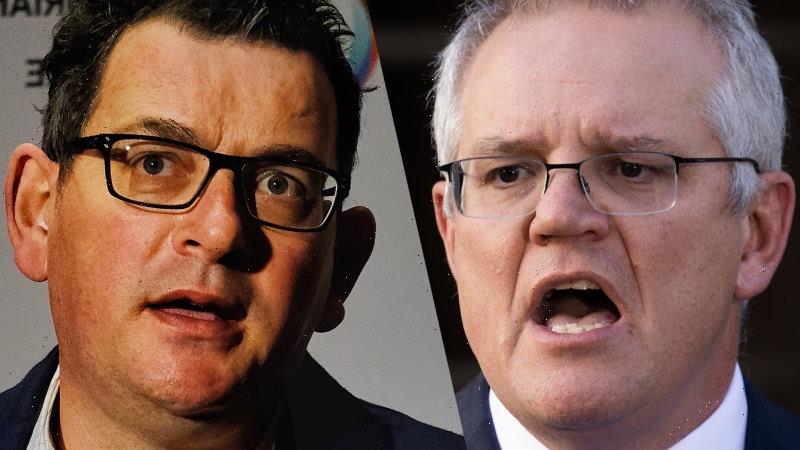 As Australians, we love to indulge in a bit of finger-pointing. And now, more than ever, our primal need for certainty has us seeking to lay blame and find fault in the midst of a pandemic, where little certainty exists.

Consider it a coping strategy. Finding a villain is a self-serving bias that can help us feel as if we have some control or clarity as this insidious virus robs us of both. 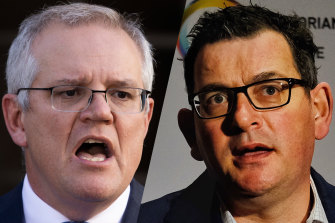 Governments have been blaming individuals during the pandemic to shift responsibility from themselves.Credit:Getty, Luis Enrique Ascui

Governments understand the power of the blame game and have repeatedly used it as a political tool to pin responsibility on individuals during the pandemic.

It’s a clever little trick that means governments can avoid responsibility for cockups which are the result of their own policies, by instead blaming citizens who appear to have broken the rules.

Unfortunately, making COVID-19 an issue of personal responsibility instead of public health, does little to prevent outbreaks or better tailor our response. At it’s worst it can spur disobedience and noncompliance.

Last year’s deadly second wave in Melbourne was initially blamed on security guards who shared a cigarette lighter while huddled outside a quarantine hotel on Swanston Street. In doing so the men were said to have committed “unacceptable breaches” along with car pooling to work, which contributed to the second wave. 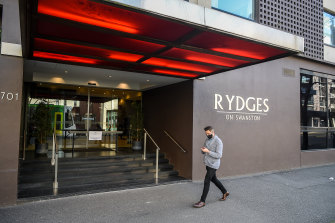 It was a good distraction. Providing the public with a villain to absorb the community's wrath meant structural flaws such as infection control, subcontracting issues, PPE shortages and contact tracing lags were initially overlooked.

Then there was the naughty nebuliser man who, we were told, had failed to declare his medical device which authorities said kicked off the third lockdown in early 2021. As it happens, the severely ill man told this media outlet that staff gave him permission to use the medical device at both the initial quarantine hotel and the medi-hotel.

The latest so-called offenders in our COVID story were three Sydney removalists who faced days of rage for allegedly sparking the state’s fifth lockdown by breaching guidelines.

Premier Daniel Andrews said anyone found guilty of similar breaches had “every chance of becoming very famous” suggesting he’d be willing to publicly name and shame such baddies. Stoking the public's anger, COVID-19 response commander Jeroen Weimar vowed “the wheels of justice will get them". But that never happened. 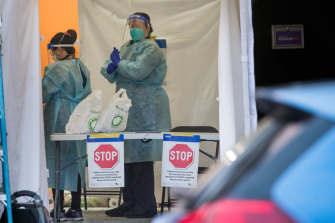 Removalists bringing furniture from Sydney were blamed for the most recent outbreak in Melbourne.Credit:Jason South

It turns out while they may have been unhelpful, it’s now believed they didn’t breach the terms of their permits, specifically tailored for commercial freight workers, which allowed them to enter the state on July 8 to deliver furniture.

The NSW government has also embraced this strategy, attributing its outbreaks to failures of personal responsibility, rather than structural errors.

The limousine driver dubbed Sydney’s “patient zero” and “barbecue man″ were both blamed for kicking off outbreaks north of the border. Both were cleared of any wrongdoing.

Earlier in the outbreak, Queensland authorities pinpointed a tradie, who also worked as an male entertainer and was infected with COVID-19 while performing at a hen’s party, as spreading the virus across he border into NSW.

It was easier for us to issue a collective “tut tut” than to probe deeper and ask how the healthcare worker he caught it from wasn't better protected while treating returned travellers.

Mobilising citizens around a common enemy, even innocent ones, unites us in anger. These scapegoats may bring us together but it does little to address structural problems or government inaction that allow this virus to spread.

Abroad, governments are increasingly laying blame on the unvaccinated for spreading the virus.

In the US, Republican governor Kay Ivey from Alabama recently told her fellow Americans it was “time to start blaming the unvaccinated folks” for rising cases of COVID-19 in the US.

Such a narrative implies an individual's hesitancy, laziness or selfishness is to blame if they get sick, freeing the government of responsibility when it comes to equitable vaccine access or a better communications strategy.

As we know in Australia, where the vaccine rollout has been a government-made disaster, this is simply not the case.

We all must take personal responsibility to keep ourselves and the community safe during the pandemic. But overwhelmingly the public have abided by rules and restrictions despite the inconvenience they cause.

Knowing how and where outbreaks start gives health authorities valuable information that can shed light on our behaviours and help shape a public health response. It can lead to clearer government messaging, better community compliance and more robust measures to prevent outbreaks.

But using this information to attribute blame to sick individuals is makes governments less not more accountable.

Just as one person cannot defeat COVID-19 alone, no single person can be held responsible for an outbreak.