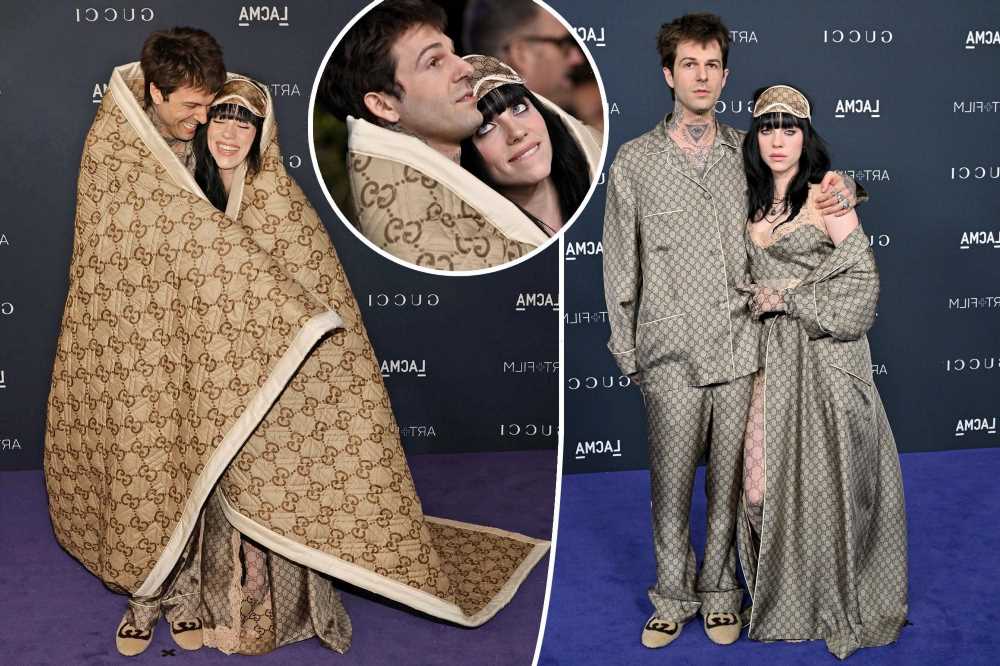 Finneas suffers several fractures in biking accident: ‘I feel so lucky to be here’

Billie Eilish and Jesse Rutherford made their red carpet debut on Saturday at LACMA’s Art + Film Gala, posing for photos while huddled under an enormous Gucci blanket.

The pair alternated from concealing themselves beneath the statement-making cover and dropping it to display head-to-toe Gucci-monogrammed pajamas.

Eilish wore a sleeveless silk gown, and Rutherford in a shirt and matching cozy pants. The pair also both wore Gucci shoes, with Eilish topping off her look with an eye mask.

Their red carpet appearance comes days after the “Happier Than Ever” singer, 20, and 31-year-old Neighbourhood frontman went Instagram-official.

The couple has been spotted out together multiple times over the past month. 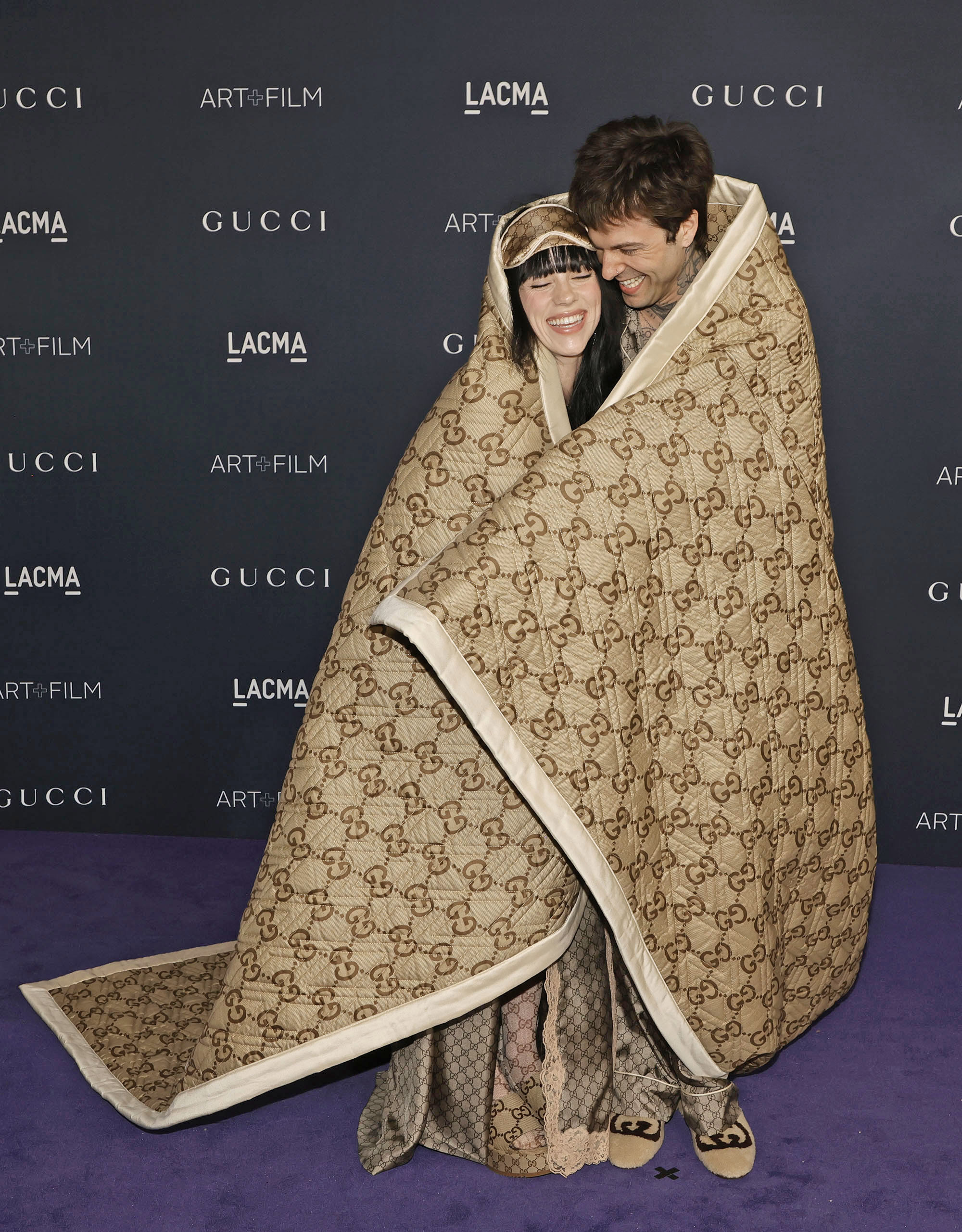 On Oct. 14, they were spotted holding hands while leaving a haunted maze at Halloween Horror Nights at Universal Studios in Los Angeles and on Oct. 18 they were spotted smooching outside an Indian restaurant in Studio City, Calif.

The couple — who have received plenty of backlash over their age gap — poked fun at haters on Halloween with Eilish dressing as a baby while Rutherford wore an old man costume. 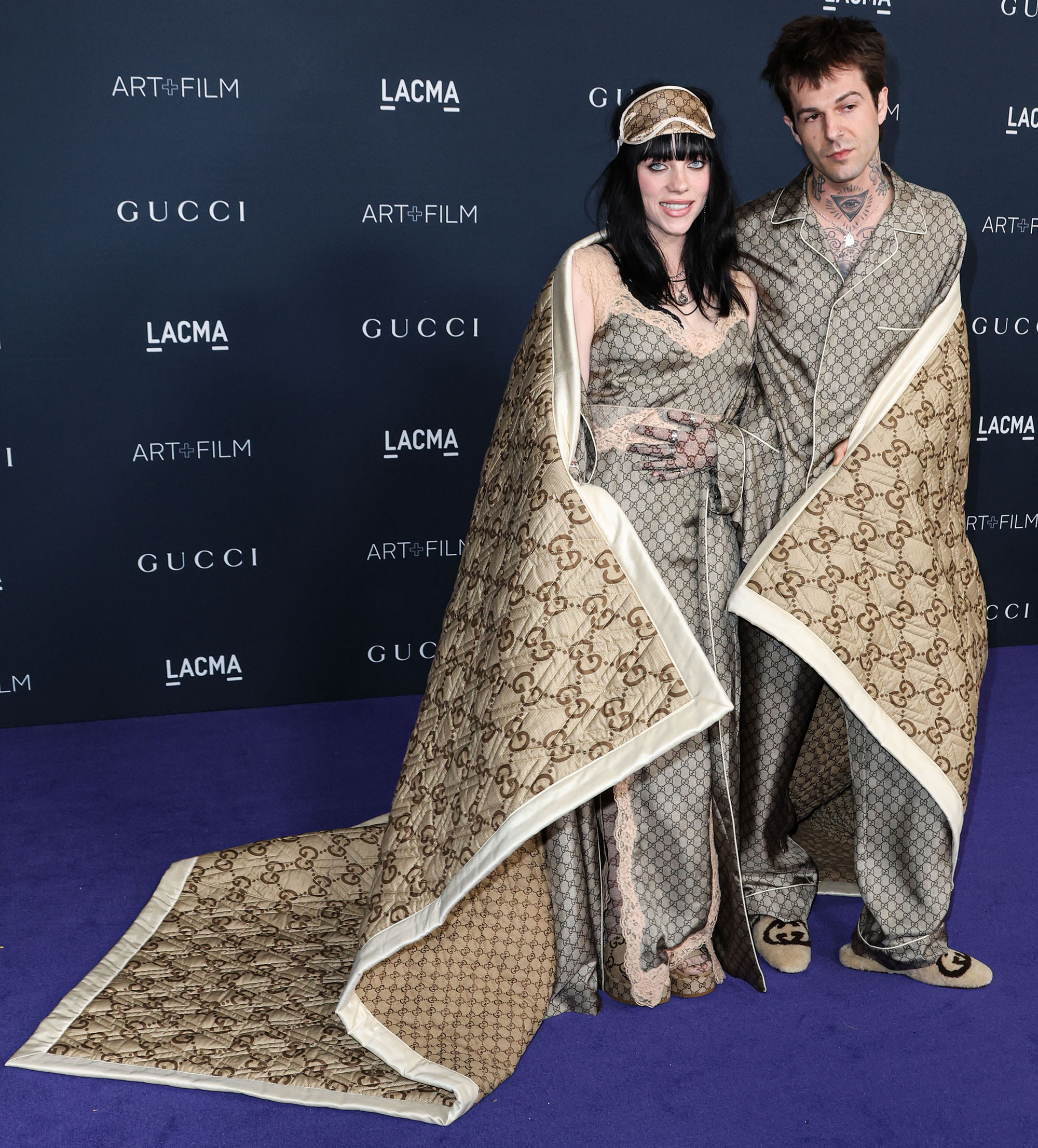 “i love jesse but it don’t sit right with me how she’s not even able to legally drink n he’s 31 no no no 😭😭😭,” one busybody commented on the TikTok capturing them at the haunted house.

“yes they are adults but 20 and 31 are not NEARLY in the same maturity range… like a 20 year old is college aged and a 31 year old is a fully grown ass adult,” another person stated. 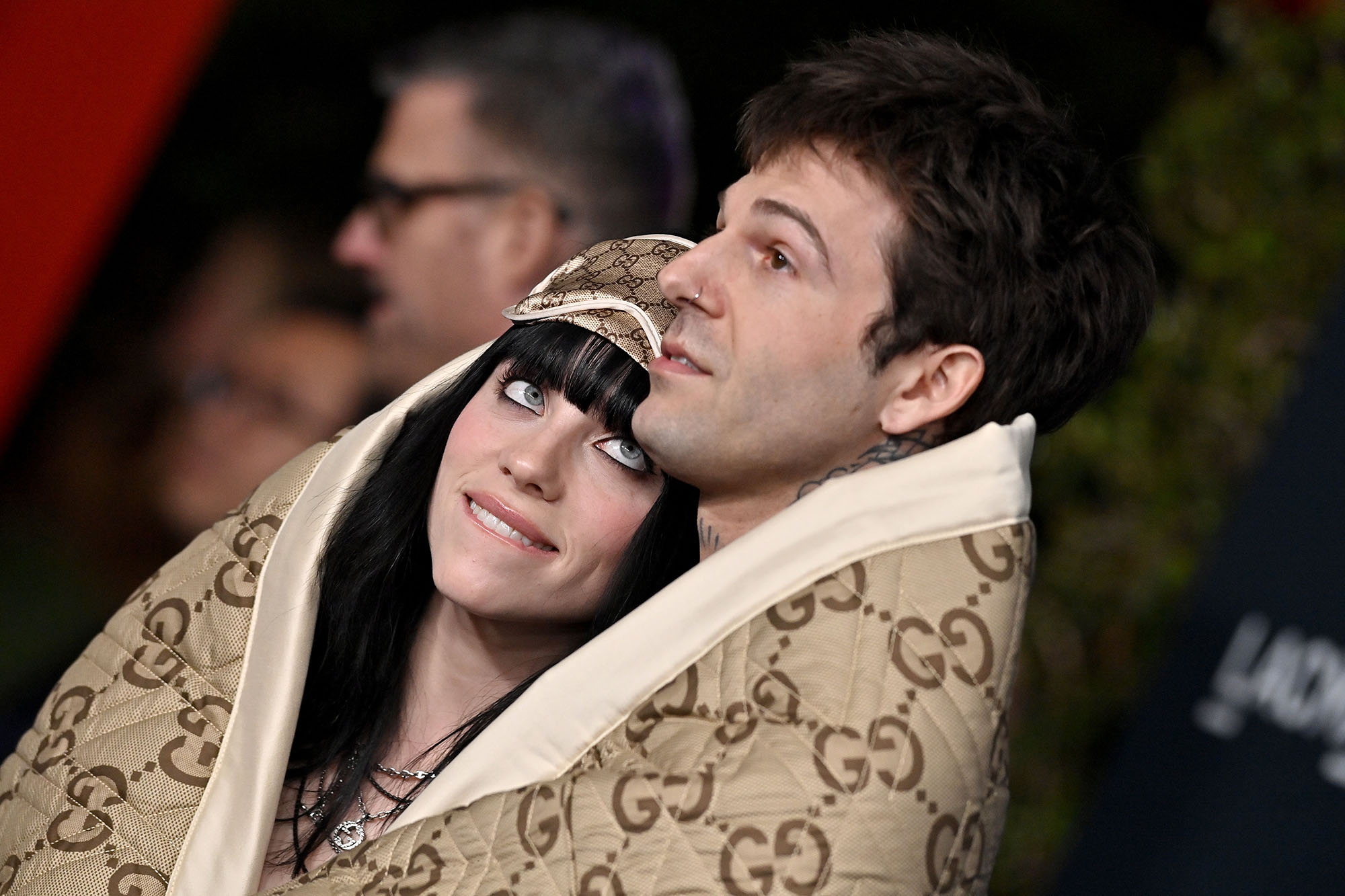 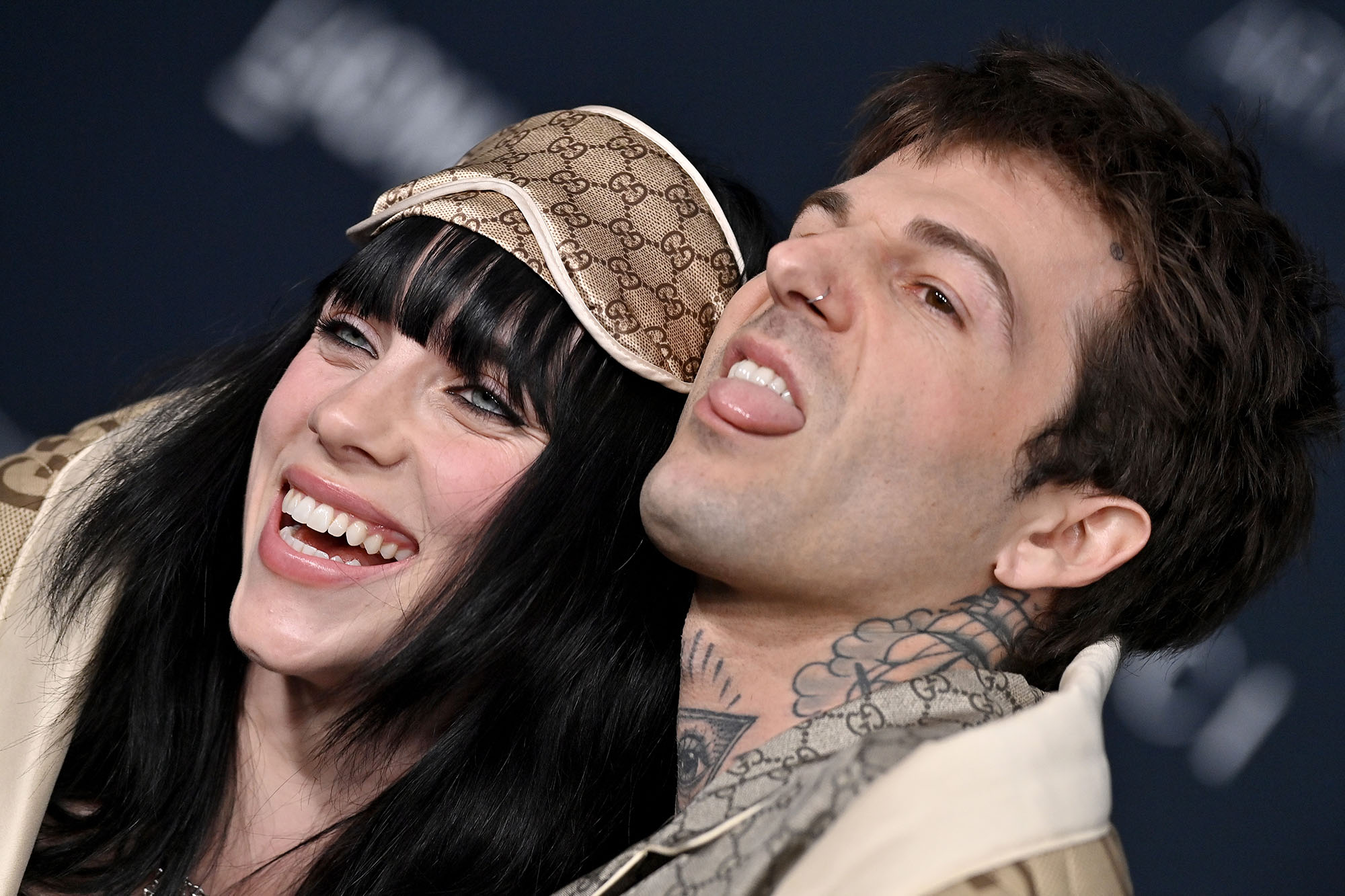