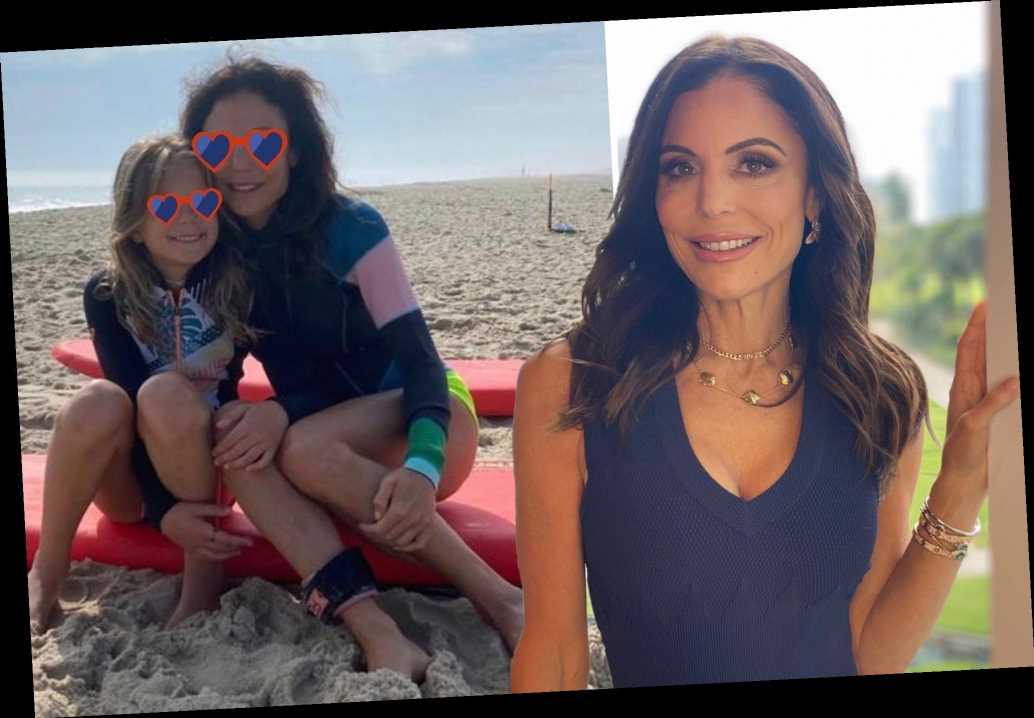 Bethenny Frankel is engaged to Paul Bernon after finalizing her divorce

Bethenny Frankel knows the value of being successful in business, but understands that a childhood is priceless.

The Skinnygirl mogul, 50, isn’t pushing her daughter Bryn, 10, to follow in her entrepreneurial footsteps just yet, telling Page Six that she would rather have her artist daughter enjoy herself now and choose whether to sell her pieces later.

“I know it sounds crazy, but all kids are into business now because of shows like ‘Shark Tank,”‘ Frankel — who appeared as a shark on the ABC hit series — said while promoting her partnership with Scotch Brand to support small business owners across the country through the Ship It Forward Small Business Grant.

“So I like that she’s not thinking that way,” she added. “I want her to enjoy her life. Life gets hard later, so let’s enjoy it now.”

Frankel also gushed that Bryn is a talented artist who worked with Romero Britto at his Miami studio this winter.

Luckily for Frankel, Bryn is always willing to lend a helping hand when her mom needs one.

Frankel shared, “One time during the pandemic, I had to do something in business where I had to shoot a video and none of my staff could be around because it was obviously a pandemic and I was home with my daughter quarantined and she set up the video, set up the lighting, set up the props … she did a great job! But she doesn’t really want to get paid and she doesn’t think like that. I like that.”

For now, the business deals will be left to Frankel, who is focusing on her BStrong disaster relief foundation and gearing up for the release of her HBO Max business competition series, “The Big Shot with Bethenny,” next month.

“It’s ‘The Devil Wears Prada’ meets ‘The Apprentice’ meets my reality show,” she explained of what fans can expect. “It’s based in authenticity and truth. It’s my brand. It’s my dressing, my shapewear, my popcorn, my coffee, my coffee sweeteners. So it’s real. My relationship with HSN and all these things are real.”

In her personal life, Frankel recently got engaged to Paul Bernon after finalizing her years-long divorce from Jason Hoppy, who is Bryn’s dad.

Fans who own a small business can enter to win a $10,000 grant and a one-on-one business coaching session with Frankel from March 29 until April 16.