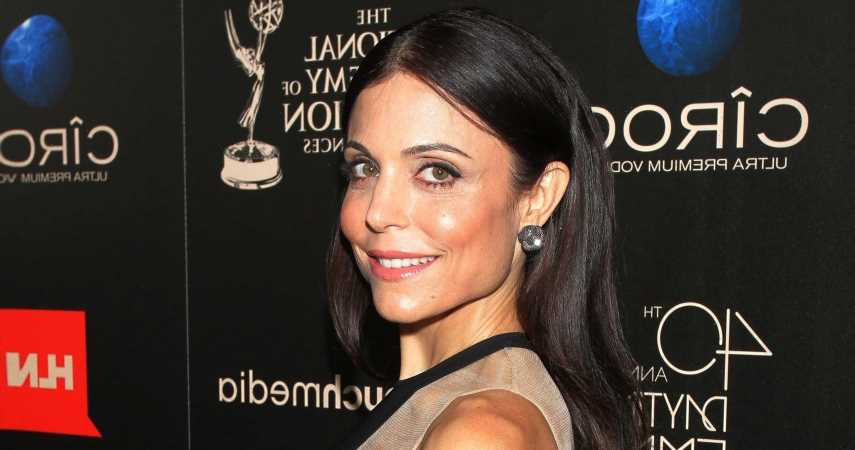 Since the first episode aired back in 2006, Bravo’s The Real Housewives franchise has shown America that there’s more to its effluent cast members than just cat fights and table flipping. The franchise’s ten spin offs showcase the ins and outs of these women’s personal and professional lives; from their bitter divorces to their larger than life charity functions, all while entertaining audiences of millions for nearly two decades.

One of the biggest success stories of the franchise is none other than the Big Apple’s Bethenny Frankel. Since 2008, when the world was introduced to her on the first episode of Real Housewives of New York, she’s gone from talk show host to best selling author to even being on the cover of Forbes Magazine. She’s the true definition of a girl boss!

In 1992, after graduating from New York University, Frankel packed her bags and moved to Los Angeles to purse her aspirations of becoming an actor. She landed a few bit parts here and there, but was having trouble finding her big break.

Though, her aptness for finding a side hustle was evident even in the earliest stages of her career. Fun fact: Bethenny worked as production assistant on Saved By the Bell and was a nanny for Paris Hilton. The connections she made during time at Saved By the Bell helped her launch her first of many business ventures – a party planning company called In Any Event. It was clear that Frankel would do whatever she could to make ends meet.

“I walked everywhere except at night,” Frankel recounts to Grow,  “I didn’t go out to dinner unless someone else was paying, and I hustled by cooking for people and selling items in my closet. I would always find ways to work for extra cash.”

After the business fell through, she launched a new company, BethennyBakes. With her newfound cookie brand, she was determined to get on NBC’s The Apprentice. Though she was rejected the first time, she went on to be featured in the show’s spin-off series The Apprentice: Martha Stewart. Her brief moment in the spotlight brought her a column in Health Magazine and an endorsement deal with Pepperidge Farm.

Like her previous company, this brand didn’t last long. But Frankel finally found her big break when her longtime friend Jill Zarin brought a Bravo casting call to her attention. The soon-to-be hit show was pitched as a reality series exploring the lives of Manhattan’s finest socialites. Frankel wasn’t 100% sure about going through with it at first.

“Everyone around me said, ‘If it’s a train wreck, which it will be, you will be a part of that train wreck.’ I had already been paid by Pepperidge Farm. I had a column in Health magazine,” the savvy business woman told Forbes, ” I was doing segments on the Today show. If the show blew up I would have lost all of that.”

She eventually chose to sign on to the show and her life changed forever.

She eventually chose to sign on to the show and her life changed forever. She was an instant fan favorite with her witty one liners and laser focus for the art of entrepreneurship. She was such a hit that Bravo gave Bethenny her own show. The series premiere of Bethenny Ever After saw a whopping 2.1 million viewership, making it the biggest premire the network had seen at the time. Though she decided to exit RHONY after its third season, her journey to international stardom was only just beginning . . .

Margaritas and cocktails are practically the foil for the Bravo’s housewives – and surely many of its viewers. So it’s only natural that Frankel used her business prowess to capitalize on the  in need for a delectable drink after a long day’s work.  So, she created SkinnyGirl Cocktails.

The alcoholic beverage brand was established by the Bravo star in 2009, accompanying her best selling books that came out the same year – Naturally Thin: Unleash Your SkinnyGirl and Free Yourself from a Lifetime of Dieting and The SkinnyGirl Dish: Easy Recipes for Your Naturally Thin Life.

In the company’s first year, it sold around 160,000 cases of drinks to fourteen different states. Two years later, the brand was acquired by premium spirits company Beam Global – putting SkinnyGirl in the same hands as Jim Beam and Canadian Club.

2011 was a pretty big year for Frankel. Along with selling her company, she taped a pilot for her own talk show with Fox. A six week test run was carried out in 2012 to see how well the show would replace other productions that weren’t doing as well like Anderson Live. The following year, fans tuned into Bethenny to watch the reality star sit down with guests like Omarosa and Bevy Smith. Unfortunately, as the show’s ratings weren’t to the networks liking, her talk show cancelled after just one season.

She later rejoined the RHONY in 2015. While her life was on display for the entire world to watch, she was in talks with MGM Television to get a separate show made that she’d star in. After departing from the Housewives franchise in 2019, she came out publicly about he deal she’d made with them.

“It’s time to move on and focus on my daughter, my philanthropy and my production partnership with Mark Burnett, producing and starring in shows which represent a shift in the conversation for women,” she told People.

Thus, newest reality show Big Time with Bethenny was born. First airing in the beginning of this year, the show was produced by HBO and MGM and featured the star searching for her next business partner.

She went on to end her deal with MGM, saying that she wanted more freedom in the way she handles her empire. With her cocktail business and $70 million net worth, everyone’s waiting to see what this television personality turned mogul will do next.