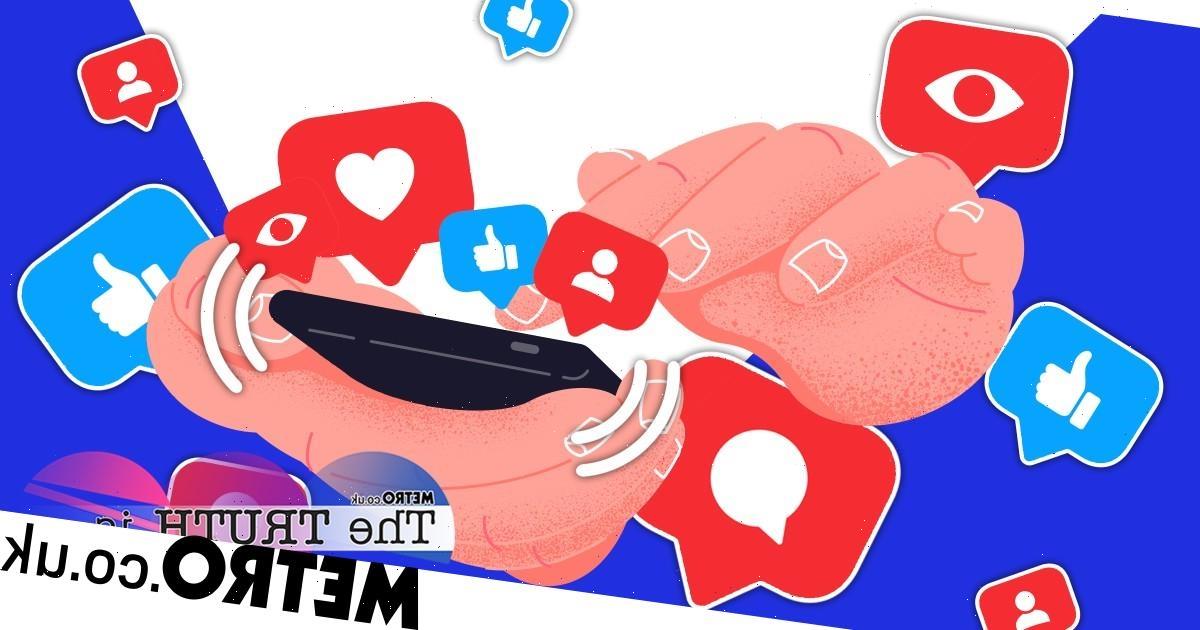 ‘Scott, let me just quickly adjust this silly Wi-Fi – is that alright?’, recently-fired The Apprentice contestant Navid Sole interjected during our live chat.

He was a guest on my Instagram TV (IGTV) show Celebrity Skin Talk, which was live and streaming to hundreds of viewers. He went off camera and then a few moments later, we got disconnected due to a faulty internet connection.

That was the last I heard from him until an hour later when he private messaged me, apologising.

In the meantime, I was left on an Instagram live interview with no interviewee so had to improvise. I didn’t know when, or if, he’d be back.

My stomach flipped and I felt sick because I had loads of followers watching and I had to quickly ad lib and fill the dead air.

Shortly after, some of my followers complained. One said that they were annoyed that he hadn’t talked about his skincare regime, as that was the point of the show. Others were angry that the timing of the live interview had been changed with just half an hour’s notice and they’d missed it. 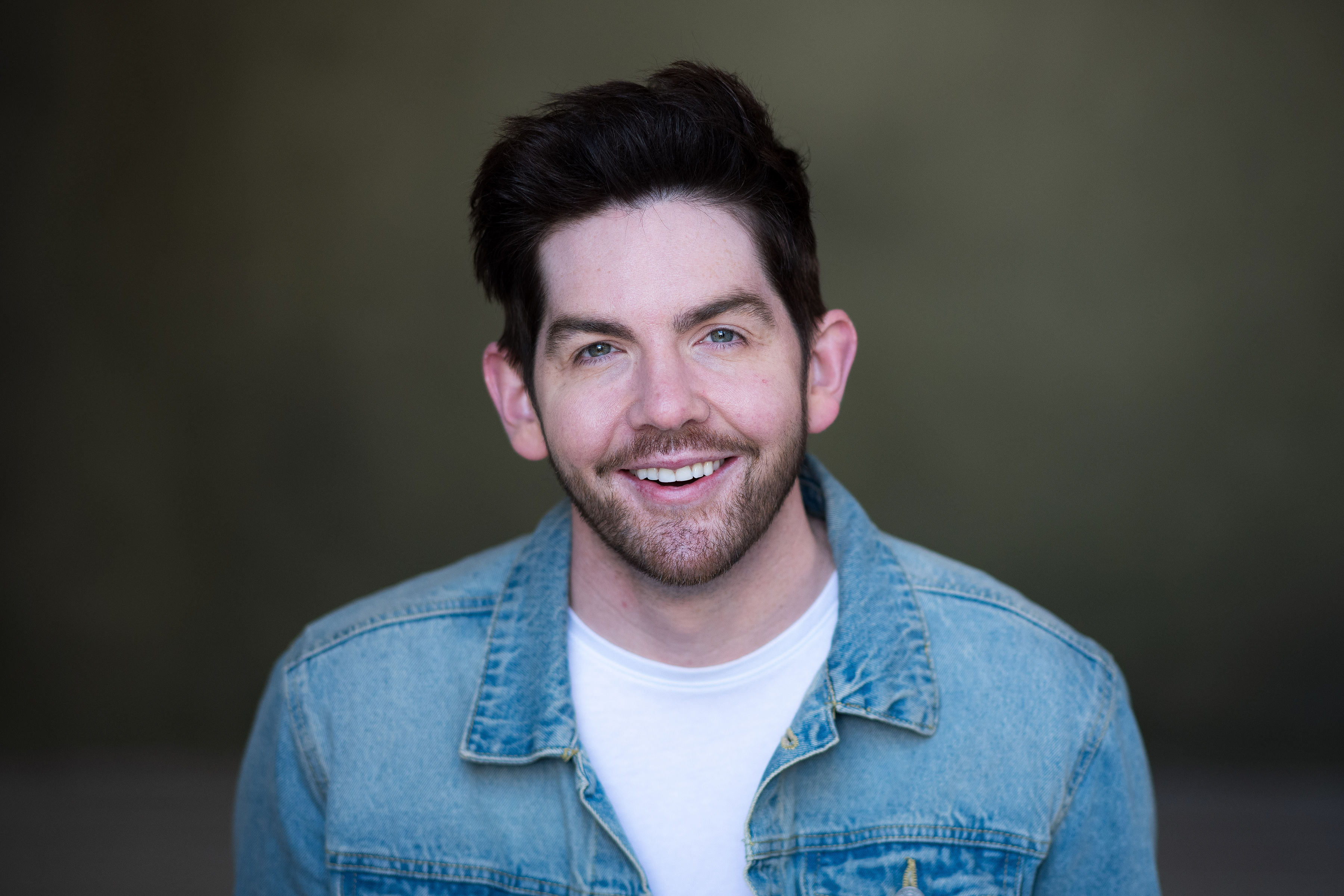 I ended up having to make a public apology to my followers on Twitter and Instagram, to say I was sorry – which was horrible to have to do – especially because it all couldn’t be helped.

Interruptions and interactions like that can cost me followers.

This is an example of when being an influencer isn’t all its cracked up to be. The buck stops with me. My brands and followers don’t care what has gone wrong behind the scenes – they just care about what they see. If it isn’t absolutely on brand and perfect, they can change allegiances quickly.

I first realised that being an influencer was a viable career option for me in 2016 when I started to share my acne journey and skincare tips on social media.

I had severe acne as a teenager so I was bullied at school and I left in 2003 without any qualifications.

I started experimenting a lot with skin products and then gradually noticed friends – both in real life and online – asking me for advice. People responded to my posts really positively and I think that was helped by being a male acne sufferer.

It took me three years to get my first paid ad and I got about £25 for it. That went up and up and I now get roughly £550 for a post – videos and stories can be a lot more.

Brands started following me and then eventually I got offered a couple of yearly campaigns as a brand ambassador. That’s when I really started to call myself an influencer – and also when I realised how much work was involved.

I had to reshoot one of my first campaigns five times due to product changes, date changes or I wore a logo. I learnt pretty quickly that brands can’t use anything you create with logos on it.

It took me six hours to prep, shoot and edit a review video and at the end, I realised I’d worn a Nike hat. It was a nightmare and I felt like crying. In fact, I think I did cry.

My influencer career has grown massively since. I work hard and I reinvest back into myself. I spend money on the best equipment and backdrops. You have to keep up with technology to put out the best content and keep growing.

The premise of the show is to ask celebrities about their skincare and they often spill the beans on other things that the public don’t know.

For example, Loose Women presenter Saira Khan told me that she didn’t get on with some of the other co-hosts of the show and she just ‘tolerated’ them. That one was picked up by all the tabloids.

I’ve also had Love Islander Chloe Crowhurst on the show and she said that the Love Island producers pursued her so hard to be on the show – they even turned up at her work!

I treat my show as you would a professional celebrity TV show and I regularly reach over 10,000 people per episode. The Rebekah Vardy interview got over 17,000 views and was topical because she was on Dancing on Ice at the time.

The amount of planning that goes into content creation is huge.

For Celebrity Skin Talk, I have to contact the celebrity’s PR, find a suitable date for them to come on, prep the questions and get them signed off. Sometimes, like with Navid, things don’t go according to plan.

To keep interest and engagement, you have to continually create content that very often isn’t paid.

For example, I have drawers full of skincare products that I’ve been sent by brands, so I’ll plan a story that starts with me talking about the product. I’ll then schedule a post to revisit that in four weeks after I’ve used the product for a period of time.

People say: ‘It must be so cool to be an influencer’, but I’ve lost count of the times I have missed important milestones. I couldn’t go to my niece and nephew’s birthdays countless times because I was on a sponsored trip or I had some brand filming.

My mum’s birthday celebrations this year have had to be changed and we’re actually celebrating it a week in advance, as I’ll be at Crufts where I was invited as a guest.

I also spent a lot of money on cameras and lighting at the beginning. I was working full-time at a hairdressing salon at the time so I used my savings and money from my day job.

The competition among influencers is growing all the time and brand expectation of us has increased. They want us to get as creative as possible with our content.

This can be tough when you have to adhere to brand values as well as ensure you are giving your followers what they expect. Sometimes marrying the two is difficult and there are always influencers willing to push the boundaries to attract more followers.

The global influencer market is still a booming industry (reported in 2021 to be worth £10.3billion) but it is getting harder with algorithms playing hell with our content visibility, which affects our revenue.

One day, I’ll be seeing certain posts from five days ago, then it will suddenly change. When you start out, you pay such close attention to the changing algorithms because they can affect how many people see your post. In fact, there are so many tutorials on You Tube that show you how to follow the algorithms.

Now I have a really healthy following, I ignore them and just get on with what I’m doing. But it was taking over my life for a while and I couldn’t keep up.

It can be really stressful and sometimes I have really bad weeks.

Today, I am a skin care influencer with over 256,000 followers on Instagram and over 15,000 on Twitter. It is hard work but sometimes I have to pinch myself that this is my job.

I have sacrificed a lot to get where I am but along the way there have been some incredible perks. I’ve had amazing hotel breaks, spa days, dinners, been to some spectacular events and paid for shopping sprees.

It took time, dogged determination and hard work to get here but I want people starting out to know the reality.

The polished images you see have taken hours of work and each video has probably been reshot three times over just as many days. I get messages for help and advice on content creation and I say never try to copy someone else, try and do something different but be true to yourself.

Putting yourself out there will attract the trolls so be aware that you may need a thick skin.

I recently had a troll set up a fake account as me, then contacted all my followers and messaged them as me telling them lies. It was really creepy. I also get loads of people who message me just to tell me they hate me.

Always reach out to other influencers for help if you need it. There is a support network in place for those down days or creative blocks.

People just see the polished images and the fun videos, but what they don’t see is the six hours it has taken me to script, film and edit that video.

While most of my followers are genuine and lovely, I’m always aware that the next message could be nasty and that causes me anxiety.

Being an influencer is our job, we aren’t trying to hurt anyone and we enjoy interacting with people, but it is important to remember that we are still human, despite the pretty pictures.

Bullying is bullying, whether it is online or face-to-face.

Metro.co.uk’s weekly The Truth Is… series seeks to explore anything and everything when it comes to life’s unspoken truths and long-held secrets. Contributors will challenge popular misconceptions on a topic close to their hearts, confess to a deeply personal secret, or reveal their wisdom from experience – good and bad – when it comes to romance or family relationships.