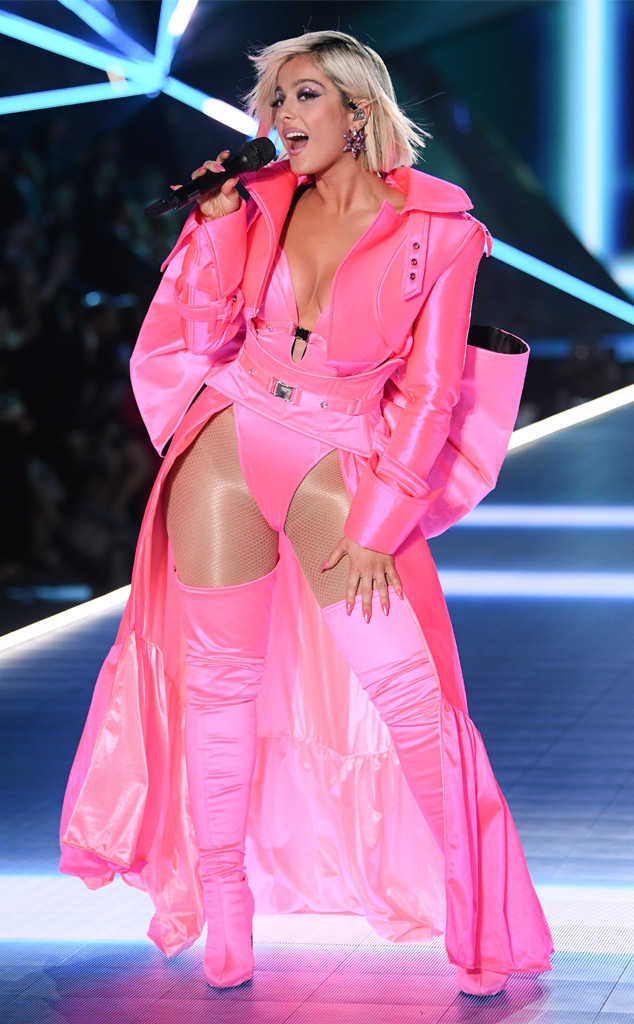 Bebe Rexha isn’t afraid to put those who cross her on blast.

Such was the case for one apparent NFL star, who Bebe has claimed continues texting her despite having a family of his own. The “Meant to Be” songstress took to Instagram Stories on Friday with a message for the unidentified football player, and long story short, she wants him to back off.

“Do you ever have that one guy that always comes in and out of your life,” Bebe wrote. “And they are cheaters waste your time.”

The 29-year-old pop star then shared an alleged text exchange with the man, who writes, “When will I see you my friend!” with a crying face emoji. She responds, “I’ll be performing on New Year’s Eve. On NBC. Happy New Year’s my friend.”

When the athlete inquires about seeing Bebe in person, she replies, “I’ll be performing in San Jose in January.”

In a separate post, Bebe continued, “You’re married and have three kids. Be a good role model and play your sports and leave me the f–k alone.” 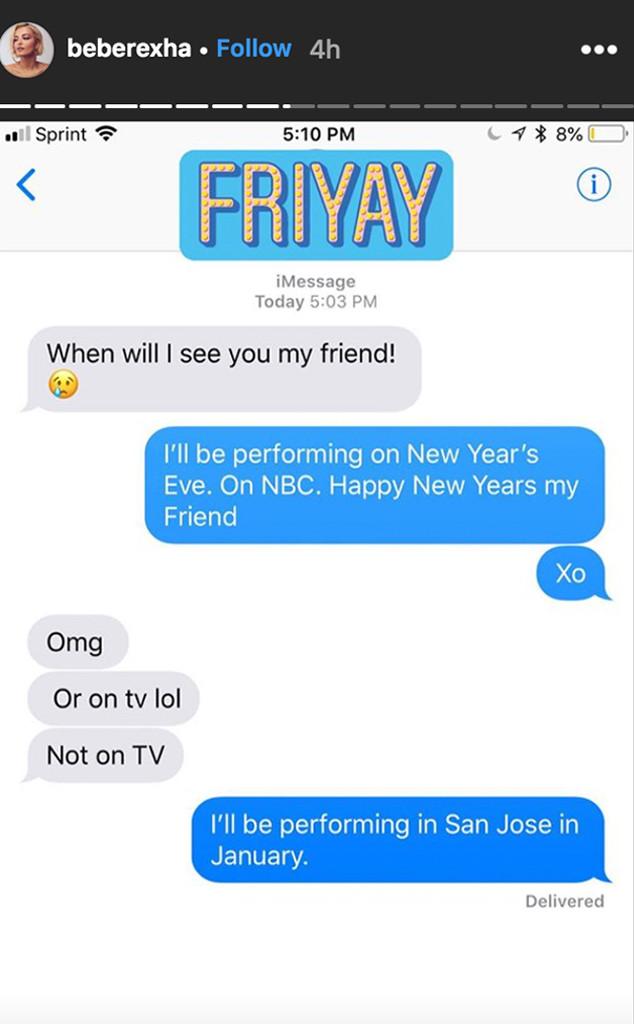 “Don’t be texting me ‘hey friend’ especially if you’re a married man,” Rexha added. “Sorry. That s–t don’t fly with me… Go back to playing football. If only you guys knew.”

Her rant concluded, “I feel bad for writing that but it’s how I feel.”

And aside from cheating, Bebe has quite a list of deal breakers when it comes to her romantic partners. She shared her most important dating rule on E!’s LadyGang, and fellas… you better bring your wallet if Bebe agrees to going on a date.

“If we’re in a relationship and I really like you, you better believe I’ll pay for the meals,” she shared. “I’ll fly your family out one day and pay for your mother’s meal. But on the first date if I end up paying for the meal, that means I’ll never let you take me out again. Do not let a girl pay.”