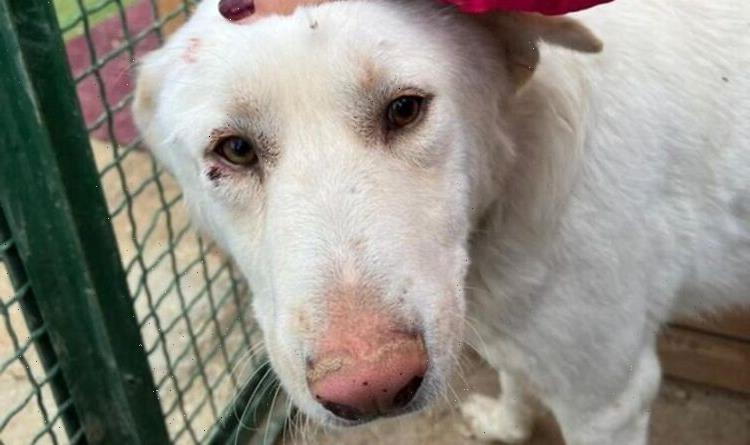 Staff at the Wild at Heart Foundation in Lebanon are desperate to find Labrador cross Charlie a loving family. According to the Foundation, he used to be the “life and soul of the party” always wanting to play with other dogs, but he has recently lost his enthusiasm.

Jenni Musson from the Wild at Heart Foundation said: “It’s such a shame as he was a fun and playful dog but has lost his spark after being in the shelter so long.”

She expressed the hope that Charlie would regain his spark once he finds a new home.

The pooch was found injured and alone as a puppy on the streets of Lebanon last year.

He was rescued and taken to a clinic for emergency surgery where blood was “donated” from another hound, named Gia, saving Charlie’s life.

He has been in the care of the Foundation for nearly a year, but other dogs have started picking on him.

For that reason, he is ready to travel to the UK as soon as a suitable home is found, the Foundation says.

In spite of the transportation cost in sending him to the UK, Charlie is still “cheaper than buying a pedigree dog”, according to the Wild at Heart Foundation.

Charlie has been described as being full of character with a loving nature towards everyone he meets.

READ MORE ABOUT BORIS JOHNSON BEING SAVAGED OVER A VAT ‘BETRAYAL’

He is confident in making friends with new people and adores tumbling about playing with his favourite toys.

The shelter describes him as an “excitable ball of fun”, adding that he can be a little too full-on for dogs that are not as playful as him.

He is also wary of some male dogs which are bigger than him so would be best suited in a home where he is the only dog, or one with a female dog.

According to the shelter, he is looking for an active family in a rural area with no young children.