Great British Bake Off viewers went wild over judge Noel Fielding’s ‘psychedelic’ outfit on this weeks episode, with one claiming it had ‘hypnotised’ them.

The 46-year-old British comedian appeared on the show wearing a bright green and black patterned shirt paired with a pair of blue denim jeans.

Tonight’s contestants were given the task to create Bengali sweets called mishtis – during dairy week, but Twitter was more concerned with the presenters shirt, rather than their creations.

Several viewers quickly took to the social media site to share their opinions on the funky outfit, with one claiming that ‘looking at the shirt was like being at the opticians’ while another said it was ‘bending their mind’. 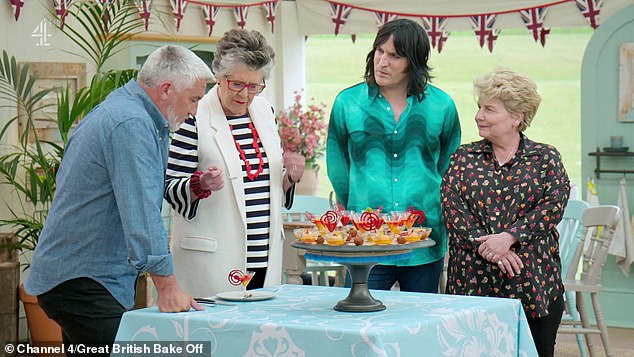 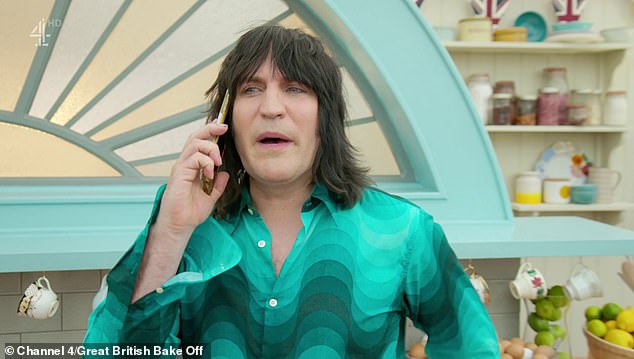 One said: ‘Why does Noel’s shirt make my eyes feel unfocused? It’s like being at the opticians where one lens isn’t quite right.’

Another wrote: ‘Noel’s shirt is a complete headf**k.’

While another user asked: ‘Is Noel Fielding’s shirt making anyone else dizzy?’

Another viewer agreed: ‘Its just me? But Noels shirt is hurting my eyes’.

One wrote: ‘Aahhh your shirt on #gbbo is playing havoc with my eyes. #magiceye’.

Another commented: ‘Bad timing to have a couple of beers before bake off this week with Noel’s magic shirt bending my mind’.

A third wrote: ‘I have to have your psychedelic #GBBO shirt for my niece’s wedding! I’m aiming for subtle mad Aunt look. Love it. Where’d you get it, if you care to reveal?’

One more added: ‘Gosh anyone else getting a migraine from Noel’s shirt this week.’

More viewers agreed that Noel’s shirt was ‘playing havoc’ with their eyes, with one claiming irt was ‘bending her mind’

It seemed it wasn’t just the viewers that Noel caught the eye of, as he and contestant Helena Garcia joked about getting hitched on Halloween.

The baker caught Noel’s attention with her almond and buttermilk cake, shaped like a ghost, as well as her spooky outfit complete with a vampire brooch pin.

As the judges, Noel, Prue Leith and Paul Hollywood, approached her cooking station she revealed: I’m decorating it as a little ghost, a cute ghost.’ 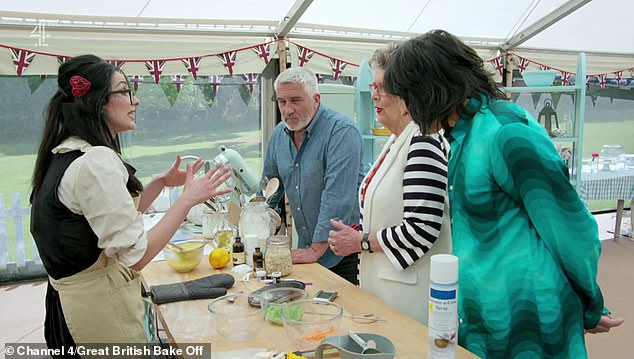 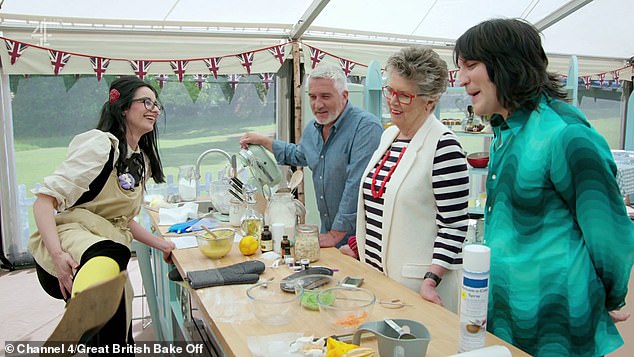 The baker quickly showed off her Halloween themed attire, catching the eye of presenter Noel 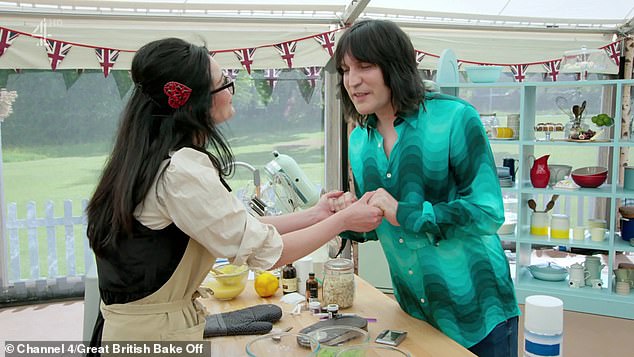 The comedian joked that he ‘loved’ the contestant, who teased that the pair would run away to get married together on Halloween

As he left, Noel confessed: ‘I don’t know what to say, I love you.’

She quickly responded: ‘Well I’ve told my husband that I’m divorcing him so we can get married on Halloween.’

As well as Noel’s quirky shirt and his flirtation with Helena, Steph took home the prize of star baker, while Phil left the competition.