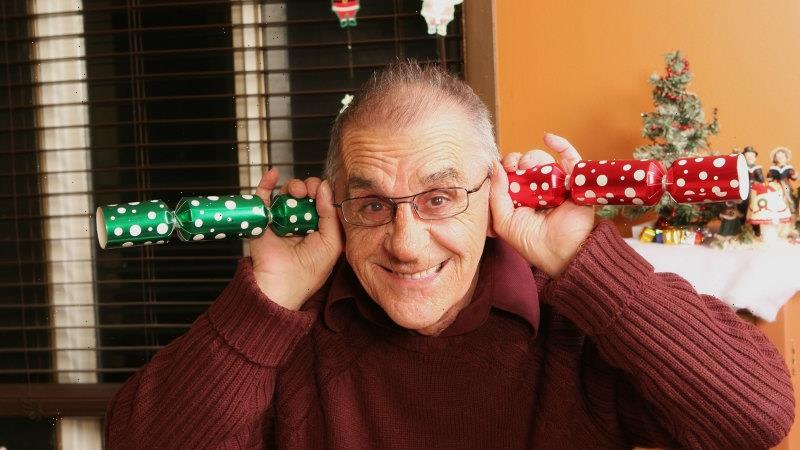 Holiday traditions are a funny thing. Some fade away, like the “boy bishop” ritual of medieval and Tudor times, whereby a choirboy was elected to run the church and lead processions. In extreme cases this was a literal toddler running the show which sounds fun to me, but toddlers and I share many interests like dancing and crying. Other customs have remained, like hanging stockings, eating Christmas pudding and familial resentment.

One tradition I suspect is on its way out is the Christmas cracker: the dual-handled bon-bon that elicits joy, fear or guttural groaning depending on the audience. Many of these mass-made crackers are made with plastic, imported, and then immediately disposed of, so during a global sustainability crisis it’s likely these may soon become historical oddities. With a heavy heart, I accept their fate but not before giving them a fitting tribute, a living eulogy of sorts – a bittersweet farewell to the humble cracker. 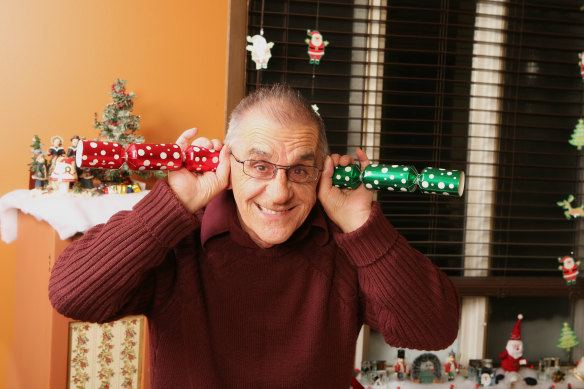 During a global sustainability crisis, they should be outlawed. And yet I’m still cuckoo for Christmas crackers.Credit:Istock/Bouillante

The Oxford English Dictionary records the origins of cracker-pulling in 1847, invented by a bloke with a regrettably forgettable name (Tom Smith) who made bon-bon sweets. When sales started to slump, he decided to create bon-bon shaped gifts instead – with the classic “crack” element and placing trinkets inside. History says adding the party popper strip was inspired by the crackle of a log on fire. It’s also possible he was a bored small business owner and decided to play with explosives. Either way, nice one Smithy.

The first stage of the Christmas cracker – the crack – is the most exciting part, eliciting both overexcited yanking and fearful wincing. My mother somehow falls into both categories, gleefully initiating a cracker-pull before turning her head almost entirely around like an owl with anxiety, bracing for impact.

This ritual can divide social groups, as true character is revealed. If you’ve ever been on one side of a bon-bon gripped tightly by someone who is clutching their end so hard the entire thing (and their body) is shaking, you’ll know this is an unsettling experience. To normal people this is not a competition, but to others this may be the only way they can feel a glimmer of success or power in an oppressive world. Therapy is expensive, so this year consider letting your freakish cousin get the big end of the bon-bon. He needs a win.

Regardless of who earns the cracker, by the time all explosions have occurred most parties will share their victories and everyone will be wearing a thin, crepe-paper crown. One of life’s simple joys is watching an older man begrudgingly put a party hat on, especially when his skull is too large and it rests atop like the angel on a Christmas tree, with none of the charm. Even better: have you ever witnessed a family argument break out during this time? There’s nothing funnier than adults exchanging terse words and turning red while wearing a crumpled paper crown, especially if it isn’t your family. ’Tis the season!

Once crowns are adorned, it’s time to unwrap and discover the toys within. If you’re lucky, the host purchased their crackers from the fancy section at David Jones that I’m no longer allowed to frequent after spraying perfume samples all over myself for too long and passing out. The bougie ones will have fun toys inside that actually function, like a cute wooden spinning top or a wind-up toy car. Those of us who chose bargain stores with questionably misspelt names like Jon’s Krazy Bargainz instead receive a misshapen plastic clump, or teeny army men who are instantly eaten and exploded out of the dog who’s taken a frankly surprising anti-military stance.

Parents and extended relatives can expect to feel a slight sting when seeing a child have far more fun playing with their new plastic whistle than the gift you gave them, a handmade educational puzzle set purchased at the Montessori festive market that cost more than six packets of David Jones bon-bons. It may be worth making a mental note of this for next year’s present list (every family needs a Grinch).

Last but definitely not least is my personal favourite part of a bon-bon: the joke.

– What do you get if you cross a Christmas tree with an apple? = A pineapple

– Why do cows lie down in the rain? = To keep each udder dry

I presume you are now in hysterics after reading those and encourage you to sit down for a moment lest you overdose on merriment. The fun in these are clearly not the jokes themselves, which are awful, but the ritual of reading it aloud at maximum volume.

For visibly annoyed persons (who may overlap in the Venn diagram of “quietly miserable from wearing a paper hat”), I recommend a slow and dramatic reading, with hand gestures, vaudevillian theatrics and knee-slapping. Bonus fun points for jokes that need to be explained in great detail, which is always the sign of a good gag! Some jokes cannot be shared at all as the tiny slips of paper were printed in 1958 and contain wildly offensive slurs. These can be discreetly placed in the recycling bin or dramatically shredded, depending on your sensibilities.

So this year, let’s raise a glass to the humble Christmas cracker. If you’re feeling particularly creative, make your own out of discarded household objects and old newspapers. Some stores even sell bulk cracker popper strips on their own, either for DIY enthusiasts or for people who enjoy small explosions. You could even attempt to fold your napkin into a crown shape and plop it on your head during dinner. If nobody mentions it, you’ve succeeded in being the weird one this Christmas, a title everyone should receive once in their lifetime. Vale bon-bons, and thanks for the memories.