‘The Bachelorette’ announces Season 19 leads — and there are two

Two roses are better than one.

After Tuesday’s shocking finale of “The Bachelor,” Bachelor Nation was treated to one more surprise: there will be not one, but two female leads this year.

Both Gabby Windey and Rachel Recchia — who both came just short of the final rose — will be taking on the role of “The Bachelorette” during the same season after having their hearts broken by Clayton Echard during the wild ending of the hit reality show.

But in-the-know “Bachelor” fans already could have told you Windey, 30, was the new star just by looking at her outfit.

You see, she was wearing “Bachelorette black.” 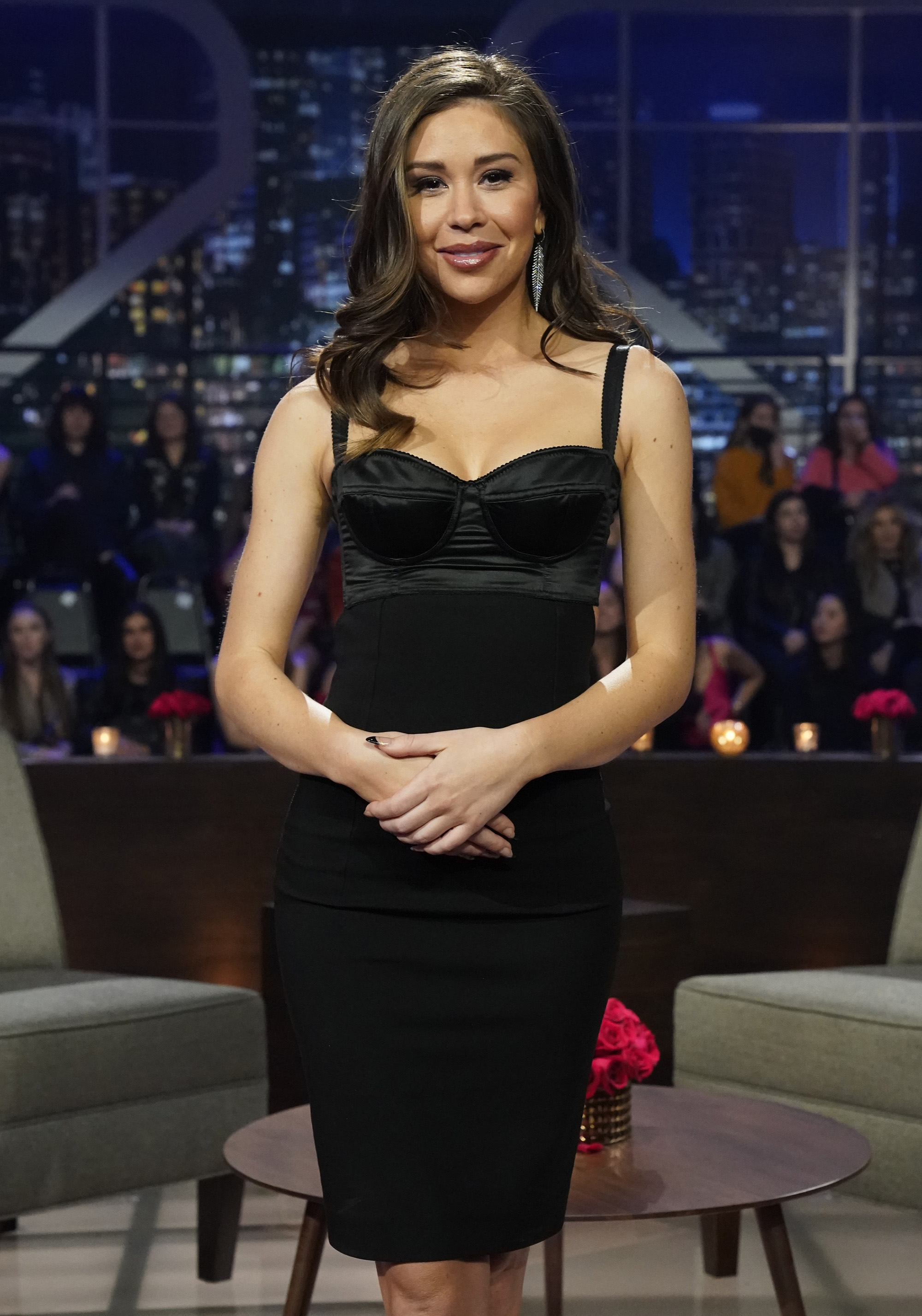 In recent years, many of the future “Bachelorettes” come out on the finale of “The Bachelor” wearing a head-turning black dress, and the brunette — who won fans’ hearts by standing up to Echard on the finale — was no exception.

Wearing a slinky black corseted Dolce & Gabbana dress ($2,095) and black crystal-studded heels by the brand ($995), it was clear ABC was rolling her out as the new woman to watch, just like some of the leads that have come before. 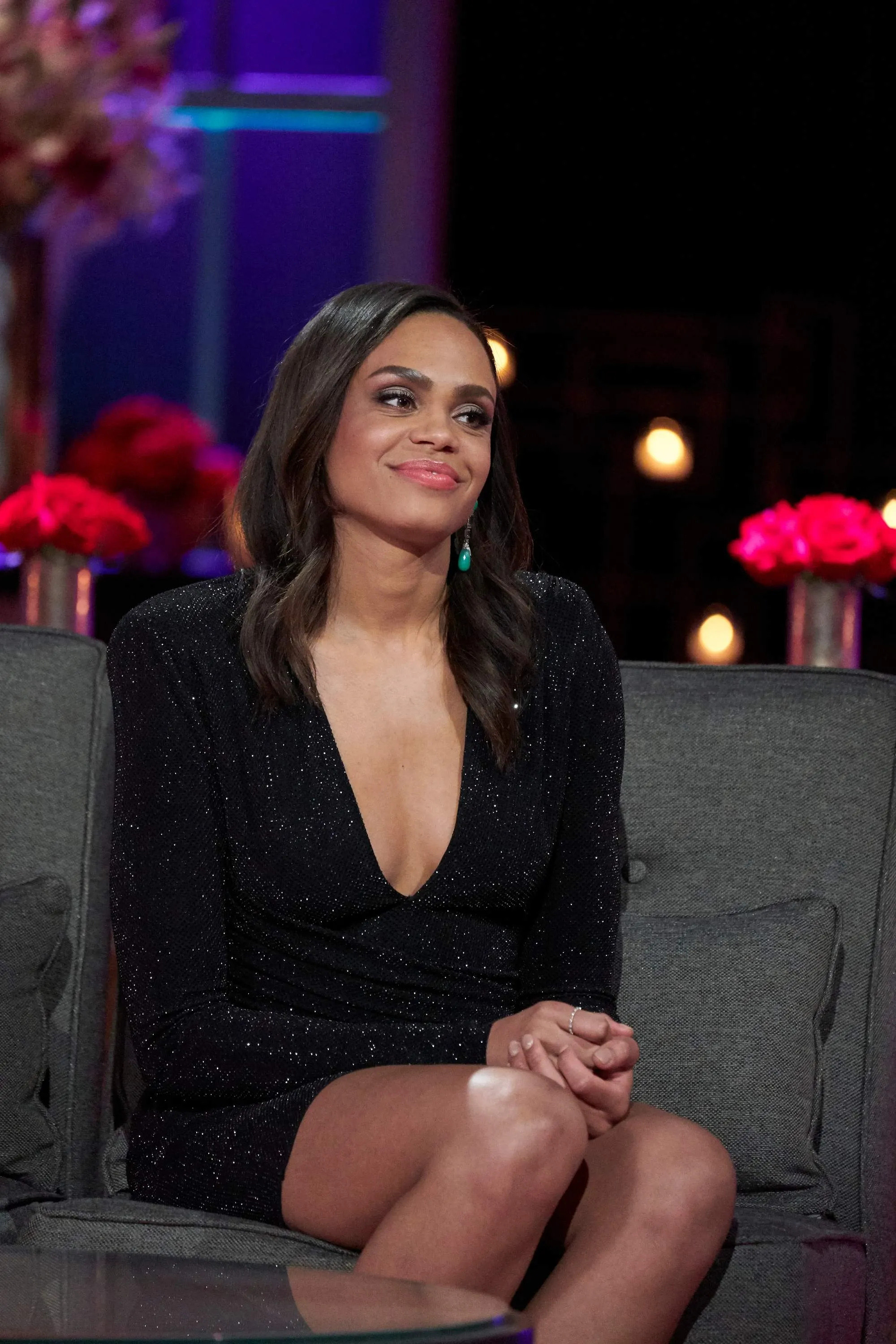 Michelle Young, who would go on to become one of 2021’s two “Bachelorettes,” stepped out in a sparkling long-sleeved mini by Alexandre Vauthier for her appearance on “After the Final Rose” during Matt James’s tumultuous 2021 run as “The Bachelor.”

On the same season, Katie Thurston, who shared “Bachelorette” duties with Young later in 2021, appeared on “The Women Tell All” in Herve Leger’s sleek ‘Icon’ asymmetric black dress ($850). 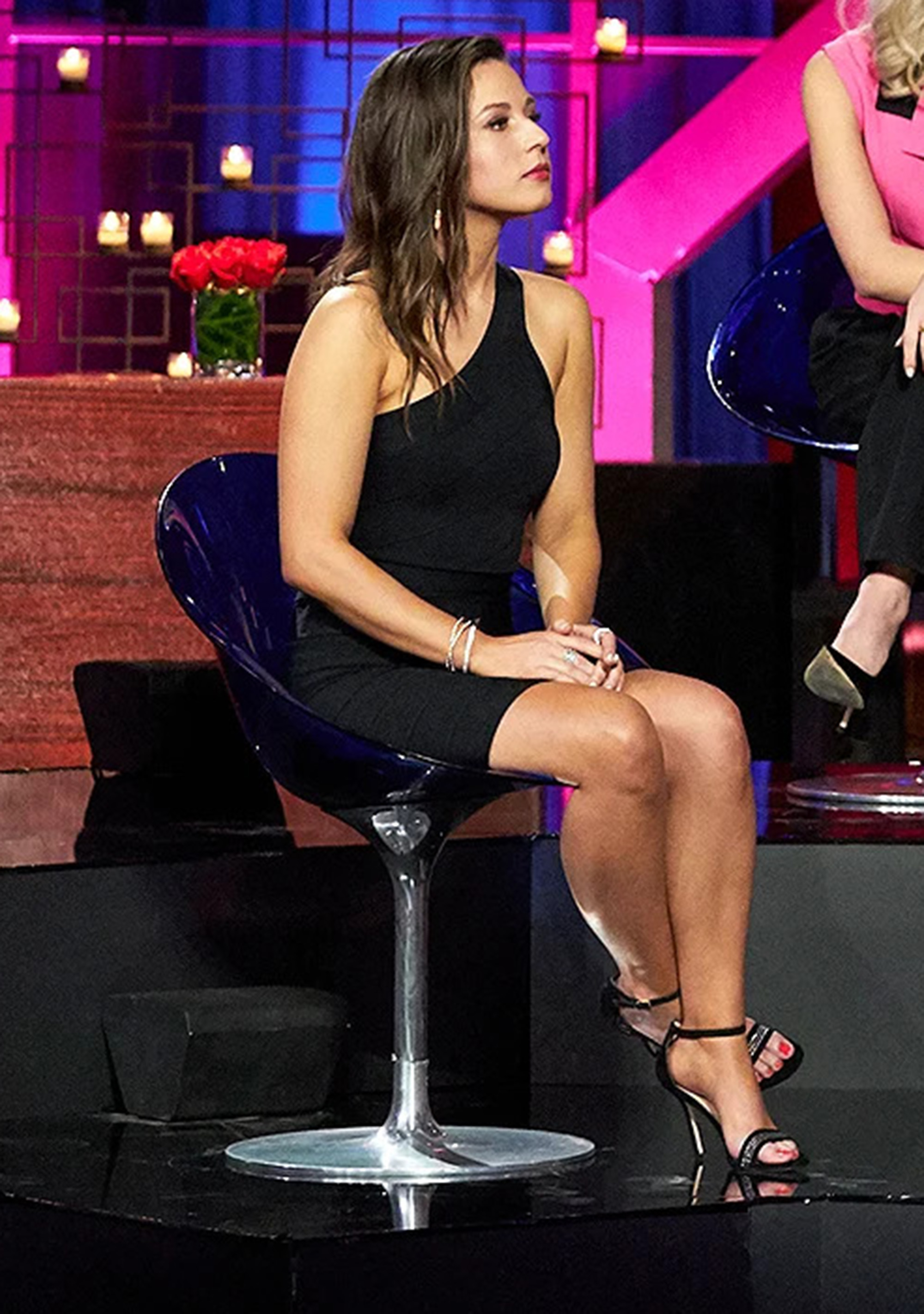 And Hannah Brown, who would become Season 15’s “Bachelorette” was dressed in a plunging $2,400 black dress by Alexandre Vauthier during Colton Underwood’s 2019 “The Women Tell All” episode.

While Windey was dressed in black, the show also played a bit of a trick on the audience: our second “Bachelorette,” Rachel Recchia, wore gold. 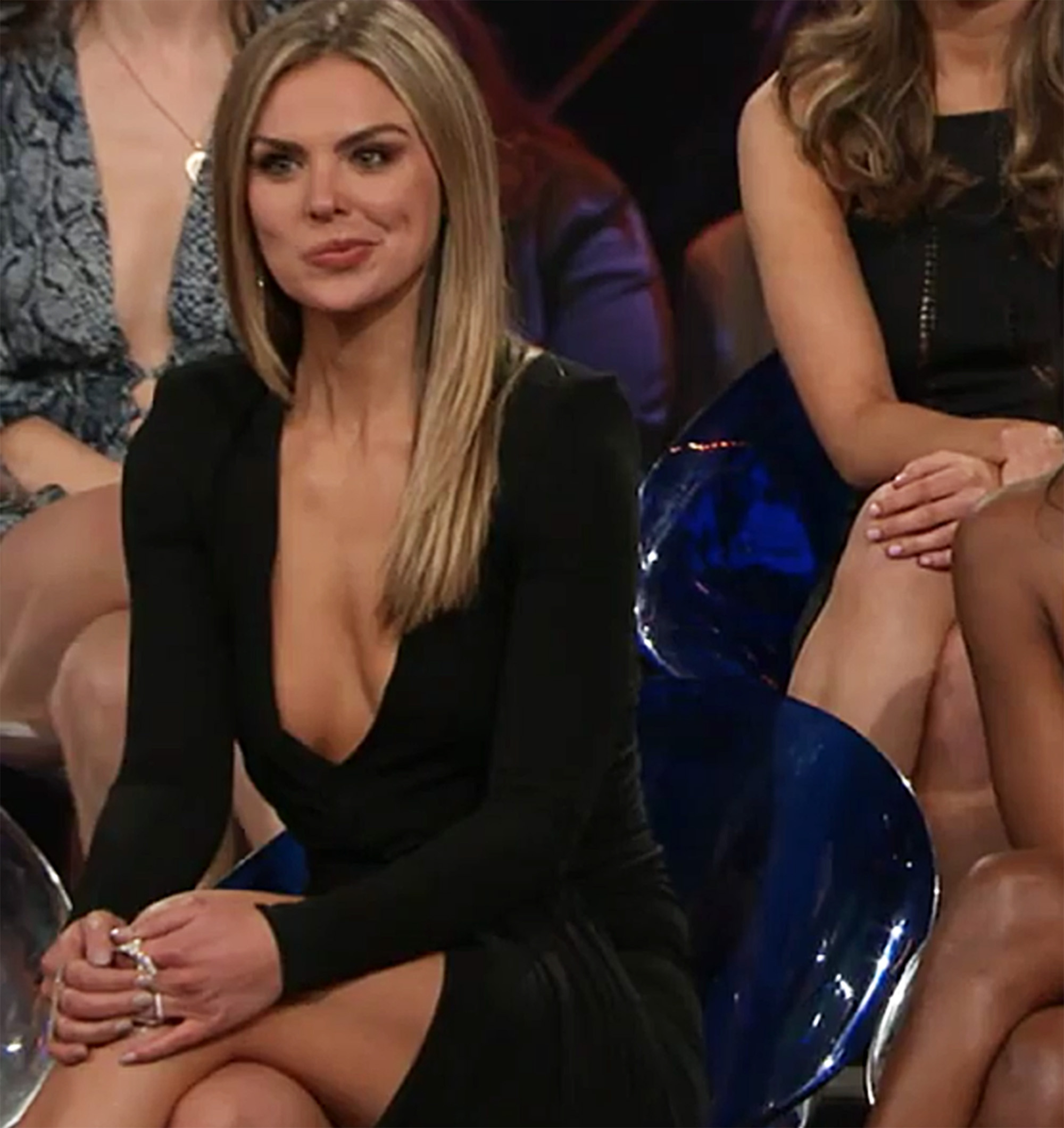 With most of Bachelor Nation already assuming Windey was the new lead, they threw fans off the scent of having two “Bachelorettes,” having Recchia, 25, show off a gold beaded mini dress from Gia by Anne Barge.

Adding $1,200 heeled ‘Chantal’ sandals by Rene Caovilla dripping with sparkling crystals to her look, the blonde beauty embraced her friend as host Jesse Palmer announced the two were going to be dual leads on the 19th season of “The Bachelorette.”

Sadly, Bachelor Nation will have to wait until July to see what this duo will wear as the limos arrive, but we expect big things. 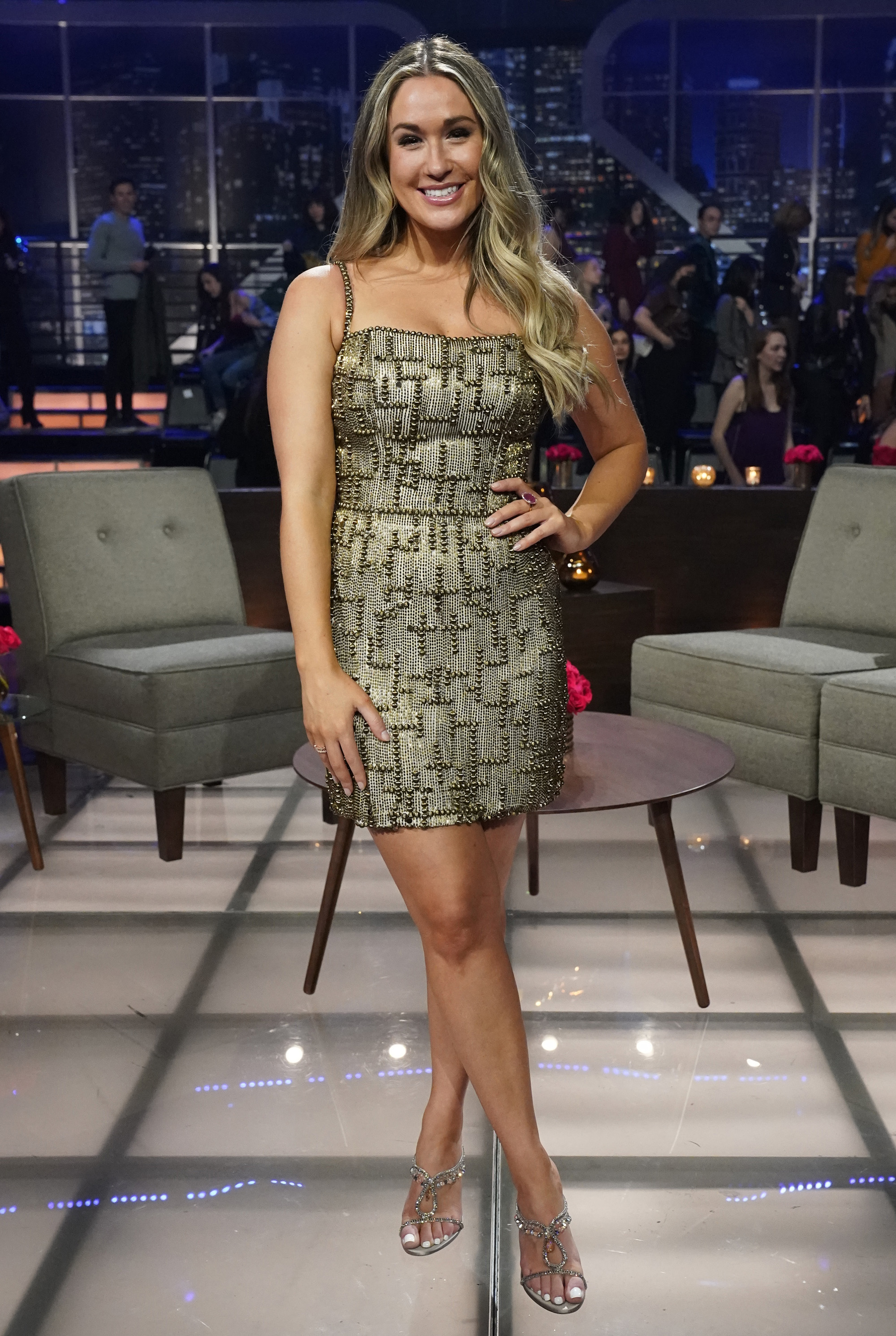