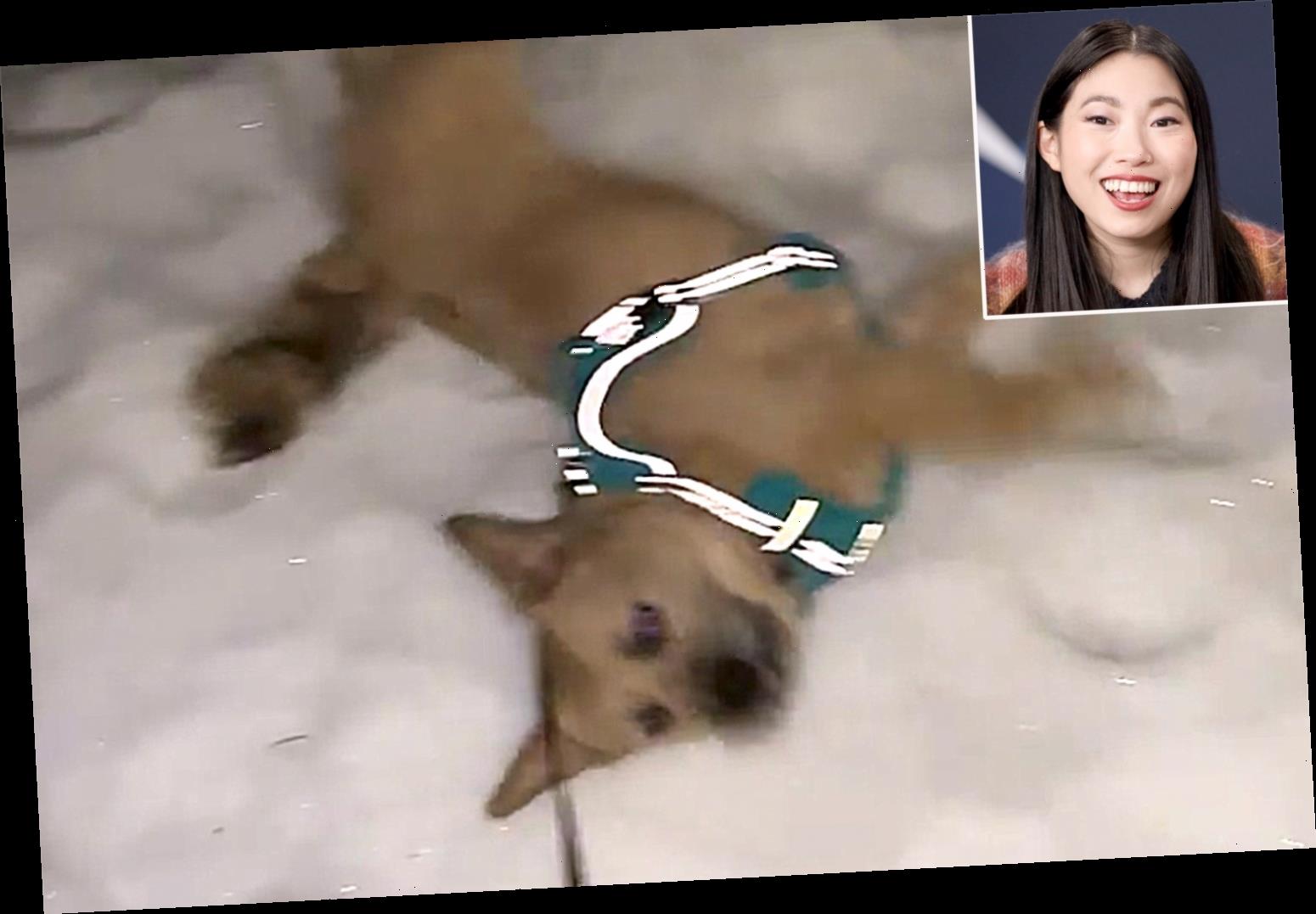 Awkwafina has a new furry friend!

The Raya and the Last Dragon star, 32, recently revealed that she adopted a pup named Haeng-Un — whom she was introduced to while working with Korean K9 Rescue, an organization based in her hometown of Queens, New York, that helps rescue dogs in South Korea.

"Everyone, meet Haeng-Un Lum, new to America and the newest member of my family," Awkwafina, born Nora Lum, captioned photos and a video of the pooch on her Instagram.

"I first heard of @koreank9rescue, and their incredible work saving dogs from the meat trade, high-kill shelters and puppy mills in South Korea," she continued. "Without planning on adopting a pup, I knew that I wanted to support their mission that relies on donations and flight volunteers to keep going."

"I fell in love with this almost 3-year old nugget, and was truly moved by the care and hard work the organization does to protect these animals," Awkwafina wrote, before urging fans to support the nonprofit.

"Welcome to the family, Haeng-Un, I love you very much," she added. According to an Instagram post from the rescue, Awkwafina met her new canine companion "a few weeks ago, and the rest was history."

"We are honored to have her join the @kk9ralumni crew, and are so grateful for her support," the organization said. "Our active alumni network is like a family, offering guidance, assistance, company, and even play dates for many of our pups. And we're SO happy to welcome @awkwafina and Haeng-Un to the fam."

Last month, the actress gushed about Gus' many talents during an appearance on Live with Kelly and Ryan.

According to Awkwafina, Gus' ability to use the toilet was self-taught and she discovered his unique gift after someone had filmed him using the facilities one day.

In December, the Golden Globe winner posted a video of Gus on the toilet, writing in the caption, "WE LITERALLY DIDNT KNOW HE HAD BEEN SNEAKING UP IN THERE LIKE JINX FROM THE MEET THE FOCKER."

She jokingly added, "IT IS POSSIBLE. FOLLOW YOUR DREAMS FOREVER."