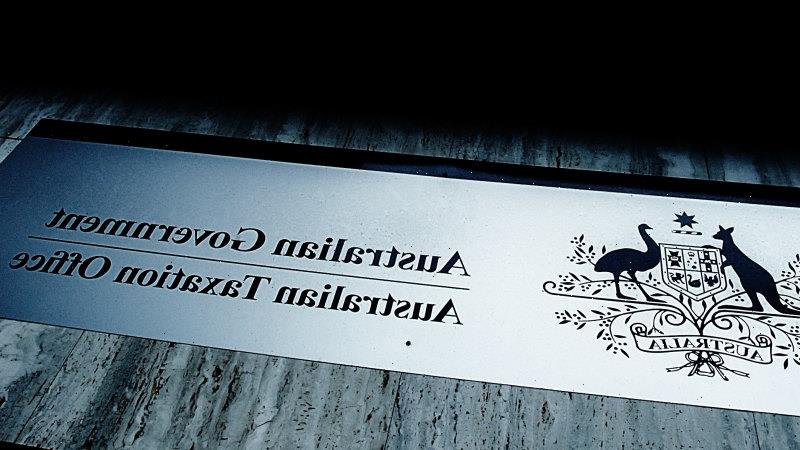 A federal review of the $89 billion JobKeeper scheme found 31 per cent of recipients who triggered compliance checks were “not eligible at all” for the mammoth wage subsidy, sparking efforts to recover cash from thousands of companies that made false claims.

The Australian Taxation Office found some employers had created fictitious staff and exaggerated their losses in order to claim the assistance during the national pandemic lockdown, according to internal documents that outlined ways to stop payments and recover cash. 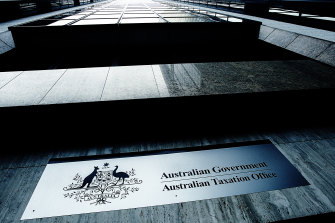 The ATO found some employers had created fictitious staff and exaggerated their losses to claim JobKeeper payments.Credit:Louie Douvis

But the ATO could not be sure of the full amount paid to those who were not eligible for taxpayer funds across the entire scheme, amid a political row about whether the agency should name the largest applicants and the amounts they received.

Only $194 million has been repaid so far under a compliance program, according to documents obtained by The Sydney Morning Herald and The Age under Freedom of Information law. The ATO prevented another $767 million from being paid in the first place.

The compliance reviews checked 13 per cent of payments to more than 1.1 million JobKeeper recipients by looking at 113,019 applicants whose behaviour triggered automated alerts. It found 69 per cent of these were eligible and 31 per cent were “not eligible at all”.

The targeted audit means the 31 per cent not eligible rate can’t be applied across the entire scheme and there was no program to audit recipients at random, but the high rate of ineligible claims among those that triggered alerts highlights questions over the amount of money paid to companies that did not need help, with Labor accusing the government of allowing billions of dollars to be wasted.

The JobKeeper rules restricted payments to employers whose turnover had fallen or was likely to fall by at least 30 per cent in the first phase of the pandemic, with a stricter test of 50 per cent for companies with more than $1 billion in annual sales.

The ATO documents do not replicate the PBO’s analysis and focus instead on false claims, while they concede money could not always be recovered from applicants whose sales did not suffer as much as they had forecast.

The agency sent “nudge letters” to some employers to ask about their turnover forecasts as part of a check on 1600 applicants including multinational companies, large Australian companies and private wealth entities such as family enterprises.

Of this group, 37 were found to be ineligible and another 80 withdrew from the scheme when asked to substantiate their turnover estimates.

Another four applicants, one of them a large company and three of them private wealth entities, were found to be ineligible as a result of “unreasonable projections” with their turnover.

Some of these companies were identified after people contacted the government through its Tax Integrity Centre, known informally as the “dob-in line”, but the ATO found it difficult to verify some claims made about wrongdoing.

“Most engagements arising from TIC referrals have been found to be eligible for JobKeeper,” ATO officials wrote in a compliance report dated April 6 this year.

“Even where potential risks have been referred via a TIC, obtaining appropriate evidence to determine eligibility is challenging and time consuming.

“Additionally, the JobKeeper threshold on projected turnover, determined by assumptions at a point in time, is difficult to contest where a plausible position is put forward.”

The ATO documents highlight the problem in deciding a company had made a false claim when the original JobKeeper rules, decided by the government, promised “some tolerance” for employers who experienced a smaller drop in turnover than they had forecast.

Treasurer Josh Frydenberg has defended the scheme by saying it supported the economic recovery, was overwhelmingly used by small business and, according to the Reserve Bank, kept 700,000 people in their jobs. 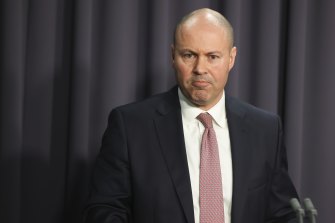 But Labor assistant treasury spokesman Andrew Leigh, who asked the PBO to conduct its analysis, has accused the government of wasting money by failing to apply stricter rules to prevent money being paid to companies that increased their turnover.

The ATO released 45 pages of documents in response to the FOI request but redacted several sections and blanked-out five pages in full. The pages included the April 6 report, notes for Senate estimates hearings and ministerial submissions prepared in April, May and July. They do not reveal how much money was paid to ineligible companies across the entire scheme.

The documents showed the ATO paid $88.8 billion in JobKeeper to 1.1 million entities over the year to 28 March.

In a small number of cases, the ATO found some claims were made for fictitious workers or family members who did not work at the company. It prevented money from going to these companies.

“Of the 160 suspected fraud matters referred, around 60 per cent are opportunistic with the balance being of a contrived nature,” the ATO found. It led to one prosecution, five warning letters and two matters before the courts.

The ATO documents included an assessment in April that overpayments were worth $284 million or about 0.3 per cent of the total program. At that point the agency had recovered $138 million, was pursuing another $82 million and had chosen not to pursue $64 million.

ATO commissioner Chris Jordan updated those figures in a Senate committee hearing in early September, saying the agency had identified $470 million in overpayments, had recovered $194 million, was pursuing $89 million and was in dispute with applicants over $6 million.

“We have determined not to pursue $180 million, mostly from small businesses, where there have been honest mistakes, usually because the employers claimed it in good faith and passed it on to their employees,” he said.