PARIS (Reuters) – At 97, French couturier Pierre Cardin, who helped give the likes of Jean Paul Gaultier their first big break, is not done trying to spot fashion’s next superstar – teaming up for his latest venture with a designer seven decades his junior. 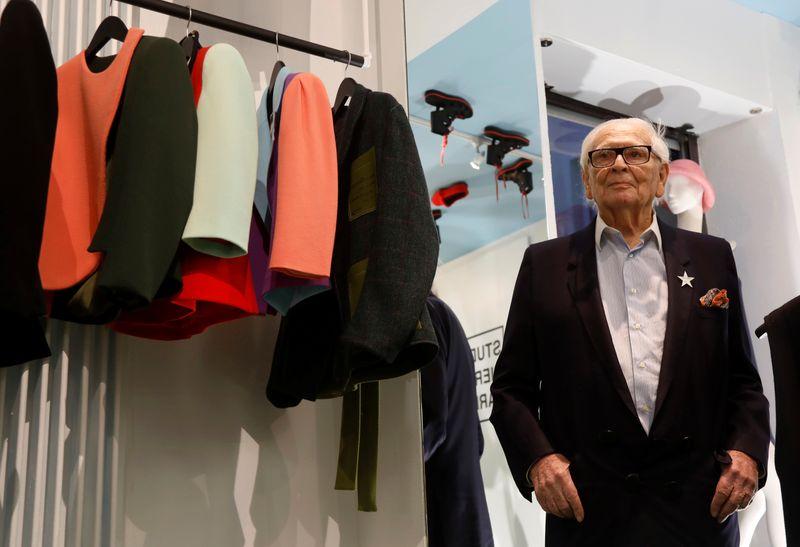 Cardin, known for shaking up styles in the 1960s with futuristic bubble-dresses and other looks fit for a space odyssey, presented one of his latest protegees to the world on Thursday evening, a 27-year-old from a village in Provence.

Pierre Courtial, who makes all of his creations by hand, unveiled a collection at Cardin’s studio on Paris’s chic Rue Saint-Honore, with pieces that echoed some of the veteran designer’s geometrical aesthetics.

Cardin – who first learned the tricks of the trade with a then unknown Christian Dior before showcasing his first collection in 1953 – said he still rated originality above anything else.

“I’ve always tried to be different, to be myself,” Cardin told Reuters. “Whether people like it or not, that’s not what matters.”

Cardin said that Gaultier, who started out as his apprentice at 18, had found success by putting his distinctive stamp on designs inspired by street culture, punk and the gay scene. Gaultier, now 67, bade farewell to the catwalk with his last fashion show in January.

The designer is still very much a hands-on mentor, according to Courtial, who started working with Cardin five years ago, after first studying mechanical engineering and then attending a fashion school.

“Cardin taught me everything, from how to sketch to the cut and sewing,” Courtial said.

Following the death of Chanel’s veteran creative chief Karl Lagerfeld last year, Cardin is one of the last surviving designers from the post-World War Two era that marked a golden age for high fashion in France.

Cardin revolutionized fashion in other ways too. He was one of the first to show a keen business sense by exploiting brand licenses – a strategy that was embraced by rivals too before many reversed the practise in recent year. 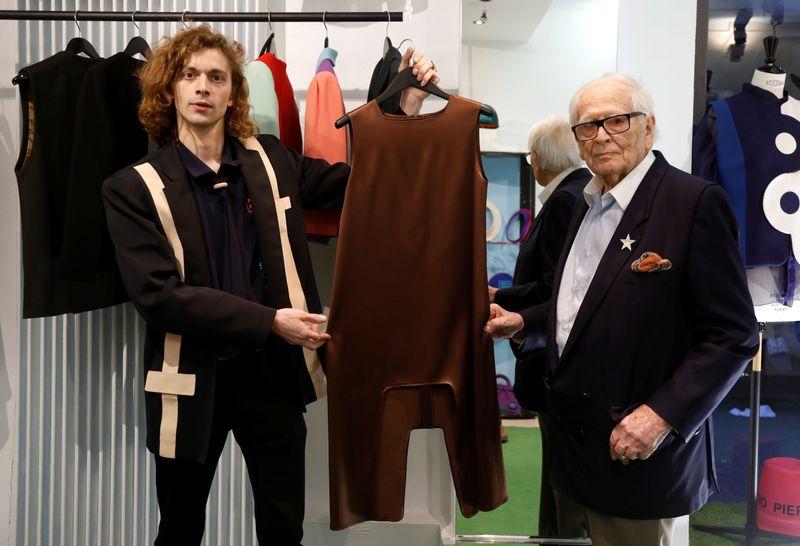 The Pierre Cardin name ended up on everything from cheap boxer shorts to bottled water.

Cardin has yet to stop producing his own sketches and one-off designs for high-flying customers, however.

“He has a loyal American clientele in particular,” said Maryse Gaspard, a former model who works with Cardin.