ALEX BRUMMER: Asahi’s £250million buyout of 174-year-old Fuller’s brewey is a bitter blow to our pride

Across Britain, drinkers cherish their favourite beer-maker – be it Kirkby Lonsdale, Adnams, Joseph Holt, Brains or one of hundreds of others.

For drinkers in the capital, it may be Fuller’s – probably best known for its flagship ale London Pride and its brewery located on the main road out of the city to Heathrow.

Fuller, Smith & Turner has been producing beers – also sold in free houses all over the country – near the Thames since 1845, but brewing on the site dates back to 1654.

Tragically, as has been the case with many other great, historic British manufacturing names, its august, independent history has ended. Yet another foreign predator has asset-stripped part of UK plc.

And so Fuller’s – with its cult craft beer and cider (such as Cornish Orchards and Dark Star) – will now be run by the acquisitive Japanese beer giant Asahi Europe. Tragically, as has been the case with many other great, historic British manufacturing names, its august, independent history has ended (file photo)

The Fuller’s name will not be lost but instead of being a proud British brewer with a national and global reputation, it will just be another public house, hotel and hospitality group. It is no surprise that Fuller’s sale to an international brewing behemoth has been condemned by the Campaign for Real Ale.

For the fact is that it means that long-standing pledges by the Fuller and Turner families that they would not abandon brewing in London have been reneged on.

The sale of Fuller’s brewing capacity to overseas owners, who won’t fully understand the powerful local symbolism of such a brand, follows the disposal of other regional breweries to big, characterless, mass-market brewers. Boddingtons, in the Manchester area, is now part of AB InBev (the world’s largest brewer and maker of Budweiser). And Scottish & Newcastle, based in the North-East, was bought by Heineken and Carlsberg.

What we are witnessing is the erosion of Britain’s beer-making’s regional heritage.

Admittedly, some firms are nobly holding out against this march of the huge global conglomerates – most notably, Brains in South Wales. But the truth is that regional brewers such as Fuller, Smith & Turner are falling victim to a painful pincer movement. 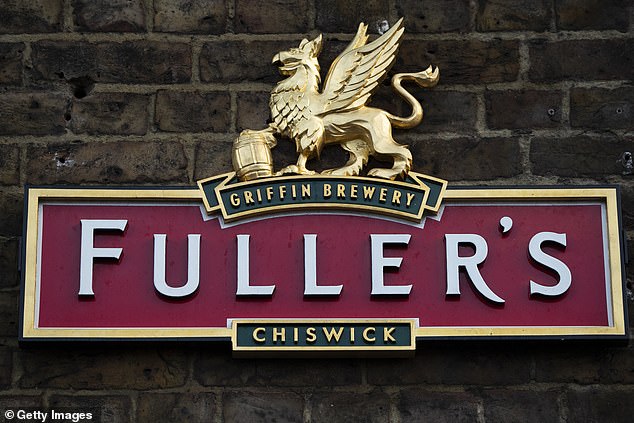 What we are witnessing is the erosion of Britain’s beer-making’s regional heritage, says Alex Brummer

From one side, they must compete with giant international brewers such as AB InBev, which makes beer on a global scale and is responsible for a huge range of homogenised branded beers including Stella Artois, Beck’s and Corona. Due to the size of their markets and the opportunities for economies of scale, such mega-firms can brew and distribute far more cheaply.

And from the other side are the hundreds of hipsterish micro-brewing brands with wacky names such as Baby-Faced Assassin and Moose Knuckle Winter Stout.

These are produced on a small scale and marketed with emphasis on the fact they contain the best ingredients, such as local spring water and home-grown malts.

But these micro-breweries only pay half the normal level of alcohol duty. And thanks to this craft beer revolution, Britain now has 1,930 breweries – a higher number than at any point since the 1920s.

Last year, the equivalent of 207million pints of craft beer were sold. In this competitive market, Fuller’s has found it tough to maintain its specialness – although some one-off offerings and vintage Fuller’s brands are holding their own.

Asahi pledges that the Fuller’s Griffin Brewery, home of London Pride, will remain in production. Let’s hope it honours that promise and England will remain a land of long shadows on county cricket grounds, invincible green suburbs and warm beer.