Donald Trump crossed paths with Bill and Hillary Clinton for the first time since his Inauguration Day, and it went about as well as everyone probably expected.

President Trump sat in the same row as past presidents at the funeral of George H.W. Bush on Wednesday, and video caught what appeared to be a tense moment between him and the couple he frequently assails on social media. As Trump made his way to the pew at the National Cathedral, he stopped to shake hands with Barack and Michelle Obama while Jimmy Carter gave him a nod from down the row. Three seats down, Bill Clinton also turned his head to Trump. Hillary refused to even look at him.

Many had wondered how Trump and Hillary Clinton might interact given that the president has spent months public calling for his attorney general to investigate her — repeatedly going against his post-election pledge to retire the “lock her up” chants and allow Hillary and Bill to slip back into private life.

The awkward moment between Trump and Clinton went viral across the internet, with many noting that Trump seemed entirely out of place inside a church (unlike his predecessors in the White House, Trump does not regularly attend any church services).

As the Washington Post noted, Trump looked lost at several points during the service.

“When the others sang an opening hymn, his mouth did not move. When the others read the Apostles’ Creed, he stood stoically,” the report noted. “And when one eulogist after another testified to George H.W. Bush’s integrity and character and honesty and bravery and compassion, Trump sat and listened, often with his lips pursed and his arms crossed over his chest.”

Still, Trump did earn some praise for managing to stick to proper presidential protocol over the course of the week. After generating controversy for his apparently flip response to the death of John McCain — which included Trump moving the White House flags up from half-mast after a single day, before relenting under bipartisan criticism and lowering them again — Trump was relatively quiet and cordial in the days after Bush’s death. He even offered to have the funeral held at the National Cathedral, which the Washington Post called a “magnanimous gesture.”

Donald Trump was overall well-behaved at the funeral as well, his awkwardness not withstanding. But it doesn’t seem that he and Hillary Clinton will be exchanging Christmas cards anytime soon. 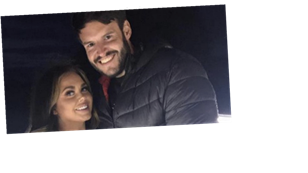