Ever wonder what your favorite celeb is like without all the screaming fans and paparazzi shots? Have you ever dreamed of going to brunch, doing karaoke, or taking the latest trendy workout with your favorite star? In Elite Daily’s new feature, Take Me With You, we’re scouting out trendy, fun locations with celebs, hanging out with them IRL — just like we would our best friends.

Arturo Castro has what I look for in all my favorite New Yorkers: a good story. Thirteen years ago, he was a law student in Guatemala who couldn’t shake the voice in his head that told him acting was his calling. So he ditched law school, moved to New York to study acting, and became the only series regular on Broad City to join the cast via blind audition, he tells me. Some might say he was simply in the right place at the right time, and fans are quick to point out that he’s just that talented. But Castro, who has also added a starring role in Narcos and a new Netflix variety show, Alternatino with Arturo Castro, to his resume, seems to think it was something greater than himself — something more like magic.

Exhibit A: Castro was game to let Elite Daily tag along while he got his aura photographed at Magic Jewelry. We headed for the Chinatown location of this New York City institution, which sells crystals and basic horoscope readings but mostly attracts people looking to have their aura or spiritual energy captured by a special high-voltage camera (it ionizes the air around you such that the water vapor appears as a color array) and read.

Some people might be skeptical of using those colors to make a claim about who you are as a spirit, a personality, a presence, but Castro was all in. He tells me his mother is into chakra and reiki healing, and he was once even invited to a blood ritual ceremony (he politely declined), so he’s likely going to be as comfortable with the proceedings as I, Elite Daily’s de facto occult editor, have become.

As we head downtown together in the Uber, I don’t tell Castro that I gained a sense of his aura immediately when we met. If I had to guess, his aura will surpass his body in the photo, maybe emitting a fiery red color, but he puts you so at ease that I think there will be a bit of green in there, too. For me it’s just another day on the job, talking all things astrology, new age, and magic — only this time, Arturo Castro is along for the ride. 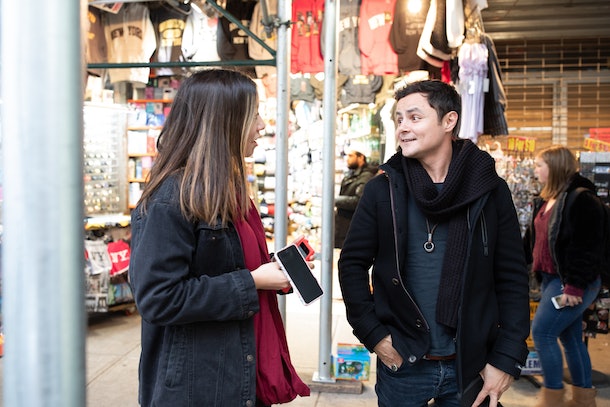 Arturo Castro: My birthday is Nov. 26, so I’m a Sagittarius.

BL: Oooh! Sagittarius season is coming up. Sagittarians are a fire sign, so you’re confident, independent, super adventurous, and studious.

AC: Yeah, well they say that Sagittarius, their heads are so up in the clouds they don’t realize that, like, "Oh yeah, I should stay put for a second."

BL: Right, yeah. My sister’s a Sagittarius; she’ll get really into one subject and then studies everything about it. Are you like that?

AC: I think I’m very lucky in the sense that like, I knew what I wanted to do since I was very young. So, I sort of put blinders on to that. I mean, I was in law school before I became an actor.

BL: You were in law school?

AC: Yeah, but I was also, like, had a TV show while I was in law school in Guatemala. I was just like, "OK, let me get this degree real quick." And after, like, maybe a year in law school, I auditioned for this acting academy in New York and I moved here. 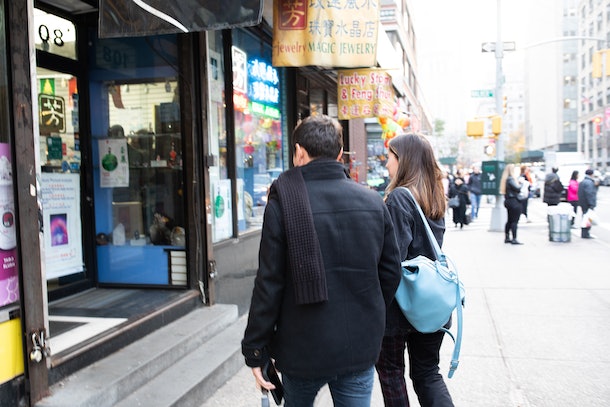 BL: How long have you been here?

AC: Well, they were like, "We wrote [Alternatino with Arturo Castro] out in L.A.," but I was like, "I can’t shoot this show in Los Angeles, man." It’s like, New York has become such a part of your identity. It’s weird, right?

BL: Yeah, yeah. I don’t think I could live anywhere else. I couldn’t, like, manage a car.

AC: Yeah. It’s the energy of the spontaneity of it all, you know?

AC: I have been able to avoid winter for the past two or three years by going shooting somewhere. But this time I chose to stay through winter and shoot here, and I’m like, "Meh, I forgot about this part," you know? 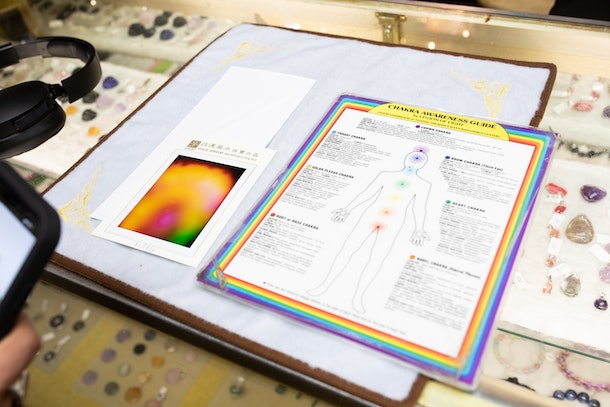 AC: Most of it was sort of summer or fall. We just shot our last episode a couple weeks ago.

BL: How does it feel?

AC: I think it was time. I was obviously very grateful and it was very surreal to say, "Oh, this is the series wrap on this." But the amount of gratitude there is for the show that changed all of the lives of the people connected to it — it’s so to the ladies’ credit, you know? To Abbi [Jacobson] and Ilana [Glazer] for writing in their own voice — but it just became this thing that we could have never anticipated. And I think it captured a snapshot of time, and it will always be there as the piece of art that it was, you know? To show people what our generation was sort of like.

BL: I always felt like, you know when Girls came out, everyone was like ‘Well, Girls is my version of Friends at least,’ or like, ‘This is the show that we can finally relate to.’ And I’m like, I didn’t feel that way until Broad City. I was like, now this show is me.

BL: It’s about doing random sh*t with my friends.

AC: Yeah, it’s all [about] the freedom to mess up and, I think, what I related to the most about it. Because, honestly, it was my first pilot audition, so I was just doing theater and living in a basement at the time. 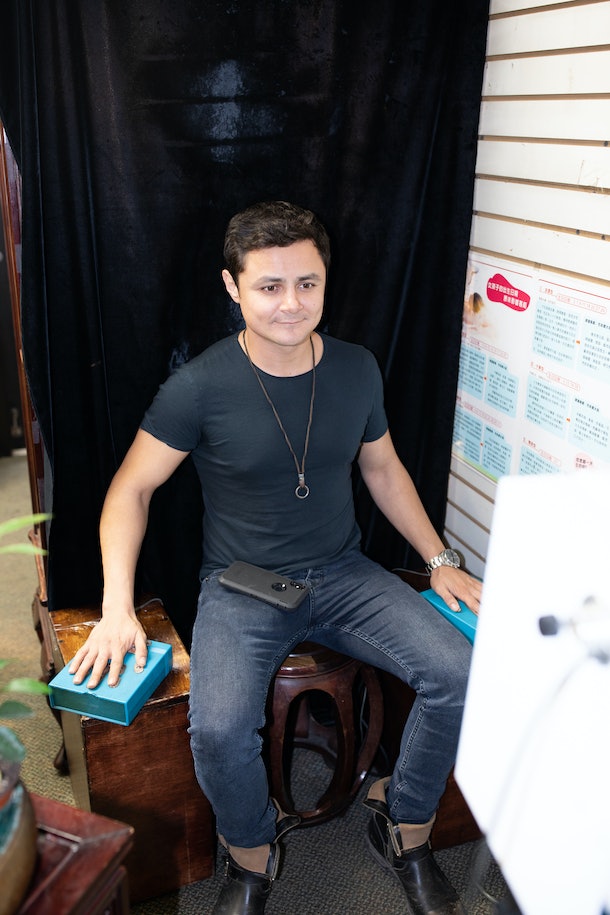 BL: Do fans stop you a lot on the street?

AC: Yeah. It used to be just Broad City, but then when Narcos came out, that’s what really accentuated it. You can sort of tell when they come up to you what they’re fans of, you know? It’s usually people our age and sort of hipster-y and stuff, they’re like, ‘Oh yeah, Broad City.’ And then a lot of bankers — a lot of Wall Street dudes — are into Narcos, like ‘Yo, Narcos,’ and I’m like, ‘Yeah.’ You have ‘Yooo, bro.’

But the thing is, here’s the thing. My character in Narcos is so f*cking scary, and I love Broad City fans — they’re awesome — but they have no boundaries. So they’re like ‘Oh my god,’ and they hug you. And they’re like, ‘Kiss my baby, kiss my dog. Here, take a picture with the dog and the baby.’ And Narcos people are like, they see me play this psychopath, so they’re like, ‘Oh, excuse me sir, Mr. Castro, I don’t mean to…’ and it’s just really funny. And so I really do think when fans or whatever come up to you, the least you owe them is like a second or five seconds… or sort of reiterating that, again, the person you’ve been spending all this time with is not a total *sshole. Or that we’re grateful for what they’ve provided in our lives too, you know.

BL: They’ll always remember if their favorite person was sh*tty to them.

AC: Yeah… well, sometimes I don’t like people taking pictures of me on the sly. So I find pictures of myself eating an açai bowl or whatever, just like, peanut butter [dripping] down my face … Or like, in the subway it’s awkward because you also try to combat the posture you have cause you’re just checking your phone or whatever and how was that interesting?

BL: They’re probably just like texting their group chat like, ‘Oh my god, look who’s on the subway.’

AC: Sometimes they post it when I’m at a restaurant and I get a tag or whatever, I’m like, you’re right there!

BL: That is so weird.

AC: But, other than that, it’s just because I’d rather have these human interactions of ‘Hey, what’s your name?’ because it breaks the ice, right? The ice is broken from there and they feel like they know you, and so I’ve gotten to know some incredible people through it and shared experiences. 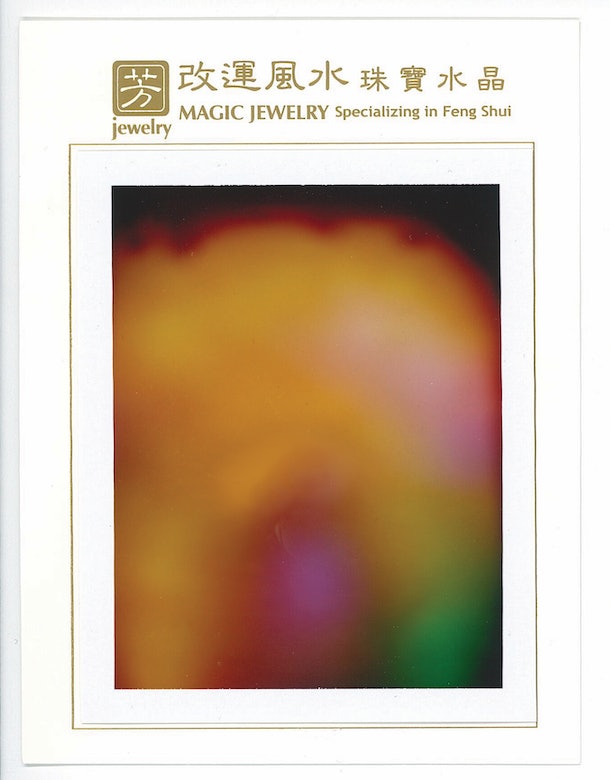 We arrive at Magic Jewelry, and Castro takes a seat facing the old-fashioned camera. He’s instructed to sit looking straight ahead at the camera with both of his hands placed on the metal hand rests attached to the machine. The photographer rips the photo out and offers us tea as we wait for it to develop. I’m not allowed to record the reading in its entirety, but as soon as she reveals what his aura colors mean, I discover it wasn’t too far off from what I had originally guessed.

BL: How do you feel? Do you feel like the reading was accurate?

BL: She said you’re sensitive and confident. You make people feel at ease.

AC: It’s just a hard thing to know by yourself, I guess. But yeah, sure, creativity and … everything that’s been going on … I feel like your energy would be sort of all-enveloping, you know? Confident, and confident in your ability to create and do what you need to do.

BL: Yeah, and make people happy. I feel like that’s what she meant by you make people feel ‘at ease.’

AC: Yeah, that’s sort of what the purpose is, isn’t it? 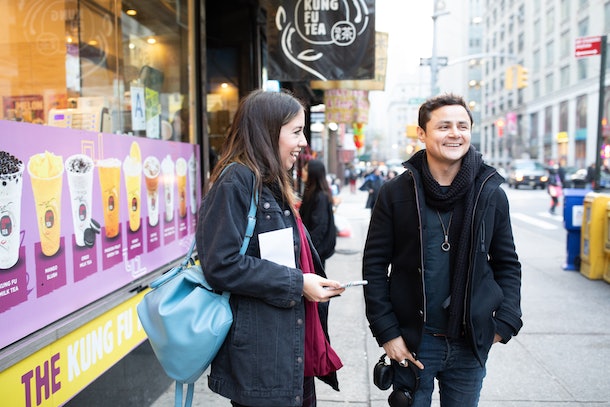 BL: Your new show’s coming out on Comedy Central, right? Alternatino with Arturo Castro. When is it out?

AC: May [2019]. I don’t know when in May yet, because we start shooting Dec. 3. That’s another thing, we have a binder this big of sketches.

AC: It’s sketch and narrative, so there’s no fictionalized version of me, this actor, living in New York. And in between his life, there’s sketches of completely different characters of costumes, and I think the first thing I play is this 60-year-old white woman.

AC: Naturally. That’s another thing. The blessing of it all is that it’s like somebody went to 5-year-old you and they’re like, ‘What do you want to play today?’ And, OK, then let’s get all these adults and all these resources and let’s go play, you know? And that’s the closest thing I know to magic, I guess. It’s like you walk around the office, and it’s all these professionals I admire. And they’re there because you wrote something in a basement in Brooklyn one day, you know? And then it sort of materializes it before your eyes. It’s really… it’s really special.

BL: So that’s real magic to you? This aura reading is secondary magic?

AC: Oh no, I’m a huge believer in it. I think it would be such a waste if this place was all there was. There has to be something more out there. 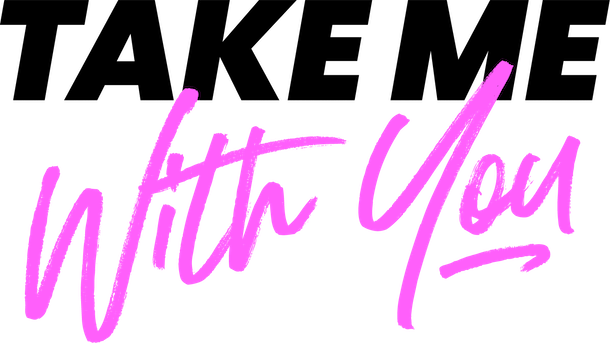