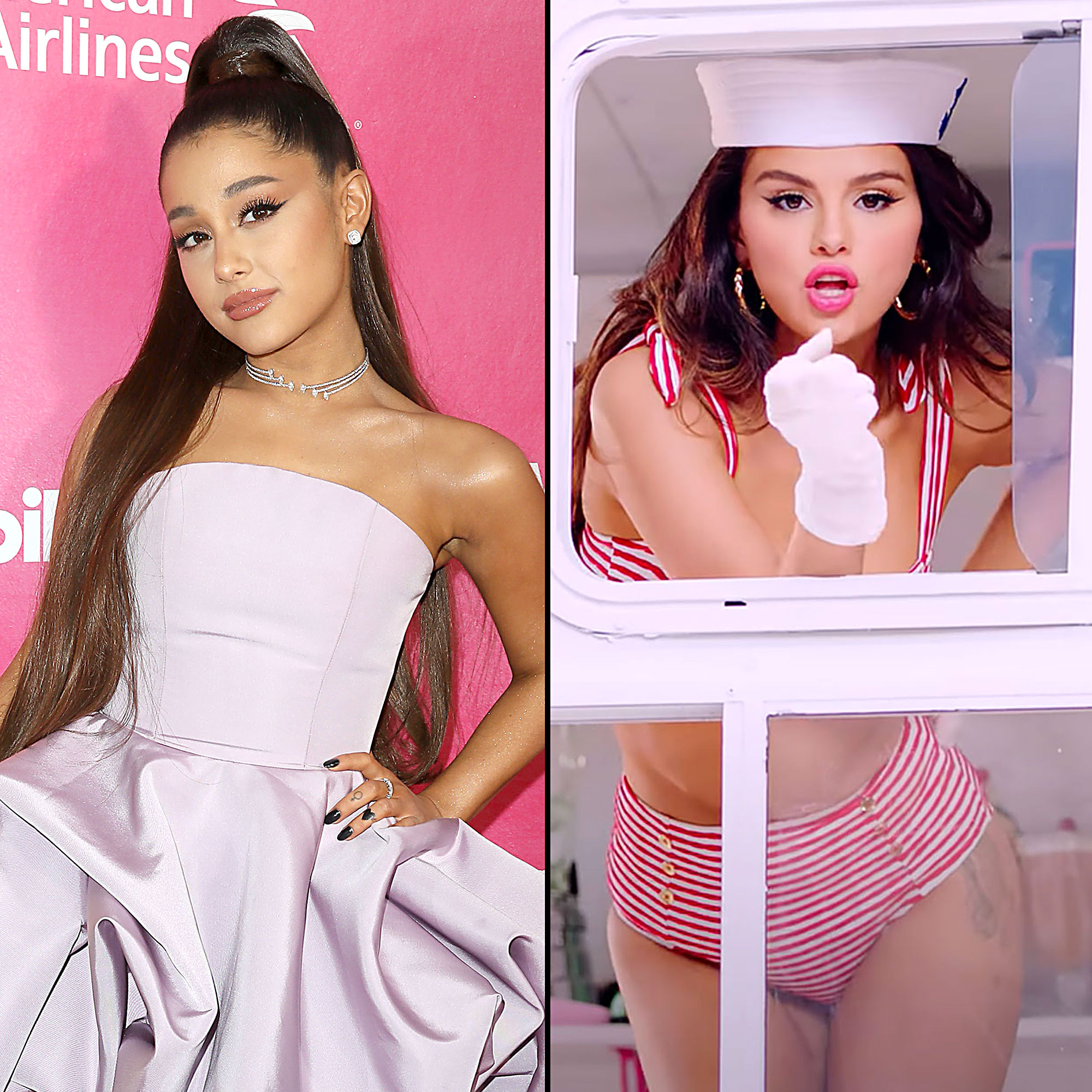 That’s what friends are for! Ariana Grande showed her support for pal Selena Gomez‘s latest single, “Ice Cream,” by sending her a colorful flower arrangement shaped just like the frozen dessert.

Gomez, 28, shared a peek at 27-year-old Grande’s apropos and thoughtful gift on her Instagram Stories on Saturday, August 29. The surprise present featured a globe of pastel pink roses resting on top of a ring of white flowers, which made it look like a scoop of strawberry ice cream with some vanilla thrown in. Additionally, the flower arrangement was presented in a vase that was designed to look like a waffle cone. 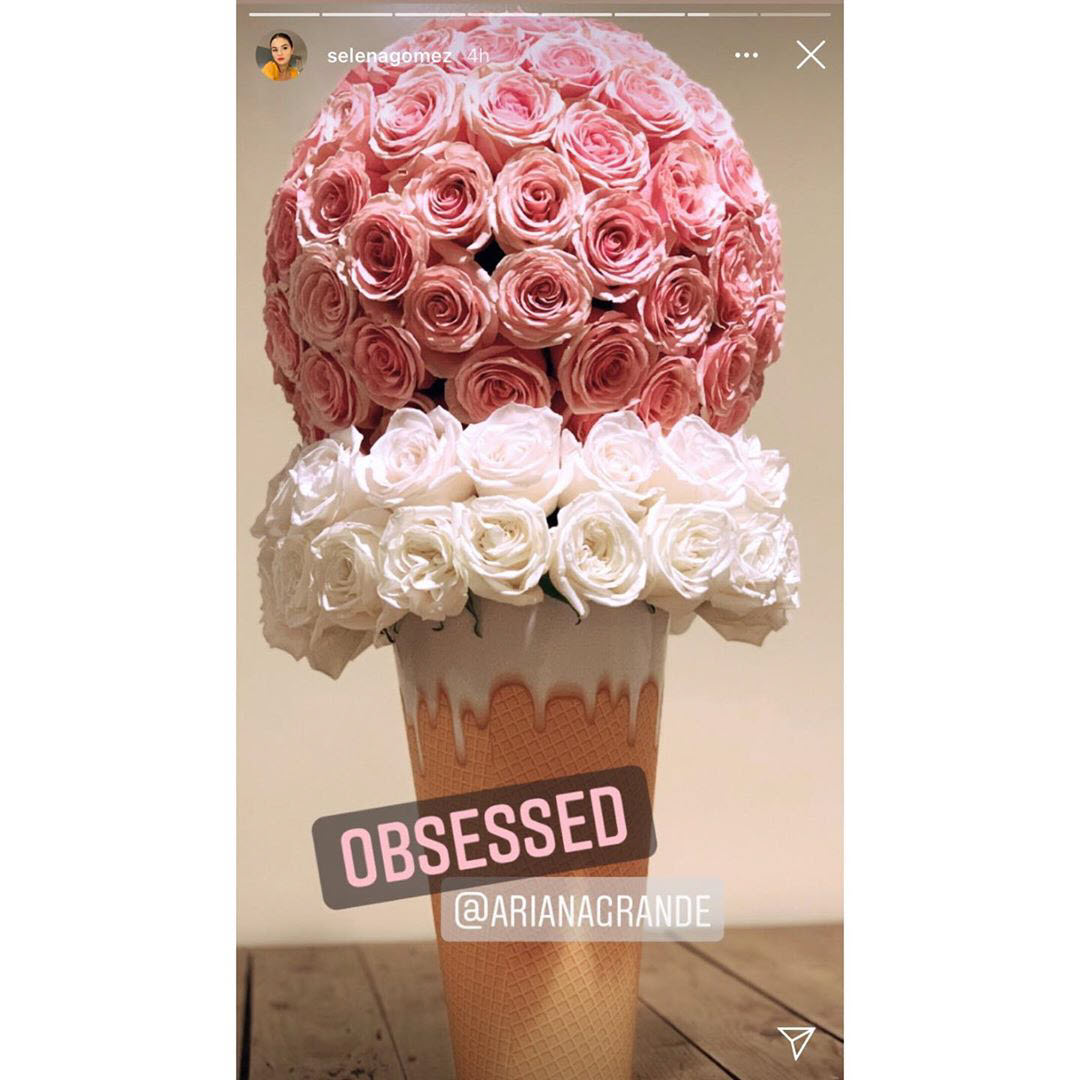 “Obsessed @ArianaGrande,” the Selena + Chef star wrote below a snapshot of her delivery.

In a subsequent Story, Gomez also shared a look at the note Grande included with her kind gesture. “Selena, Congrats ice queen!” the “God Is a Woman” songstress wrote, before signing the card with “love & gratitude” from “Ari.”

“Thank you so much for everything,” the Texas native wrote on her Instagram Stories below a photo of the note. “Your support means the world!!”

Gomez’s latest song, which is a collaboration with K-pop group BLACKPINK, was released on Friday, August 28, as was the corresponding music video for the the track. Grande was actually one of the writers of “Ice Cream,” along with Gomez, Victoria Monét, Teddy Park, Tommy Brown and Bekuh BOOM.

The Most Candid Moments From Selena Gomez’s ‘Selena + Chef’

On Saturday, August 29, the Monte Carlo star shared a behind-the-scenes Instagram clip from the music video shoot. “BLACKPINK, they’re very known for their videos and they’re known for their personalities, so I felt like I got to step into their world a little bit,” Gomez explained, noting that the artists weren’t actually able to shoot the music video together due to the COVID-19 pandemic.

“I wish that I was there with them,” she added, noting that she loves the quartet. “I guarantee you there’s this synergy that we could have if we could be in the same place, but we’re being safe.”

Though the video shoot didn’t go exactly as planned, Gomez celebrated the debut of the tune a tad early on Thursday, August 27, by whipping up her own elaborate dessert. “To celebrate the final episodes of Selena + Chef Season 1 on @hbomax and the release of ICE CREAM, I made a little extra recipe,” she captioned a video of herself creating the epic sweet treat, which was made with her own ice cream flavor.

Three days earlier, the “Lose You to Love Me” songstress announced that she was ice cream brand Serendipity’s newest investor. Her aforementioned flavor, which was designed to mark the premiere of “Ice Cream,” is called Cookies & Cream Remix. It’s made with pink vanilla ice cream, crunchy cookie bites and fudge swirls.