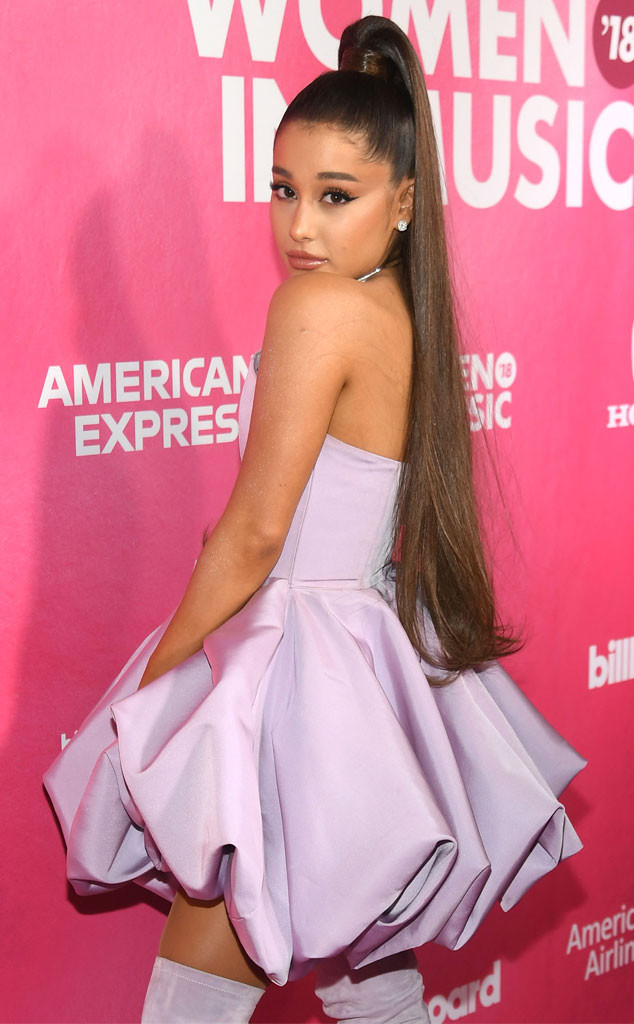 Ariana Grande made a surprise appearance on Tuesday’s episode of The Late Late Show and gave her fans an update on her private life.

During the episode, James Corden congratulated the artist on her no. 1 album—Thank U, Next—and applauded her for simultaneously securing the top three spots on Billboard’s Hot 100 Chart—a feat that had last been achieved by The Beatles in 1964. After Grande admitted she initially thought the major milestone was a joke, she acknowledged the accomplishment was “really wild.”

“This is so weird and crazy. I’ll take a break after this. I’ll go away for a little. I promise,” she said, noting she was “tired of my voice.”

The “Dangerous Woman” star also suggested she doesn’t have a lot of free time outside of her music.

“Honestly, I was so excited you asked me to do this today because I usually don’t have anything to do other than just make songs and rehearse and that’s it,” she said. “Personal life still nonexistent.”

At the end of the interview, Corden congratulated the artist once again and emphasized how proud she should be.

“After everything you’ve been through this past 12 months, I think it is a wonderful thing and you should enjoy this moment and be incredibly proud,” he said.

It shouldn’t come as a huge surprise that Grande is taking a break from the social scene. As fans will recall, the recording artist made headlines after she called off her engagement to Pete Davidson four months ago. Grande references the Saturday Night Live star several times on her album, as well as her other exes (including Mac Miller, Big Sean and Ricky Alvarez).

Even if Grande is taking it easy, it looks like Davidson is getting back into the dating game. He was spotted hanging out with Kate Beckinsale earlier this month.

In addition to talking about her career achievement and personal life, the Grammy winner surprised the TNT Boys from The World’s Best.

Watch the videos to see her interview and the band’s priceless reaction.