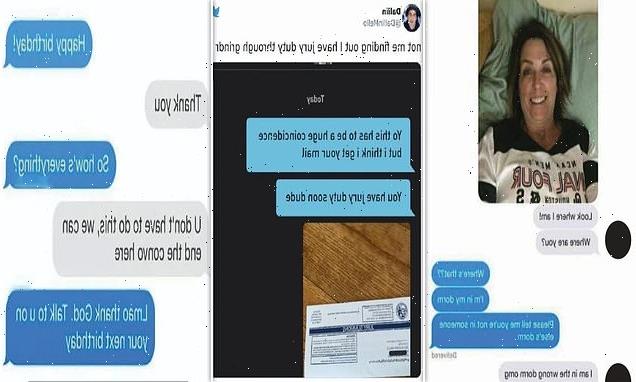 Are these the MOST cringeworthy texts ever? Hilarious snaps reveal toe-curling exchanges – from unwanted declarations of love to excruciating small talk

We’ve all experienced receiving and sending a cringeworthy text, but spare a thought for these unfortunate souls whose message exchanges will leave your toes curling.

People from the US have shared the brutal messages they’ve received in an online gallery for the trivia website ParentInfluence.

Among the most embarrassing of exchanges includes one mother who wanted to surprise her son in college, but was left red-faced when she realized she was waiting for him in someone else’s dorm.

Elsewhere, a man was gobsmacked to learn from a Grindr match that he’d been selected for jury service. 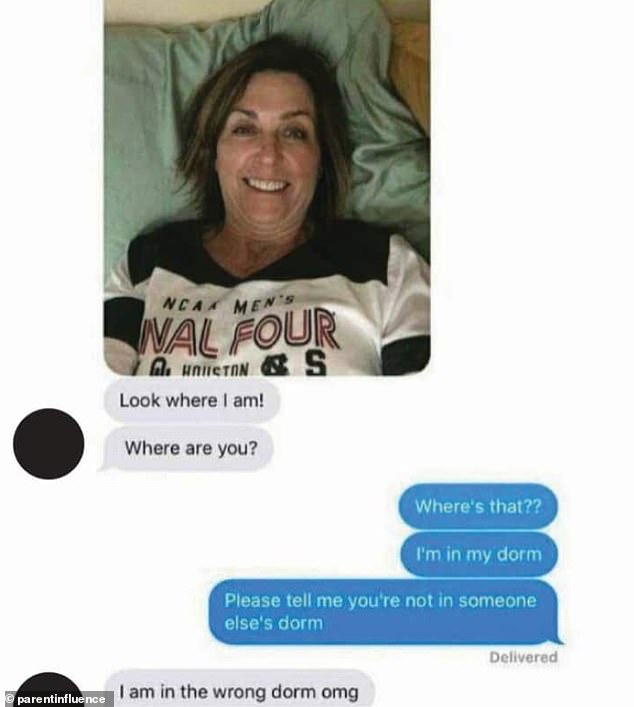 People from the US have shared their cringeworthy text exchanges on the trivia website ParentInfluence – including one mother who wanted to surprise her son at college, only to  realize she was waiting for him in the wrong dorm (pictured) 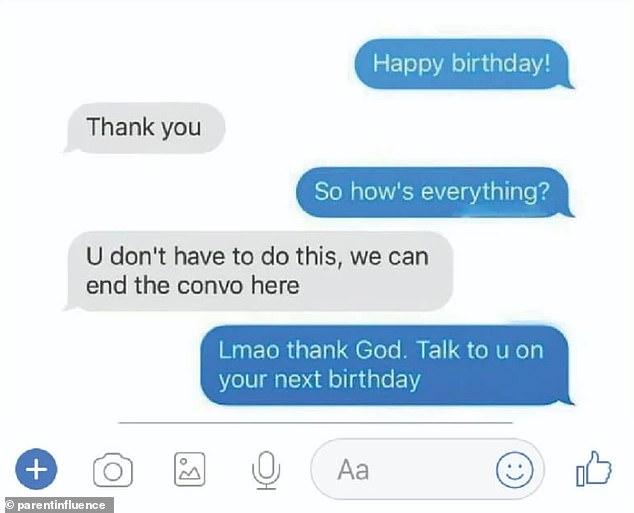 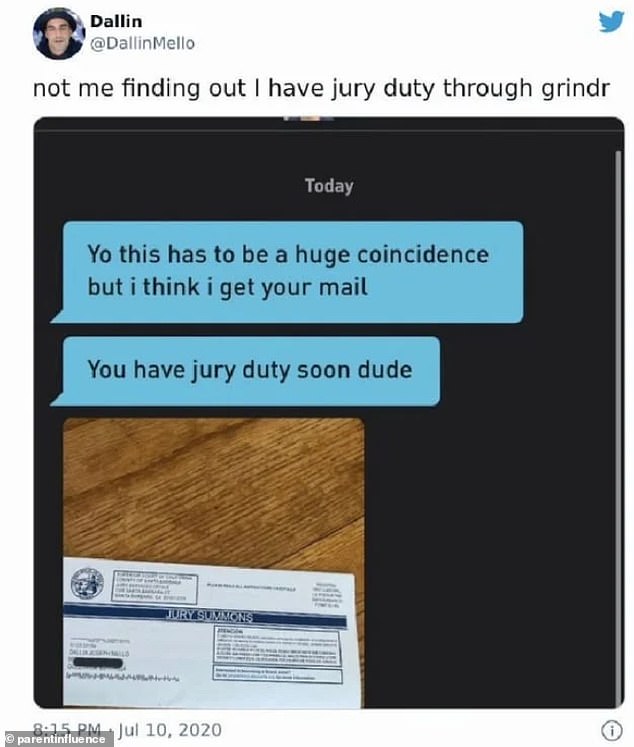 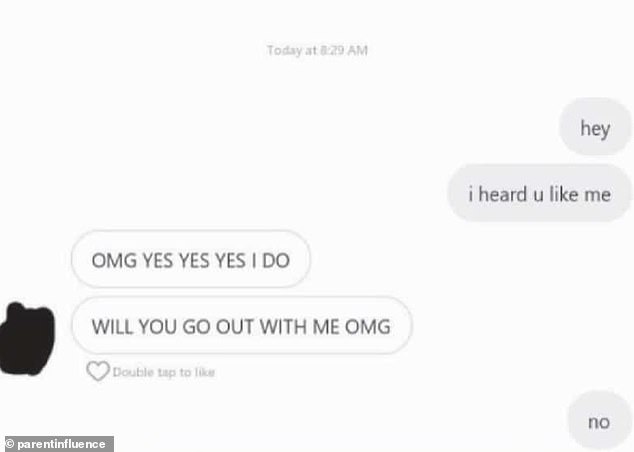 This person had their dreams crushed when they admitted to liking someone, only to be rejected in the most brutal way possible 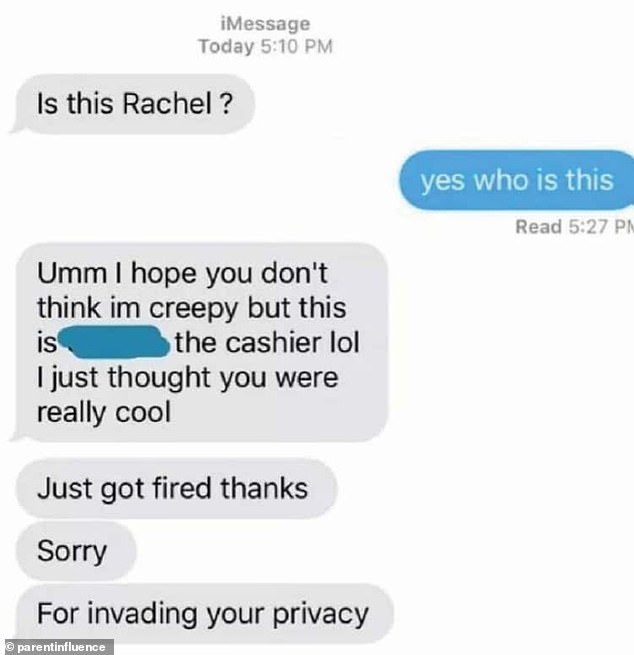 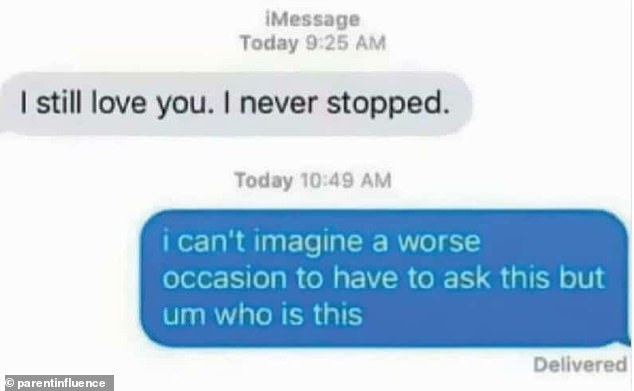 This person was left red-faced when they finally plucked up the courage to admit they were still in love with their ex, only to find out he had deleted her number 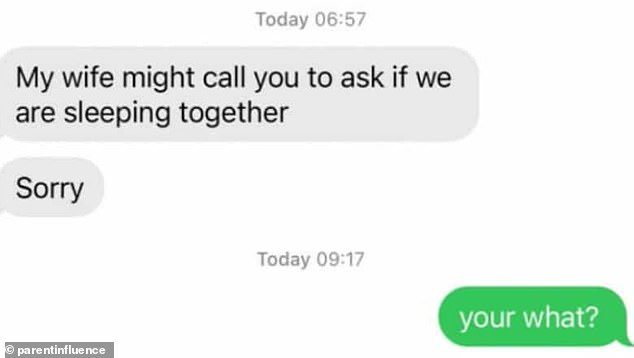 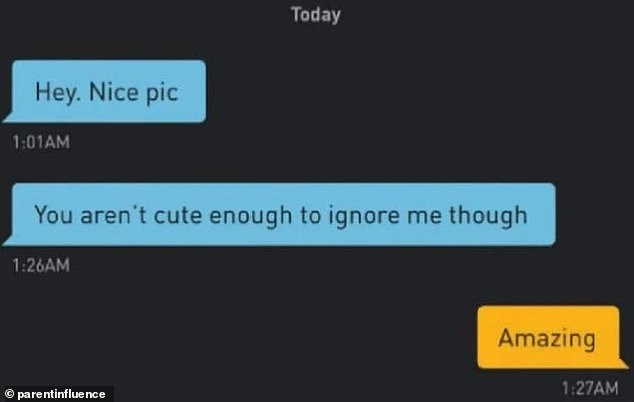 This singleton complimented a Grindr match, but was quick to shut them down when they took too long to reply 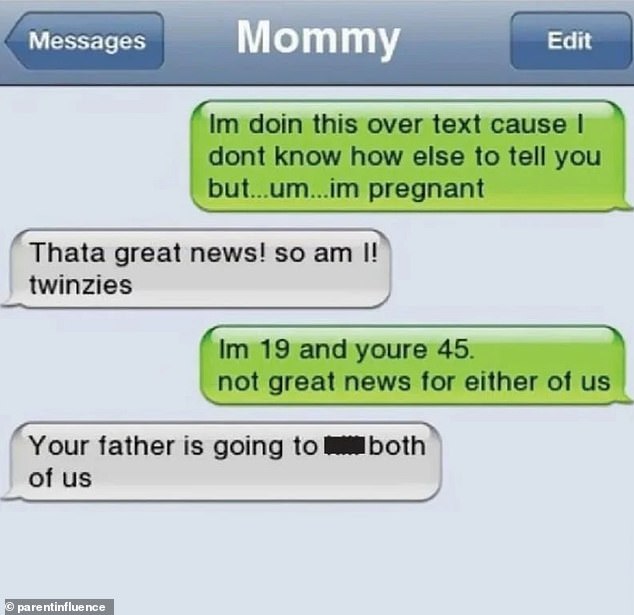 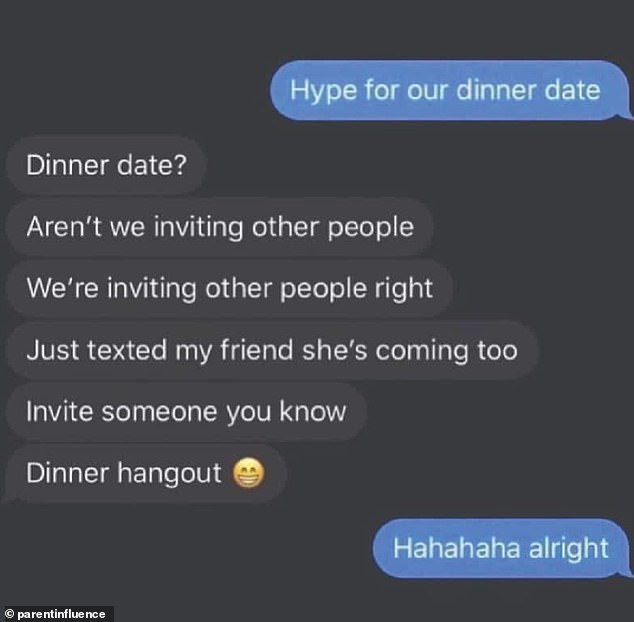 One crush was expecting to have a date with the girl of his dreams, but she revealed she thought it was a group thing and had invited someone else to come along 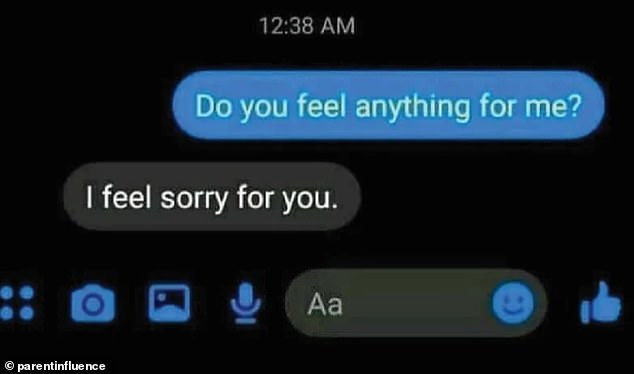 This conversation turned sour when one person asked another whether they felt anything for them, only for the reply to be: ‘I feel sorry for you’ 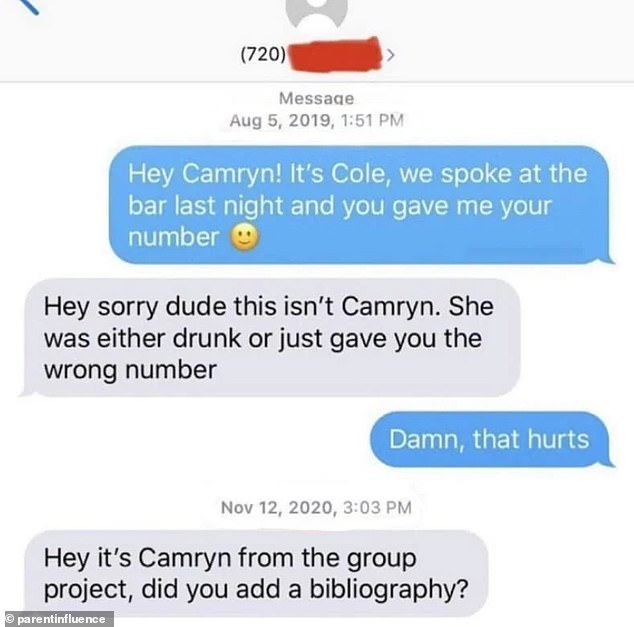 One girl pretended to be someone else so she wouldn’t have to talk to the person she’d met the night before, but blew her cover by mistake 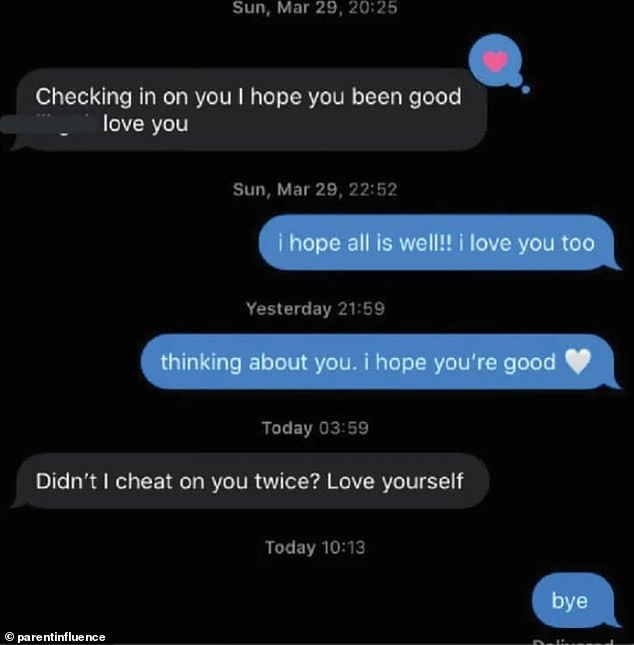 When this person contacted the ex who had cheated on her twice, he urged her to ‘love herself’

There was a  classic case of miscommunication when one person asked another if they liked the band the Cure, but the other assumed they were talking about Covid-19 vaccines 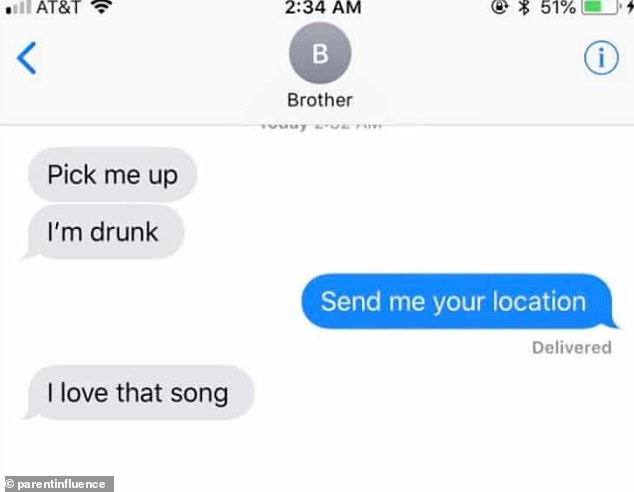 This person asked their brother to pick them up after a night out, but was too drunk to send their location