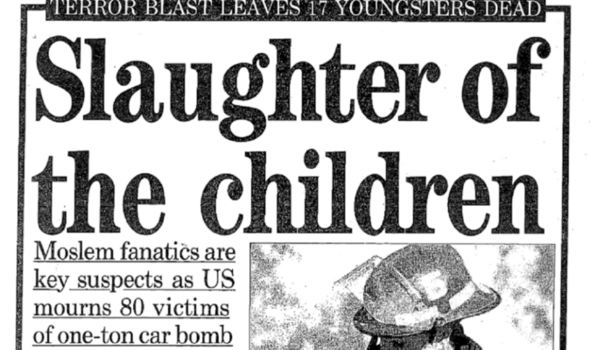 The attack – America’s deadliest prior to the 9/11 terrorist attacks – was perpetrated by Gulf War veteran Timothy McVeigh in revenge against the federal government for its 1993 siege of Waco, Texas which ended with 77 deaths. McVeigh was executed by lethal injection on June 11, 2001.

He warned: “Like the Roman, I seem to see the river Tiber foaming with much blood.”

The speech caused political uproar and led to Powell’s dismissal from the shadow cabinet.

The clean-up operation and legal fees which followed cost the company an estimated total of £44billion.