Anne Heche: Ellen DeGeneres didn’t want me to dress sexy when we dated

Anne Heche explains why she stormed off ‘Dancing with the Stars’

Anne Heche claims she was “blacklisted” by Hollywood after striking up a romance with Ellen DeGeneres.

In a new interview with Page Six, the actress looked back on her former relationship with the talk show host and why she was made to feel like “patient zero in cancel culture.”

“This wasn’t a long-term love affair,” recalled Heche, who dated DeGeneres from 1997 to 2000. “This was a moment in my life when I was given the glory of being able to stand up for what I believe in and have since I was a kid.”

Heche, 52, famously made headlines when she invited DeGeneres, 63, as her date to the 1997 premiere of “Volcano.”

The two faced scrutiny for their same-sex partnership at the time, but Heche told us her spontaneous gesture to invite DeGeneres was “about living in loving-kindness.”

She remembered that the repercussions were swift and harsh, however, due to the nature of the times. 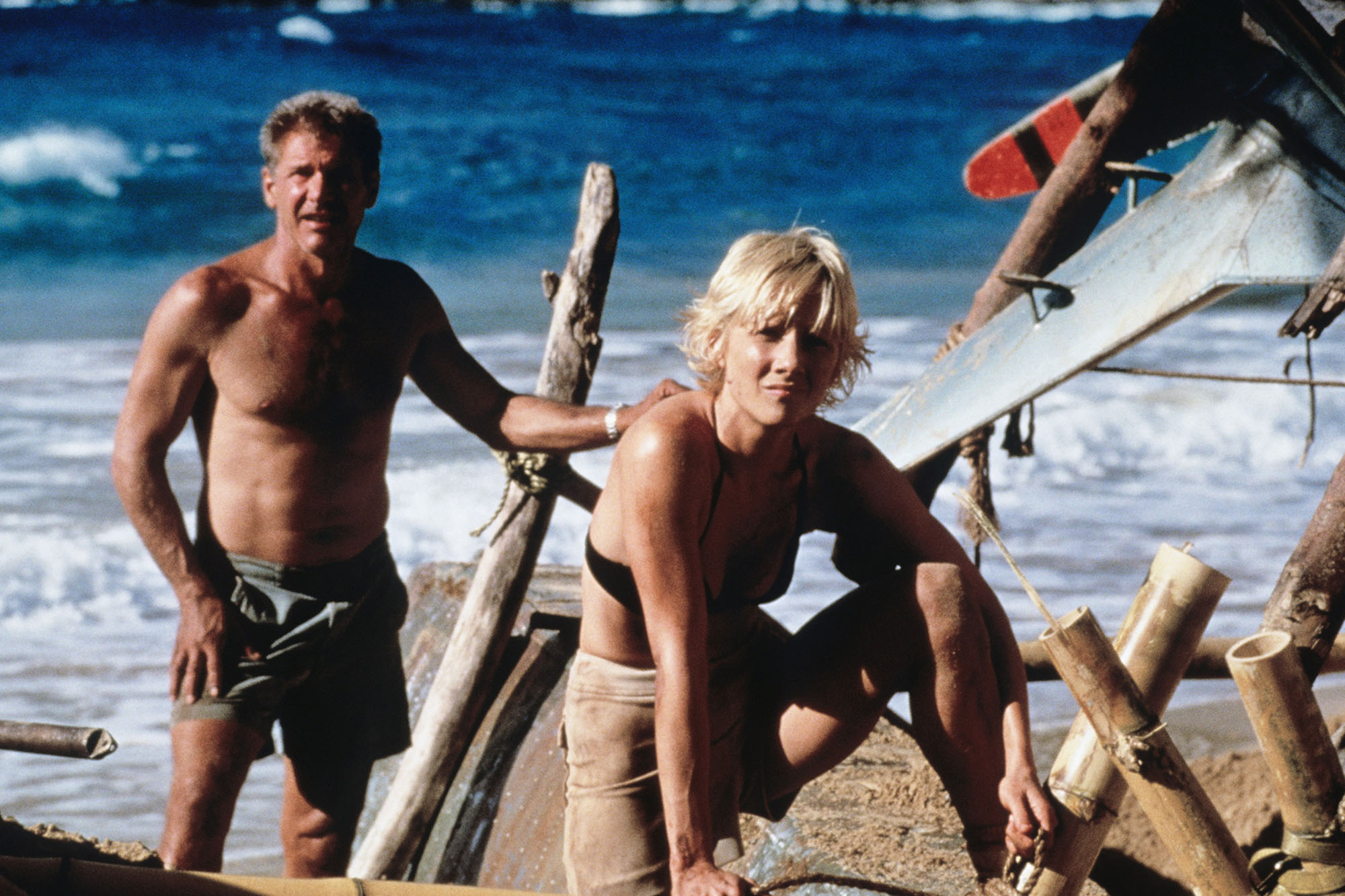 One movie that Heche was already in talks to do before the infamous premiere was the big-budget romantic comedy “Six Days, Seven Nights” opposite Harrison Ford.

She claimed to Page Six that after going public with DeGeneres, it didn’t seem like the studio wanted her for the role anymore, and was even told she wasn’t going to get it.

Heche remembered being home one morning with DeGeneres when Ford, 79, called with an important message.

“He said, ‘Frankly my dear, I don’t give a damn who you’re sleeping with,’” she said. “’We have a romantic comedy to make. Let’s make it the best one that’s ever happened.’”

“That is why Harrison Ford is my hero,” she continued. “To stand behind me at such a time when the force of what I was standing up for could have been toppled.”

Heche told us that every TV show and movie after that has been her “favorite” because they’ve allowed her to support her family. The actress shares son Homer, 19, with ex-husband Coleman Laffoon, and son Atlas, 12, with her former “Men in Trees” co-star James Tupper.

Despite starring in dozens of television shows and movies over the years, it’s clear Heche is most proud of what she sees as her role in changing societal norms – even if it derailed her career for a bit.

“Those repercussions that happened, are to me what has created a part of the change,” she said. “I’m a part of it. It is a badge of honor.”

Next up, Heche is starring in “13 Minutes,” which she cheekily described as a disaster film like “Volcano.”

She was thrilled to work with director Lindsay Gossling, she said, because “she tackles social issues in a disaster movie,” which “very few people have the balls to do.”