Although royal family fans only get to see the highlights of Prince William and Kate Middleton raising George, Charlotte, and Louis, it seems like they’ve got the whole parenting thing down, and apparently, it’s enough to make other celebrity parents take child rearing tips from them. In a new interview with The Sunday Times (via E! News), Anne Hathaway said she took parenting advice from William and Middleton after she read one of their methods that stuck with her. And now, it sounds like it’s really worked for her and her 2-year-old son, Jonathan.

Apparently, Hathaway read that Middleton and William like to get down to their kids’ level to talk to them, rather than towering over them when they speak to them, and this is something that resonated with her so much that she started doing it herself.

"They get down on the child’s level and speak to them eye to eye to make their child feel empowered," Hathaway said. "I thought that was really cool. I started doing that with Jonathan."

It definitely does seem like this is something that Middleton and William do on a regular basis with their kids. In fact, there are tons of photos of them getting down to Charlotte and George’s level to talk to them, like Middleton is doing here. The evidence doesn’t lie. 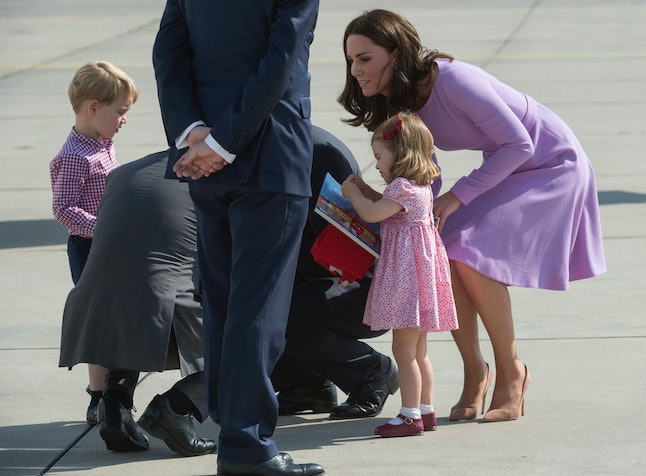 William does it, too — even if George isn’t looking particularly receptive to whatever it is his dad had to say when this photo was taken. Hey, no parenting tool is 100 percent foolproof all of the time, right? 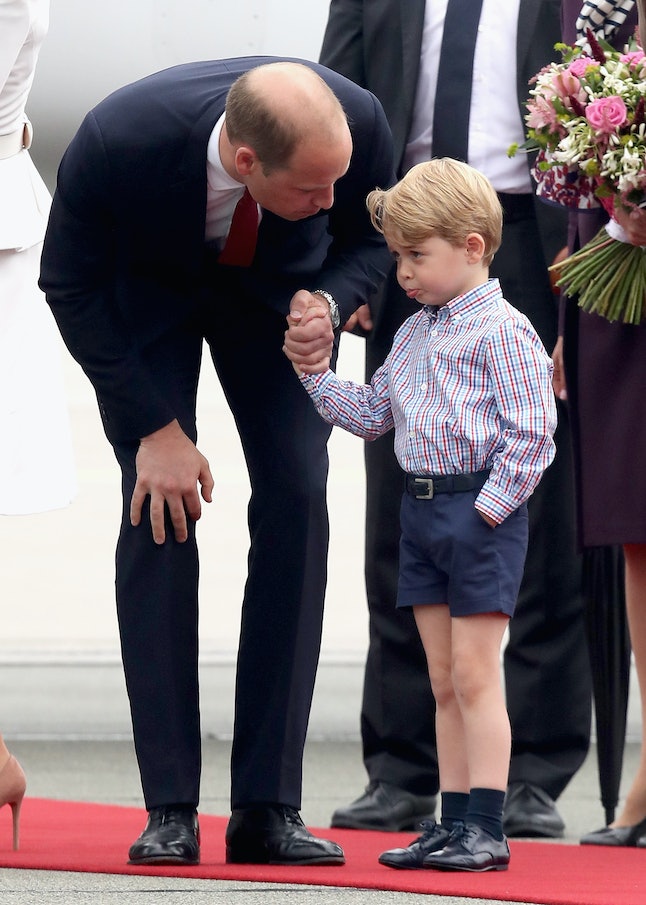 Hathaway also told The Times that while she feels she "falls short every day" as a parent, she’s constantly trying to learn from her mistakes.

"I’m not perfect, but if I’m frustrated or distracted, I’m good at making sure he’s safe and walking away, calming down and then coming back to him," she said.

Part of that for her has been about validating Jonathan’s feelings, even when his feelings don’t change a decision she’s made for him, like when she told him he couldn’t hang out in a certain area of a playground.

"He got mad, I said, ‘Of course you’re mad. This is really frustrating. You wanna do this thing, your friends are doing it and I’m saying no? Gosh, that makes sense," Hathaway told the paper. "The answer is still no, but everything you’re feeling right now is totally legit.’"

Good for Hathaway for doing everything she can to be the best mom she can be. Jonathan is a very lucky kid. Obviously, the next logical step here is to get him together with Charlotte, George, and Louis for a play date. Can we make this happen? Someone get Middleton on the phone.