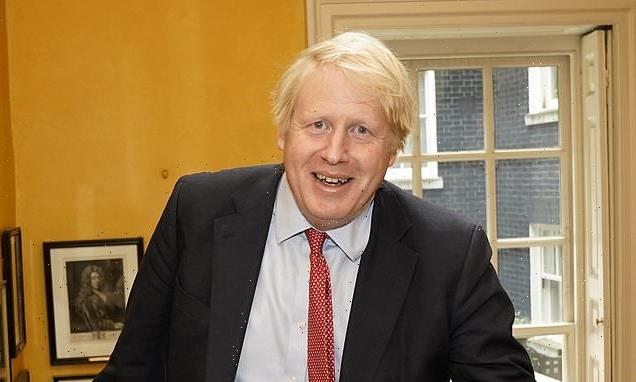 ANDREW PIERCE: Boris Johnson gets it all from Mum (the painting, that is)

When photos emerged of Boris Johnson at an easel painting while on holiday in Marbella, critics were quick to mock.

Labour MPs accused him of mimicking his political hero Winston Churchill, who was an accomplished artist.

But Boris, who wrote a well-received book on Churchill in 2014, was actually channelling his mother, Charlotte Johnson Wahl, who died last month aged 79. 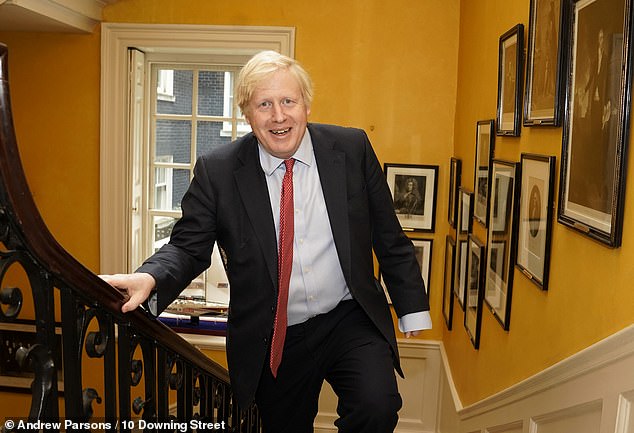 In every political office Boris has occupied for the past decade, he has given pride of place to a painting his mother — whom he once described as the family’s ‘supreme authority’ — gave him in 2012

Charlotte, who was divorced from Boris’s father Stanley in 1979, was an acclaimed painter whose subjects included Joanna Lumley and Jilly Cooper.

In every political office Boris has occupied for the past decade, he has given pride of place to a painting his mother — whom he once described as the family’s ‘supreme authority’ — gave him in 2012. It’s the view of Tower Bridge and the Thames heading eastwards that Boris, when London Mayor, could see from his office.

A friend of the PM says: ‘Boris loves it because his mother painted it for him. He likes to tease visitors and ask them if they can name the artist. Most people are very surprised when he says: ‘‘Wrong! It’s my mum’’.’

Labour deputy leader Angela Rayner is on the warpath after reports that the Tories will kill off a backbench bill to outlaw ‘fire and rehire’, when people are dismissed and taken back on at a lower rate of pay.

‘Fire and rehire is immoral, economically damaging and has absolutely no place in our society.’ Well, she should know. She was removed as Labour Party chair in a reshuffle by leader Sir Keir Starmer in May — then appointed to an even bigger portfolio. But did she take a pay cut?

One of the most touching tributes to Sir David Amess from the Labour benches came from Cat Smith, the MP for Lancaster and Fleetwood, who said: ‘Taken doing what he loved, serving the people of Southend. The cheeky smile, always a plug for making Southend a city, and a true constituency MP.’ 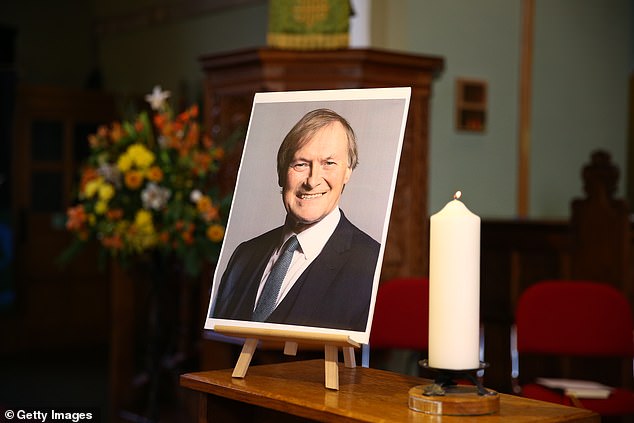 This is the same Cat Smith who last year reported Sir David to Kathryn Stone, the Parliamentary Commissioner for Standards, after he plugged his book Ayes & Ears: A Survivor’s Guide To Westminster at Prime Minister’s Questions.

Smith alleged in her complaint that Sir David might potentially personally profit from the intervention which would be against the rules. The proceeds from the book were, in fact, going to charity.

Britain’s gas reserves amount to a pitiful four or five winter days. Our main gas reserve was shut down in 2017 because of maintenance costs and upgrades that meant it was financially non-viable.

At the time, industry leaders warned the Government of potential trouble ahead. But the then Business Secretary dismissed those fears.

And the guilty man? Step forward Greg Clark, chairman of the Commons Science and Technology Committee which last week lacerated the Government for being ill-prepared for the Covid crisis.

Those in glass houses..?

Consistently top of the Conservative Home website’s league table of ministers, Foreign Secretary Liz Truss is seen increasingly in some circles as the Tories’ next woman leader.

Truss is taking a leaf out of her heroine Margaret Thatcher’s book with plans for a high-profile trip to the Falkland Islands, which of course were visited by the then PM following their liberation by British troops from Argentine invaders in 1982.

Truss also changed her hairstyle, which is starting to look suspiciously like the Iron Lady’s distinctive ‘do’. Pity she can’t deliver a speech like Maggie.

A fan club has been set up on Facebook for the former Speaker, that pompous pipsqueak John Bercow. It’s called ORDER! The Sir John Bercow Fan Club. In his dreams. He’s still plain Mr John Bercow, the first Speaker in more than 200 years not to be automatically elevated to the House of Lords.