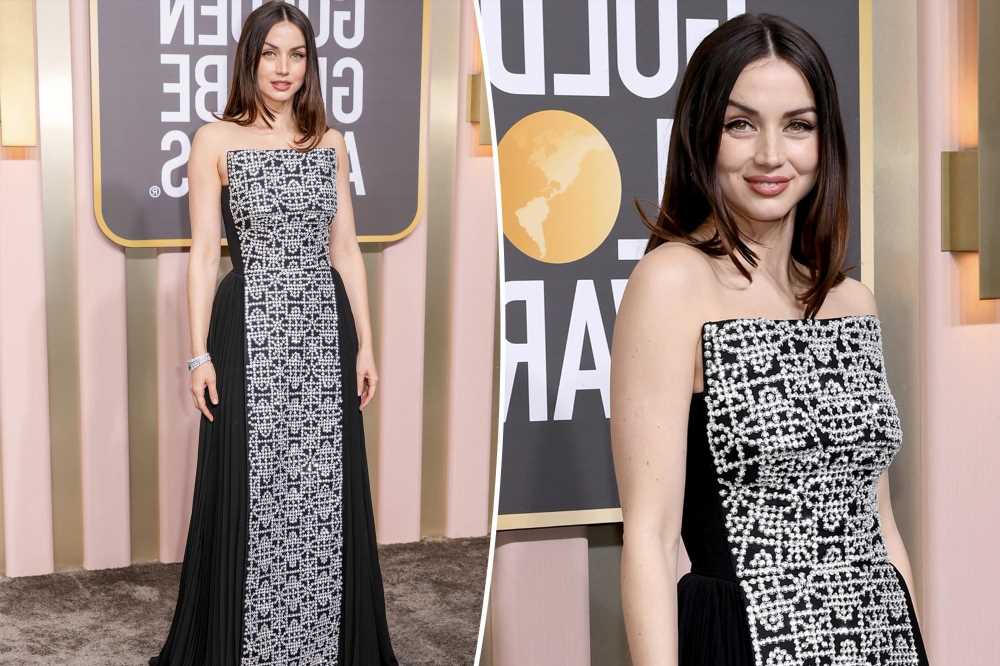 Nick Cave says ‘Blonde’ is his favorite film ‘of all time’

Adrien Brody says ‘Blonde’ is ‘fearless filmmaking,’ meant to be a ‘traumatic experience’

Her strapless gown featured a sharp square neckline with an intricate nailhead pattern down the front, flanked by two pleated panels.

She kept her jewelry simple, accessorizing solely with a diamond-covered bracelet and skipping a necklace or statement-making earrings for a subtle look.

The famous brunette — who rocked her natural dark hair in a simple, sleek blowout at the awards show — stars as Marilyn Monroe in Netflix’s controversial NC-17-rated biopic, and is nominated tonight for the award for Best Actress in a Feature — Drama for the role. 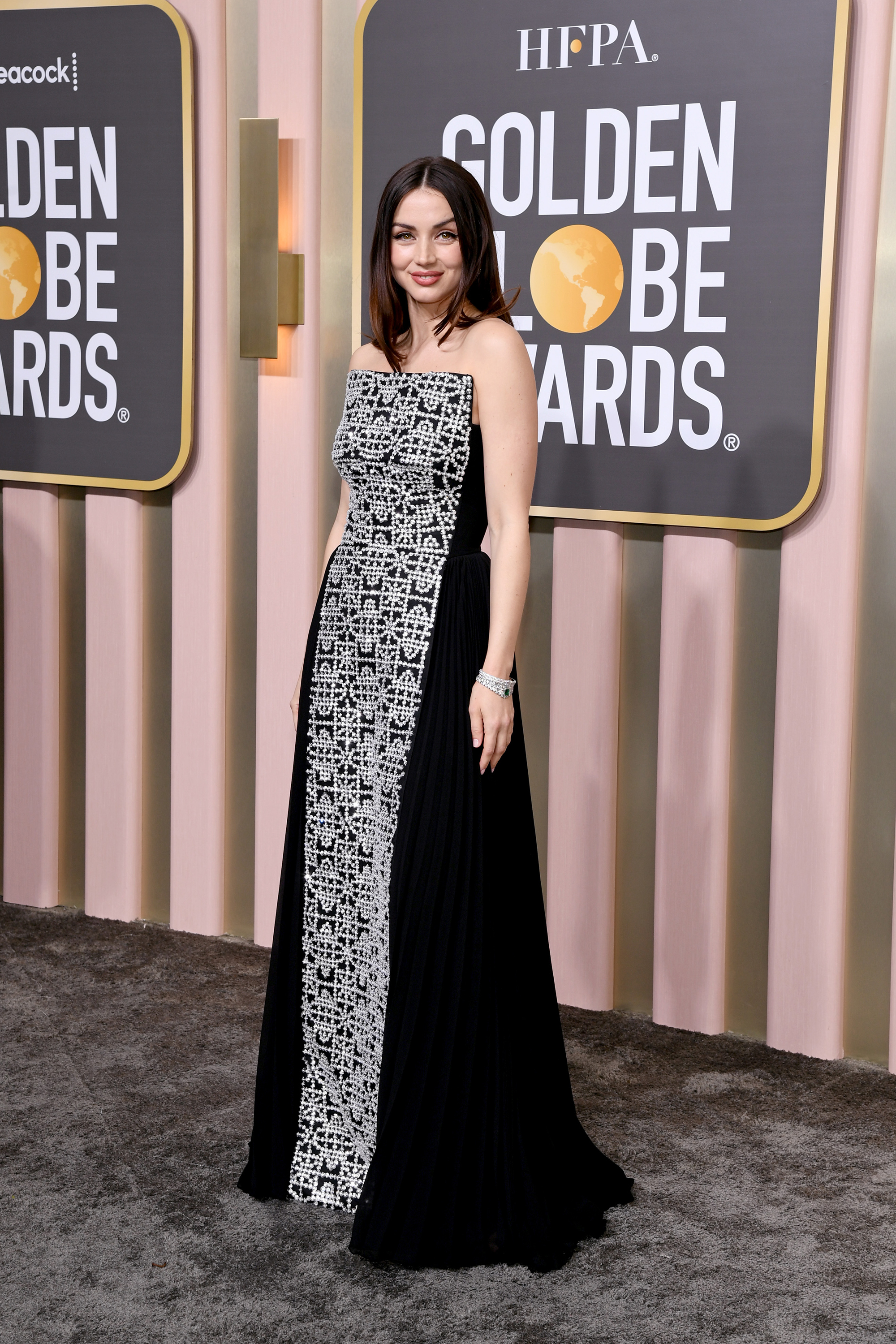 She is also set to present at the awards show alongside Billy Porter, Jamie Lee Curtis, Natasha Lyonne and many more.

Though her dark gown seems to be a departure from Marilyn Monroe’s aesthetic, de Armas previously channeled the late Hollywood icon throughout her “Blonde” press tour, sparkling in a silver sequined gown and a pink pleated halter dress at the film’s premieres in Hollywood and Venice, respectively. 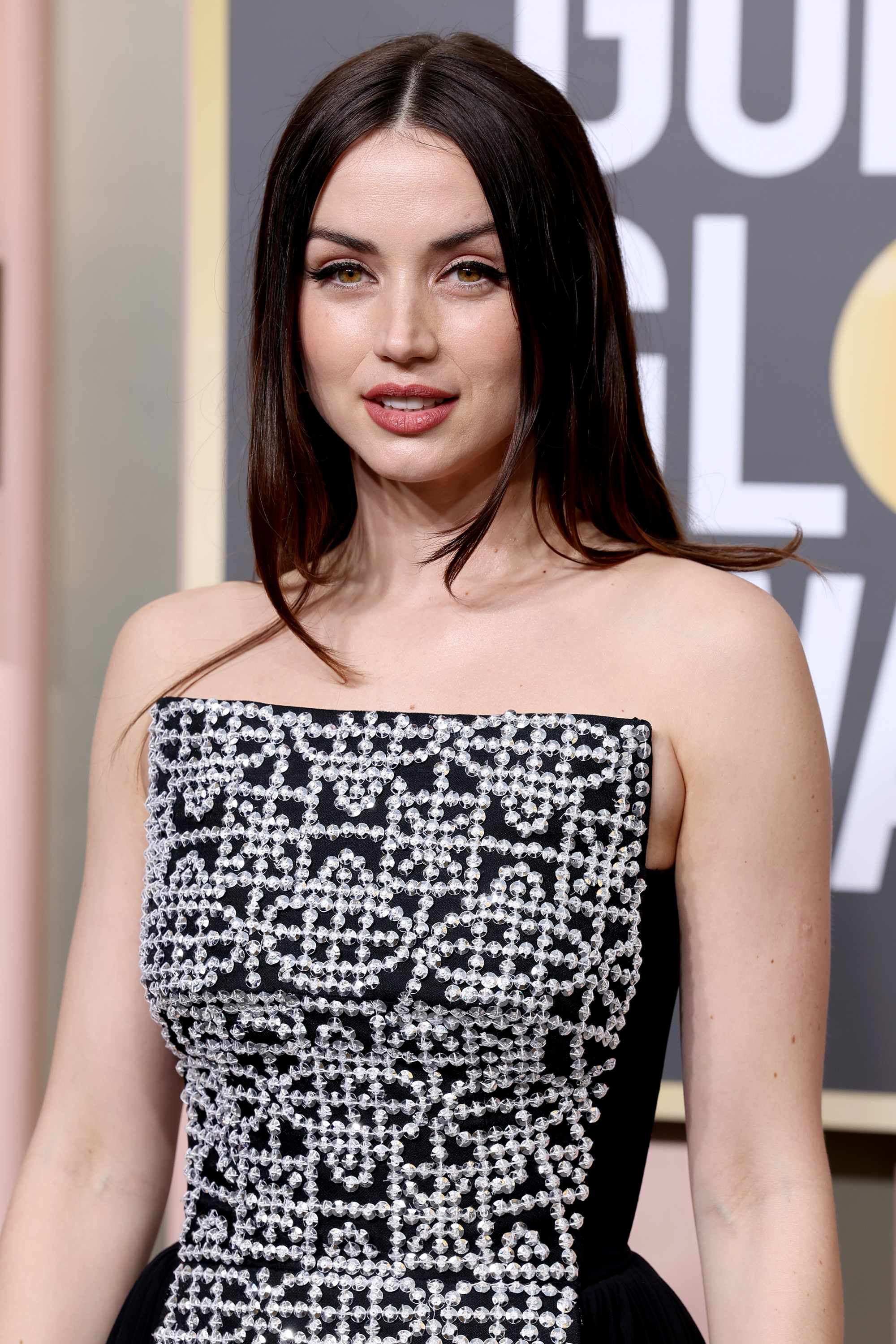 De Armas believes she was haunted by Monroe while filming the gritty movie, and even went to her grave to ask “permission” to participate in the project.

She also spent tons of time getting into character, working for three hours a day to perfect Marilyn’s accent while on the set of “Knives Out” and wearing a bald cap every day to make sure those platinum wigs looked picture perfect.