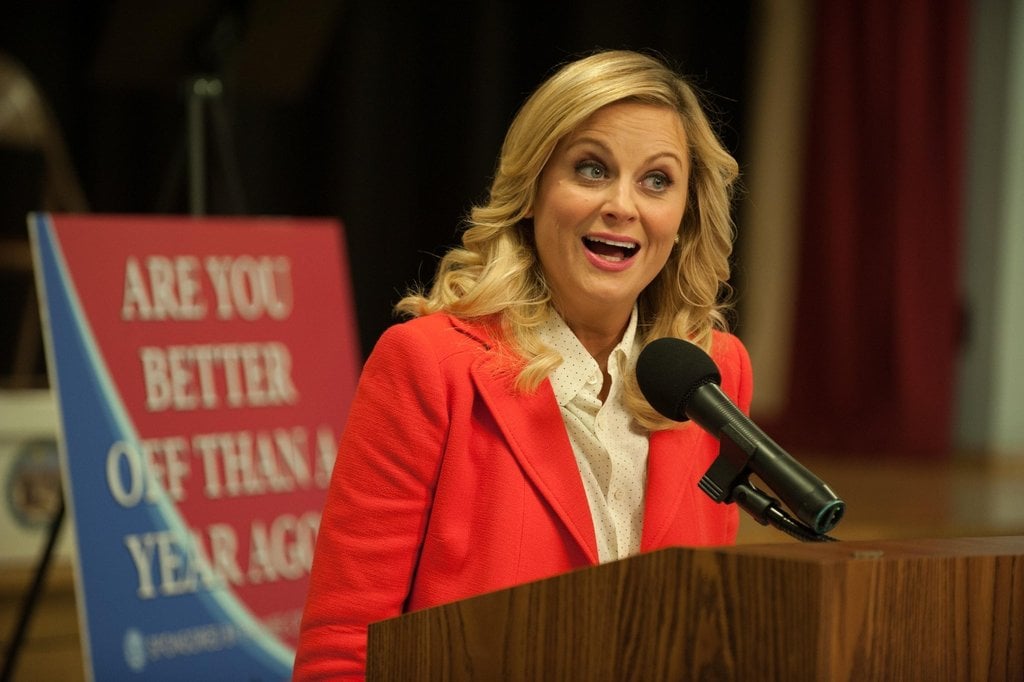 It’s been three years since we tearfully bid adieu to Parks and Recreation, and we’ve pretty much been pining for a reboot ever since the emotional series finale aired. As it turns out, dedicated fans aren’t the only ones on board with the idea of reuniting Pawnee’s finest — leading lady Amy Poehler is, too. “I’m technically available,” Poehler said at the 10th anniversary celebration dinner of Smart Girls, the organization she founded. “I have like six of Leslie’s blazers in my closet, so anytime.”

From 2009 to 2015, Poehler played the role of Leslie Knope, the competitive deputy director of the Pawnee Parks and Recreation Department, a proud waffle-lover, and an even prouder feminist. When the NBC sitcom ended, there were hints that Leslie would go on to become president. While addressing the possibility of a reunion, Poehler said she hadn’t given much thought to Leslie’s storyline, adding that maybe she’d be “president of the moon.”