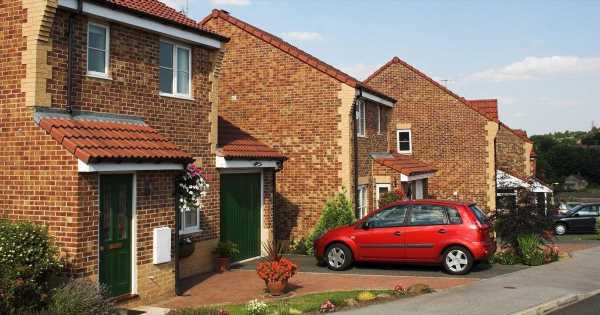 There are many things in day to day life that we don’t even acknowledge as they seem normal to us.

But this one American who is living in the UK has become baffled by some of Britain’s wildest features.

Like why we put trees in tiny metal ‘cages’ and the reasoning behind why some of our supermarkets have clock towers.

All important things to get your head around with…

Each time they come across something in the UK that confuses them, they take their culture shocking moment and post it to TikTok – and Brits of course like to have a bit of fun with it.

In a recent clip that has racked up 103,000 views, the American took a stroll along a street when something caught their eye.

They questioned: “Why do British people build garages in their living rooms but park in their front yards, it’s so strange?”

In true British fashion, many people fled to the comments to poke fun at the American for wondering what goes on behind the garage door.

One person giggled: “We store all our tea in there obviously.”

Another Brit added: “The garage isn't for cars so what's that got to do with the driveway? Garage is for storing tea bags and a permanently boiled kettle.”

Whilst a third said: “We just store stuff in there. The houses are quite small.”

Someone else penned: “Can't be bothered to open and close garage, they'd rather drive off.”

Meanwhile, a fifth person gave a more sensible answer: “Because the garages are built so small (old houses) and cars used to be smaller. Not much room in them for a car.”

However, some Brits actually took the side of the American and also wondered why no one bothers to actually park in their garage.

This user shared: “You have a point actually. I’ve never seen a car into a garage in this country.”

A second questioned: “Have wondered this and I’m British.”

And, this Brit shared: “Yeah, I’m from U.K. and some of the house designs make zero sense. The garage is mainly for storage, cars now are too big for garages.”