New BBC darling, 20, who is set to front her own self-titled sketch show is a social media star who acts, dances and sings – and she’s already won comparisons to Anne Hathaway

A millennial YouTuber is on the verge of stardom after being handed her own self-titled BBC show – just three years after she first started dabbling with acting on social media.

Amelia Gething, of London, started by posting clips on lip-syncing app musical.ly ‘purely for fun’ in 2016 and within months had taken her talent to YouTube, where she won over followers with her dance routines, cover songs and comedy sketches.

The talented 20-year-old, whose doe-eyed beauty has led to comparisons to Oscar-winner Anne Hathaway, now boasts more than half a million subscribers on the site, and a further 420,000 on Instagram. 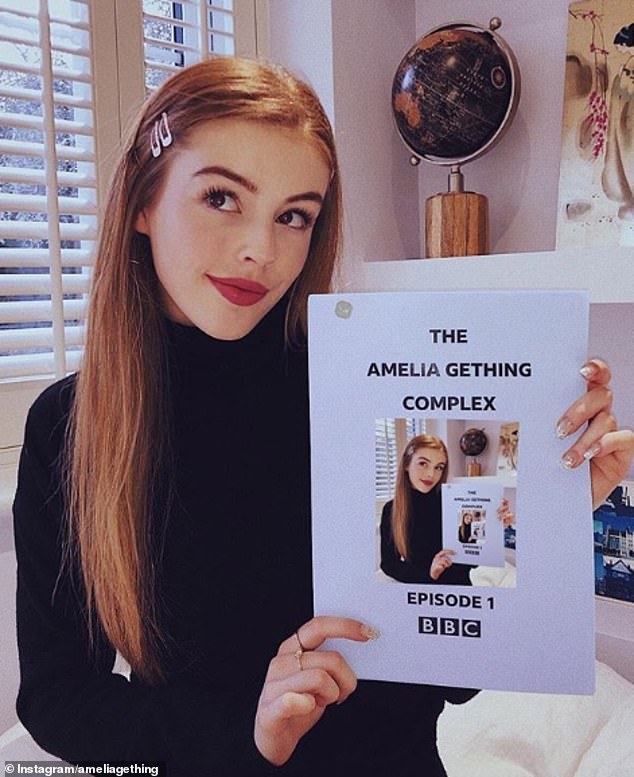 Amelia Gething, pictured, started by posting clips on lip-syncing app musical.ly ‘purely for fun’ in 2016 and within months had taken her talent to YouTube. The next step in her career is sketch show The Amelia Gething Complex, which is set to premiere on CBBC this autumn

The next step in her career is her own sketch show, The Amelia Gething Complex, which is set to premiere on CBBC this autumn.

Speaking to FEMAIL, Amelia, who has also appeared in an episode of Hollyoaks, admitted it is ‘crazy’ to think of how far she has come in such a short space of time.

‘It’s crazy to think that I have been to so many fun places all because of the videos I started making in my room a couple of years ago,’ she said. ‘I’m very #blessed as the kids would say.’

Amelia explained she first joined musicl.ly, now known as TikTok, at the age of 17 after being introduced to the app by a friend.

The app allows users to share short videos of themselves lip-syncing to songs, films and TV shows.

‘I started posting videos on there just as a little hobby,’ Amelia said. ‘When I first started using the app, I didn’t really go on it very often as my main focus was the exams I was taking at the time. 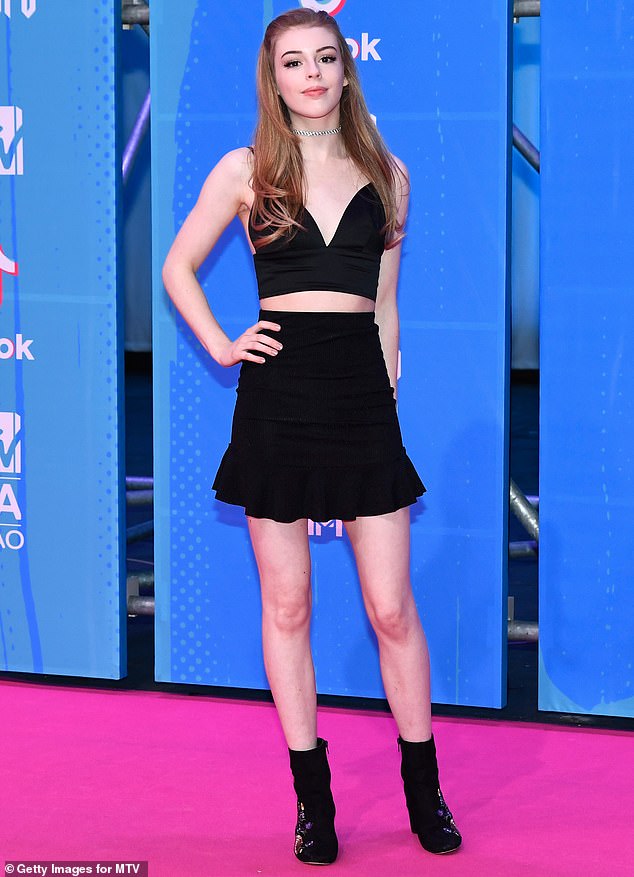 Amelia explained she first joined musicl.ly, now known as TikTok, at the age of 17 after being introduced to the app by a friend. She now boasts almost a million followers across YouTube and Instagram. Pictured, striking a pose at the MTV EMAs in Spain in November 2018 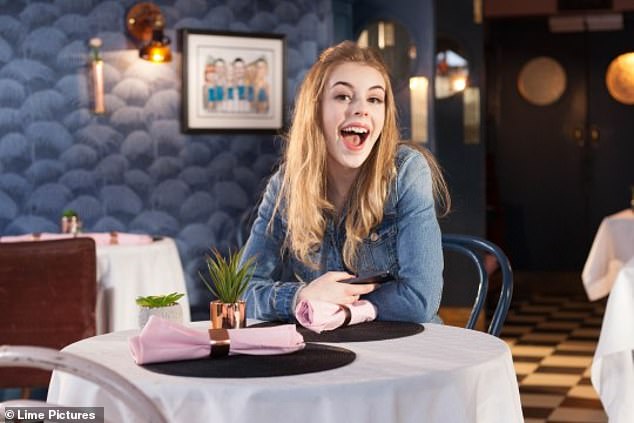 Amelia, who has also appeared in an episode of Hollyoaks, admitted it is ‘crazy’ to think of how far she has come. Pictured, the YouTuber on the set of Hollyoaks

‘But a few of my videos were “featured” [on the app] after a couple of months and I started gaining followers like crazy, it was really weird.

‘Especially when people started to recognise me in public, I was like, “what is even happening?”.’

Months after she posted her first video, Amelia decided to migrate to YouTube, where she would have greater freedom to ‘make longer and more original content’.

She continued: ‘I’ve always loved making videos, it’s always been a passion of mine, I used to make them with my little brother when I was younger. I was scripting and directing silly sketches with him.’ 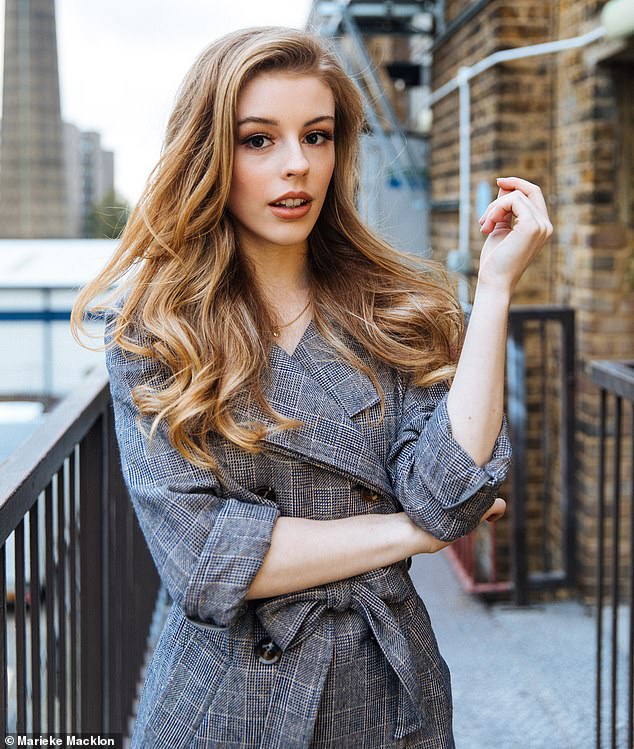 Amelia explained she has always been interested in performing arts but only started taking formal singing and dancing lessons ‘a few months ago’.

She now regularly racks up tens of thousands of followers on clips of herself dancing to Rihanna and singing cover versions of artists like Ed Sheeran.

It is on YouTube that the BBC first noticed Amelia.

‘We had a few meetings about creating a female led sketch show based around the themes and ideas of the sketches I was already creating,’ she explained.

‘After discussing a few different ideas we landed on the weird and wacky world of The Amelia Gething Complex. It’s such a fun show and I cannot wait for everyone to see it.’ 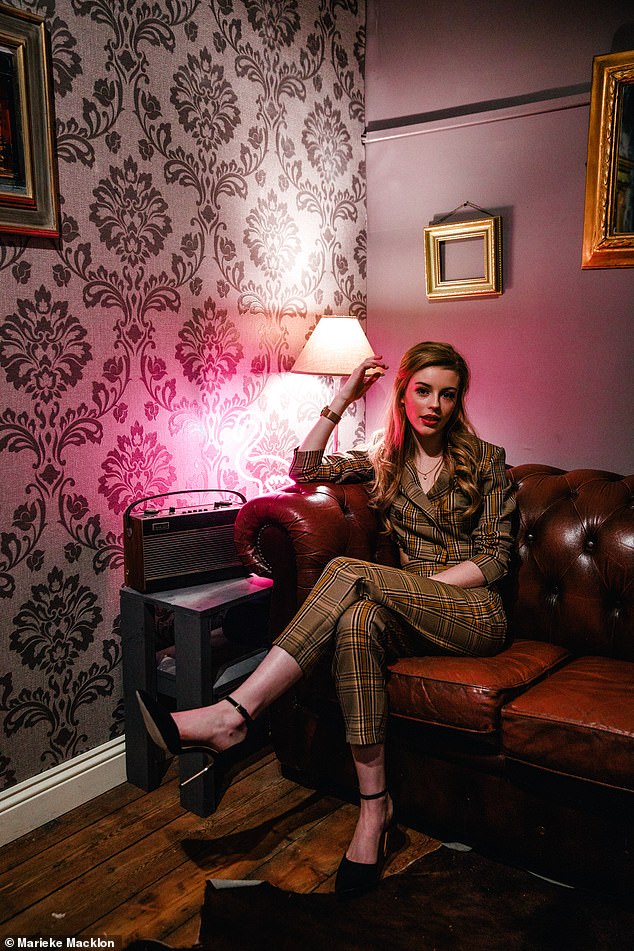 Amelia, pictured in a photo shoot, now regularly racks up tens of thousands of followers on clips of herself dancing to Rihanna and singing cover versions of artists like Ed Sheeran

She wrote: ‘I’m so happy to finally share this with you after keeping it a secret for a year! It’s airing this autumn so keep an eye out! Woop Woop!’

Amelia was also praised by fellow TikTok stars including Gregor and Lisa and Lena.

Despite standing firmly in the glare of the spotlight, the 20-year-old remains refreshingly grounded.

Asked what about the best experiences she has had as a result of her fame, she listed trips to the likes of Amsterdam and Los Angeles, a city she had always dreamed of visiting.

She added: ‘One time in Orlando, the event I was with shut down universal studios for the group of people I was with, and we got to go on the rides loads of time without having to queue, it was wicked.’

The Amelia Gething Complex will premiere on CBBC this autumn.

A domestic violence victim said she thought she was going to die during a sickening attack by her ex. Brave...