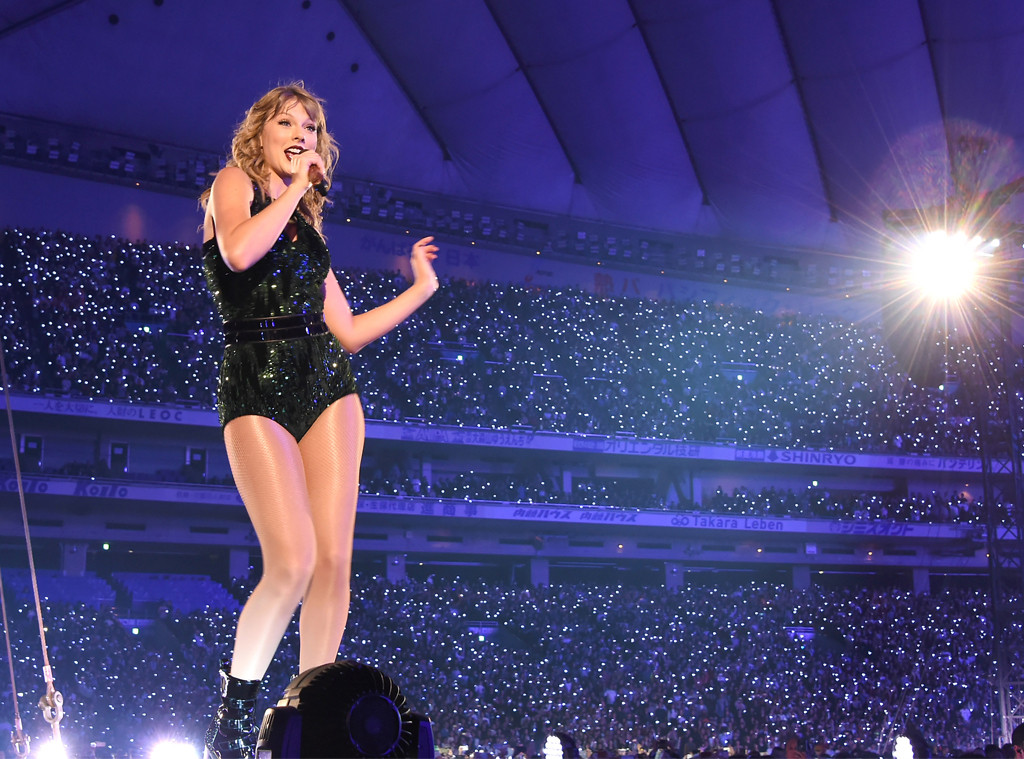 The ceremonial announcing of the Grammy nominations usually unfolds in a certain way for Taylor Swift when she has an album in contention.

But while Swifties expected maximum recognition for reputation, the singer’s scathing rebuttal to assumptions, rumors, backstabbers and various other antagonistic forces she’s come up against over the past decade, the Recording Academy didn’t comply. Instead, Swift is nominated for one 2019 Grammy, Best Pop Vocal Album.

However, while that may sound like a bit of a womp-womp with which to end the year, reputation has already been parsed and celebrated every which way, as evidenced by the fans’ love for it; the thorough mining of every lyric for parts; and the heap of cash people have shelled out to buy a copy and see Swift on tour, which—city by city—merited some of the strongest reviews of her career.

And since Swift already has two Album of the Year Grammys, and in fact was the first solo female artist to win that category twice, somehow we don’t think she’s busy crying into her cookie dough. (And by not being nominated for Album of the Year, she gets to avoid being the subject of all the inevitable follow-up stories about how the wrong person won that seem to get written every year. The Academy may have done her a favor.)

Besides, reputation—and 2018 in general—was more about Taylor getting a few things off her chest than it was about amassing more hardware.

She won four American Music Awards, including Artist of the Year, in October, becoming the most honored female artist in the show’s history with 23 wins. She also has more Billboard Music Awards—23—than any solo act, having added three to her haul in May.

And rather than by some stodgy patriarchal institution that caused a #GrammysSoMale situation earlier this year, the BMAs and AMAs are decided on by fans, the ones who plunk down money to boost album, single, ticket and merch sales and those who are happy to online-vote the day away for their favorites.

“You have been so nice to me—and fun, and you’re so funny and you’re so cool—and so loyal,” Swift said at the AMAs, accepting for Artist of the Year. “It’s not lost on me.” 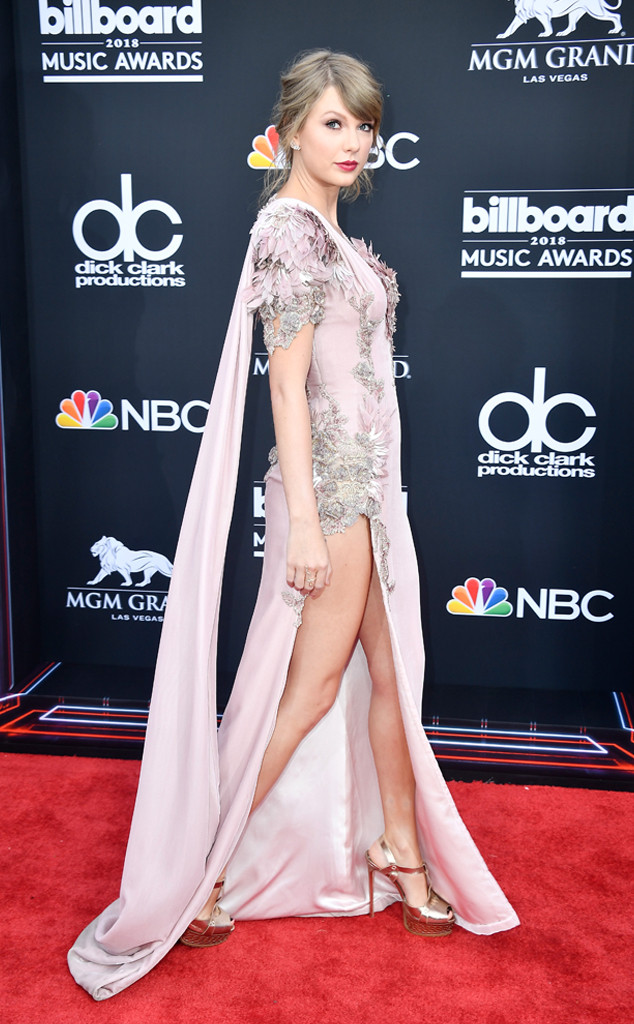 That connection with her fans never diminished in their eyes, even when Swift was making concerted efforts to stay out of the public eye, laying off social media, not making obvious, immaculately dressed forays to and from the gym and, most notably, not releasing music—which prompted the culture vultures to circle and the prognosticators to wonder if T.Swift was kinda over in the wake of yet another breakup, a couple of public feuds and any other perceived missteps.

She did only one live performance in all of 2016 and took a whole extra year to finish reputation, breaking her every-two-years album release cycle—and still her public awaited her as usual, with eager open arms.

“I understand how lucky I am to have anyone that cares about me or my music…wow,” Swift also said at the AMAs. “Every time that you have made me lucky enough to stand on a stage and have something really sparkly in my hands and say ‘thank you,’ every single time this happens…it means something different to me.

“This time I just want you to know it represents encouragement and motivation for me to be better, work harder and try to make you guys proud as much as I possibly can.”

By now she probably doesn’t have to do much to win her fans’ approval, but she continues to go all out just the same.

And speaking of those who think that every little thing she does is magic, Swift is celebrating her 29th birthday today while in a solid, serious and very private year-and-a-half-long relationship.

While she has the right to approach romance any way she likes, and there are love-sex-and-butterflies-inspired songs on reputation, including “End Game” and “Delicate,” Swift has broken out of her trappings-of-fame dating rut with Joe Alwyn, whom she first met in late 2016. 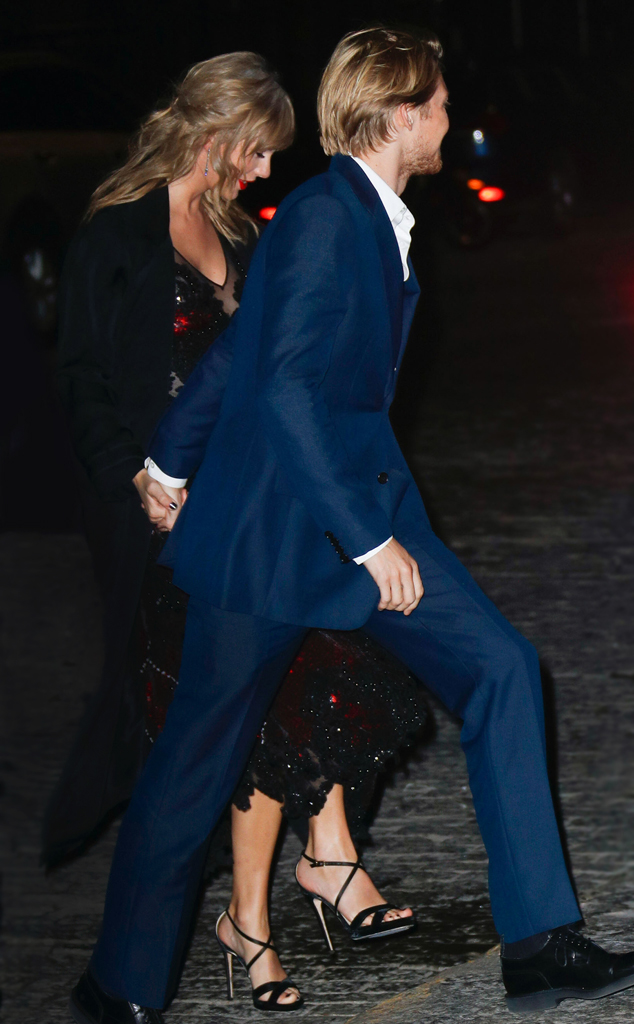 “I think we have been successfully very private and that has now sunk in for people… but I really prefer to talk about work,” Alwyn told British Vogue in September.

And while Swift’s dating life has historically seemed inextricable from her work, suddenly it just…isn’t.

People of course still crave whatever details they can get, but the pair managed to go about their business this year both devoted to each other and relatively unencumbered by the weight of expectations, for them as individuals and as a celebrity couple. Maybe it’s mainly a sign that everyone involved is growing up (including the casual observers), but Swift’s revamped approach to dating is doing her justice.

She and Alwyn aren’t avoiding each other’s big moments—or general fun nights out—but they haven’t walked a red carpet together yet or cuddled up at award shows, instead going about their business almost as if they were normal people. 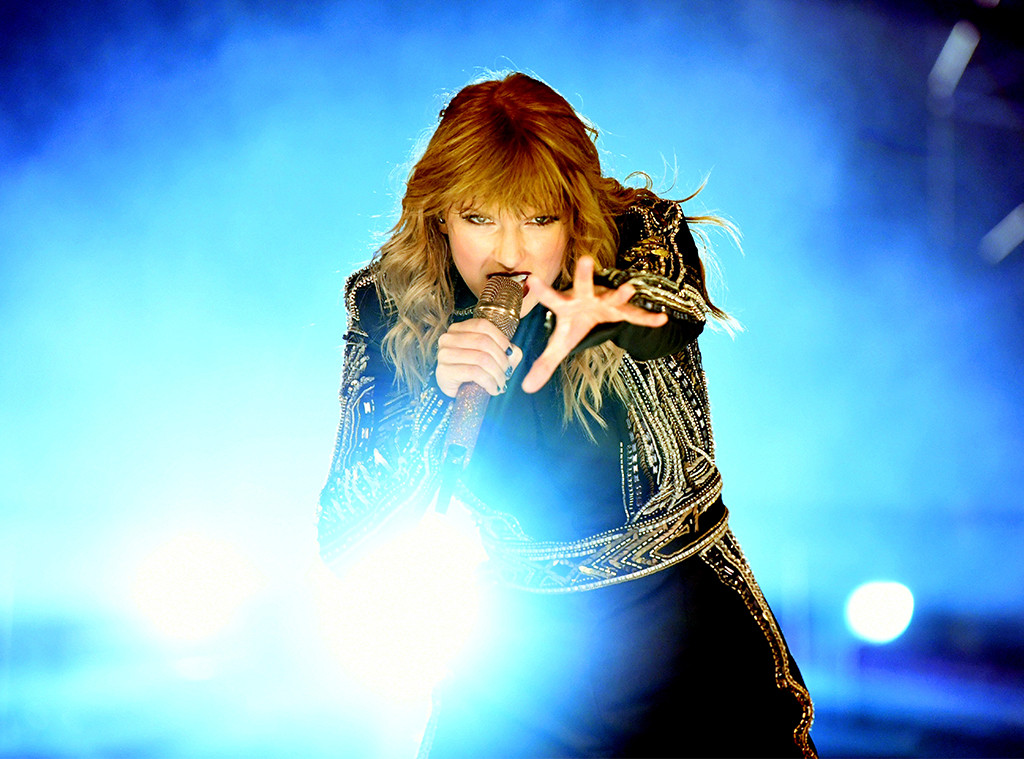 Alwyn was in Arizona to watch Swift kick off her Reputation Stadium Tour in May, then the couple spent the Fourth of July in Turks & Caicos—a different kind of Independence Day for Swift—instead of getting the squad back together at her house in Rhode Island, which once upon another time was a yearly event. She also quietly joined Alwyn at the New York Film Festival in September at the premiere of his latest movie, the biting period dramedy The Favourite, and she was spied showing up at the Mary Queen of Scots premiere (OK, Alwyn may be getting typecast) in London on Monday.

Meanwhile, they have acknowledged each other’s existence on Instagram, but mostly their accounts have remained couple-free zones. Swift’s most recent non-Story addition is from Nov. 22—a hearty endorsement of The Favourite, in which Alwyn and co-star Nicholas Hoult are tagged in the caption (the female leads, including longtime pal Emma Stone, are not—presumably because they don’t have Instagram).

Ever discreet, Alwyn reiterated to Esquire in its Winter 2019 issue, “I think there’s a very clear line as to what somebody should share, or feel like they have to share, and what they don’t want to and shouldn’t have to.”

Swift acknowledged in August, to a small audience at an AT&T-hosted Taylor Swift NOW concert in Chicago, that reputation‘s first single, “Look What You Made Me Do,” made many people think the album was going to be all about one thing (such as telling all your enemies where to stick it).

Instead, she said, per Us Weekly, “It’s legitimately an album about finding love throughout all the noise. It starts with the noise and how that makes you feel, and how it makes you feel when people are saying things about you that you feel, like, aren’t true and living your sort of life in defiance of that. And then, sort of, in the middle of the album you kind of realize, ‘How much do I really value that?’

“If you can find something real in spite of a bad reputation, then isn’t that what matters the most to you? And doesn’t it matter the most to you that you know who your real friends are now?” 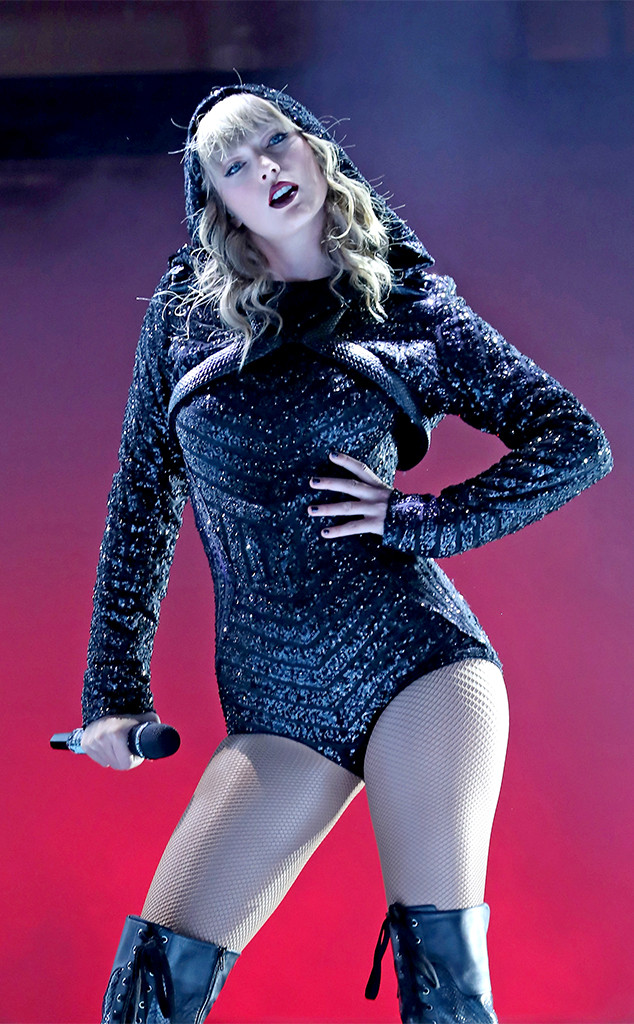 Finally knowing who her real friends are should indeed be considered a major development—as was Swift’s long-awaited foray into thornier issues facing the country.

Ironically, Swift’s first public political endorsements—for Tennessee Democrats Phil Bredesen and Rep. Jim Cooper—came in the wake of Kanye West‘s controversial, convoluted endorsement of President Donald Trump‘s thought process, if not his policies. West was rewarded with a meeting at the White House, but Swift speaking up inspired a reported 65,000 people to register to vote, according to Vote.org.

Unsurprisingly, those who welcomed Kanye’s commentary were quick to judge Taylor as being out of her element. Trump’s reaction, when asked about Swift endorsing Democrats, was pretty benign, for him. He liked her music “about 25 percent less,” the president told reporters, looking amused.

If this midterm election wasn’t a time to speak out, then when? But it’s still funny that Swift’s reputation journey—which started with a pointed reference to the rapper on “Look What You Made Me Do”—came full circle with an unintentional counterpunch to another brash display from West. (At the end of October, he tweeted that he had “been used to spread messages” he didn’t believe in and was “distancing” himself from politics.)

⬆️These two Tennessee women⬆️ voted for the candidate who has proven himself to be reasonable and trustworthy. We want leadership, not fear-based extremism. Early voting goes til Thursday and Election Day is November 6. Please don’t sit this one out.

⬆️These two Tennessee women⬆️ voted for the candidate who has proven himself to be reasonable and trustworthy. We want leadership, not fear-based extremism. Early voting goes til Thursday and Election Day is November 6. Please don’t sit this one out.

Cooper held onto his seat, but Bredesen lost—welcome to politics, Taylor. Yet overall, those who had maligned her for not using her uniquely influential platform to speak up during the 2016 presidential election were just as quick to welcome Swift’s perspective to the table this year.

Apparently those who missed her voice on the subject assumed that, if she did speak out, she’d agree with them, though some had come to the suspect conclusion that Swift stayed silent because she harbored conservative views.

Ultimately, Swift spoke up for what she thought was right.

The old Taylor probably didn’t need to die for this one to live, but what rose from those ashes has been impressive nonetheless.