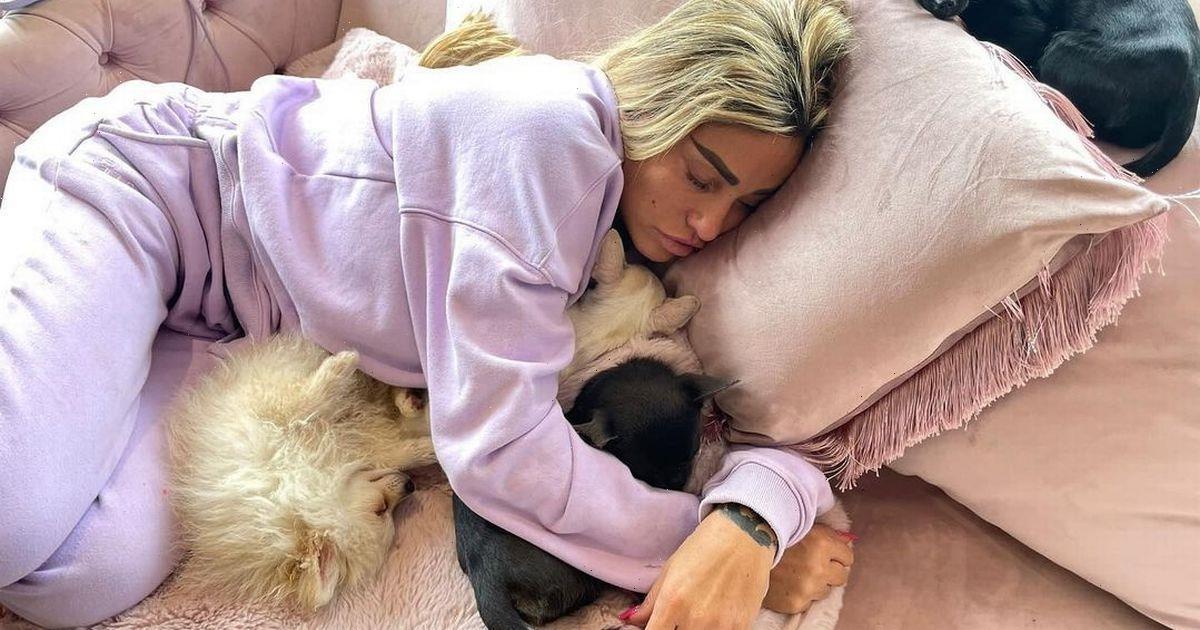 Katie Price was reportedly grieving the loss of her sixth pet on Friday, after her beloved Pomeranian Sharon was killed in a car accident.

It is believed that the Pomeranian escaped and ran onto a busy road where she was hit by a car, however this is not the first pet to suffer a similar fate in Katie's care.

The dog was picked up off the A24 by the driver of the vehicle and taken to the Arun Vets in Pulborough, West Sussex, where she was pronounced dead.

This marks the glamour model’s sixth pet death, with Katie coming under fire from animal-lovers to ban her from owning further pets.

An onlinepetition to ban her from owning pets arose after the recent deaths of her dogs Rolo, Queenie, and Sparkle, as well as her pet chameleon and her horse. The petition, which was launched two years ago on change.org has so far received over 26,000 signatures at the time of writing.

In July 2020 puppy Rolo died just three weeks after being gifted to Princess for her 13th birthday.

It was claimed the dog suffocated after it was crushed in an electric-powered arm chair. Katie revealed she was illegally advised to give the pup cannabis oil, who then fell asleep under the electric chair and was suffocated when the family’s nanny sat on the chair.

Katie's Alsation Sparkle was also fatally hit by a car in 2020 just months before Rolo’s death.

Further tragedy struck the Price family in 2018 when another of her Alsatians, Queenie, was hit and killed by a delivery driver. The star paid tribute to the one-year-old pet, who was gifted to her by then-husband Kieran Hayler in 2016, on Instagram.

She wrote: 'I'm absolutely Devastated heartbroken my faithful loving family dogs life Queenie has been shortened as she was killed by a heartless delivery driver who ran into our dog seeing her struggle and drove off without telling us and left her to die very disappointed a human being can be this heartless! (sic)'

Back in 2017, one of Katie’s horses was killed on the same road as Sparkle and Sharon, the A24 in Sussex, after it was also hit by a vehicle after escaping from a field.

The same year the family’s chameleon Marvin died, with Katie claiming the reptile died of a broken heart after her children Junior and Princess moved in with her ex-husband Peter Andre over the summer.

Katie also had to rehome her Alsation Bear in 2019 after he posed a threat to himself and her kids, with three near death experiences in a matter of weeks.

Animal-lovers have taken to Twitter to express their anger following the latest death.

One user tweeted: “Enough is enough. This woman needs to be banned for life from even looking at another animal. She will probably go out tomorrow and spend thousands on replacing it. She’s not had the dog even that long, just a few months.”