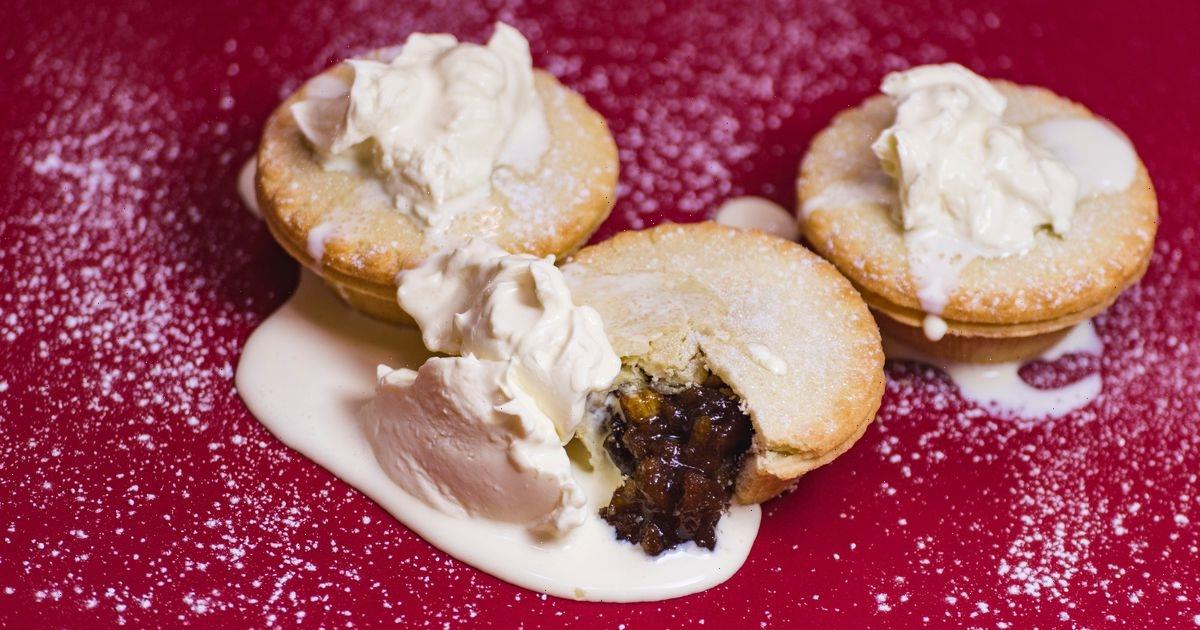 For some, it's the Christmas adverts that's put them in the festive spirit. For others, it's tucking into a box of Celebrations or visiting one of the country’s festive markets to enjoy their edible offerings.

Christmas most certainly is the most wonderful time of the year when it comes to the food and drink department.

A buttery mince pie is just the thing for getting into the festive spirit. And if you know where to look, you can find luxury pies for just 29p each, which is perfect for when celebrating Christmas during the cost of living crisis.

In blind taste tests by Which?, Aldi's £1.75 pack of six Specially Selected Mince Pies were given 'Best Buy' status.

M&S are known for having good festive options, as shoppers recently went wild for an M&S bottle of bubbly filled with gold glitter featuring flakes of edible 22-carat gold leaf

Which? said: "We only award the Best Buy logo to those products that hit the gold standard for quality."

It also praised Co-op's Irresistible All Butter Pastry Luxury Mince Pies (£2.25 for six) but said some mince pies were less impressive, including Morrisons' The Best and Tesco's Finest.

"Asda’s Extra Special Mince Pies (£2.50 for 6) were also considered a tasty option and the judges commended their enticing, festive design and well-balanced flavour."

The Which? Head of Home Products and Services, Natalie Hitchins, said: "There’s nothing quite like a deliciously warm and crumbly mince pie straight from the oven to get you in the festive spirit.

"The competition was tight this year but the luxury mince pie offerings from Waitrose and Aldi have come out on top.

"Our experts tasted pies from the biggest supermarkets in the UK to find out which ones will make the holiday season extra festive this year and found some great options which won’t break the bank."